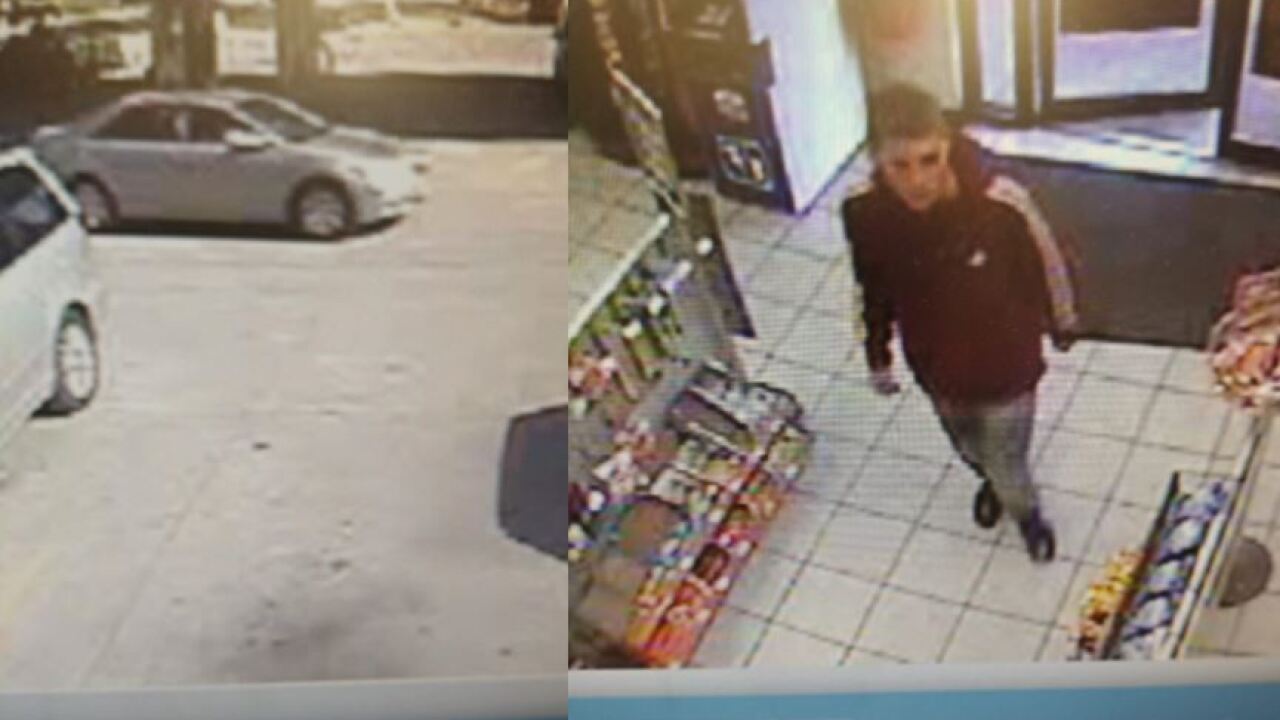 GREENWOOD — The Johnson County Sheriff's Office has arrested a suspect in a drive-by shooting Tuesday morning.

An 18-year-old was arrested on the suspicion of attempted murder around 5:15 p.m. Tuesday, according to a press release from the sheriff's office.

Deputies responded to the 5000 block of Old Smith Valley Road around 11:30 a.m. on the reports of shots fired and/or a drive by shooting.

Police say the suspect vehicle is described as a 2005-2014 tan/beige Toyota Camry with a donut tire on the front driver's side.

Witnesses described the driver as wearing a blue ball cap and a white and blue t-shirt. The Shooter is also male with blue eyes and a music note tattoo on his neck.

The sheriff's office says the photo above shows the suspected shooter and vehicle they were driving in.

Three Greenwood schools were placed on a 'soft-lockdown' in the same area Tuesday morning around the same time because of police activity in the area, the school systems said.

Police have not yet said if the two situations are connected.

If you have any information contact the Johnson County Sheriff's Office at 317-346-4654.