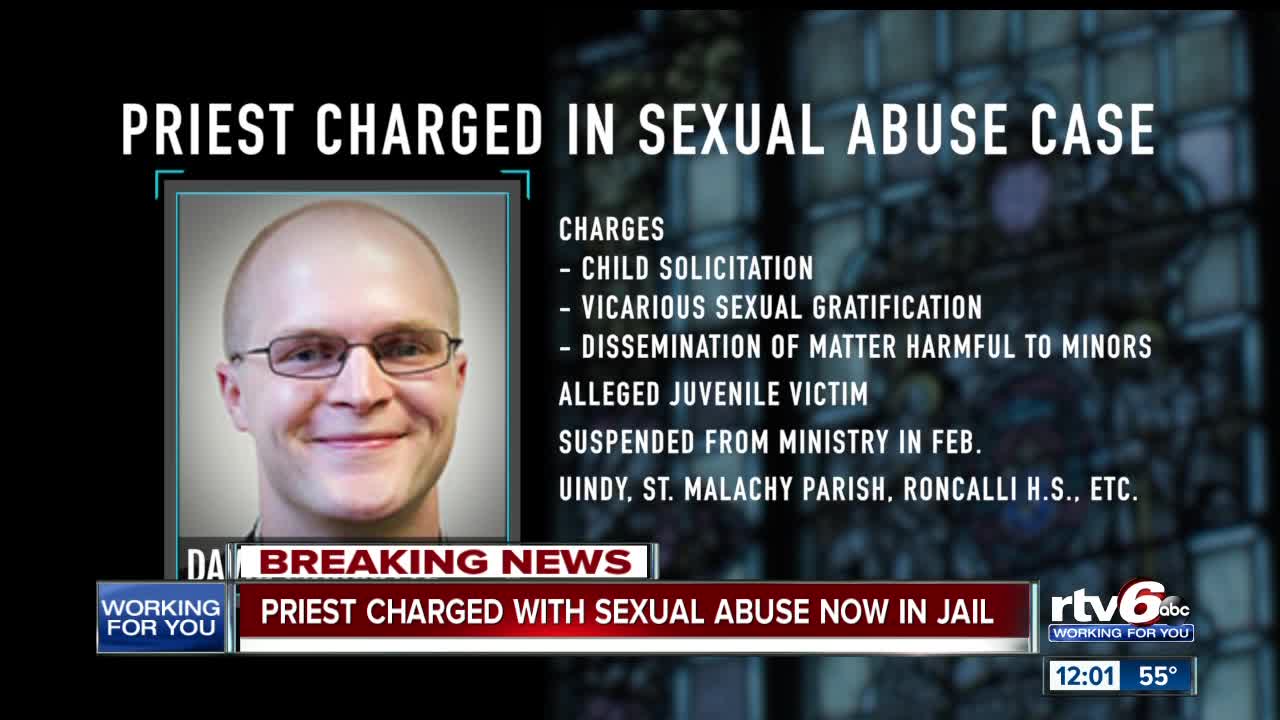 A suspended Catholic priest charged in a sexual abuse investigation is now in custody. 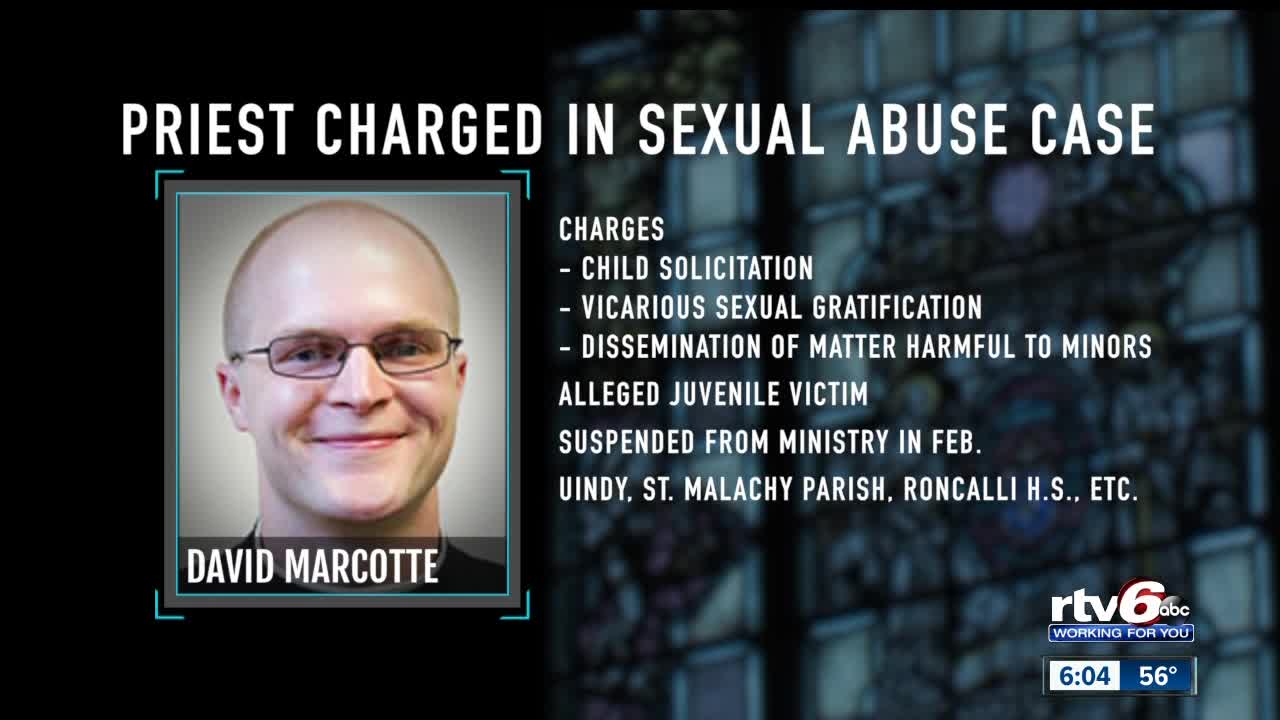 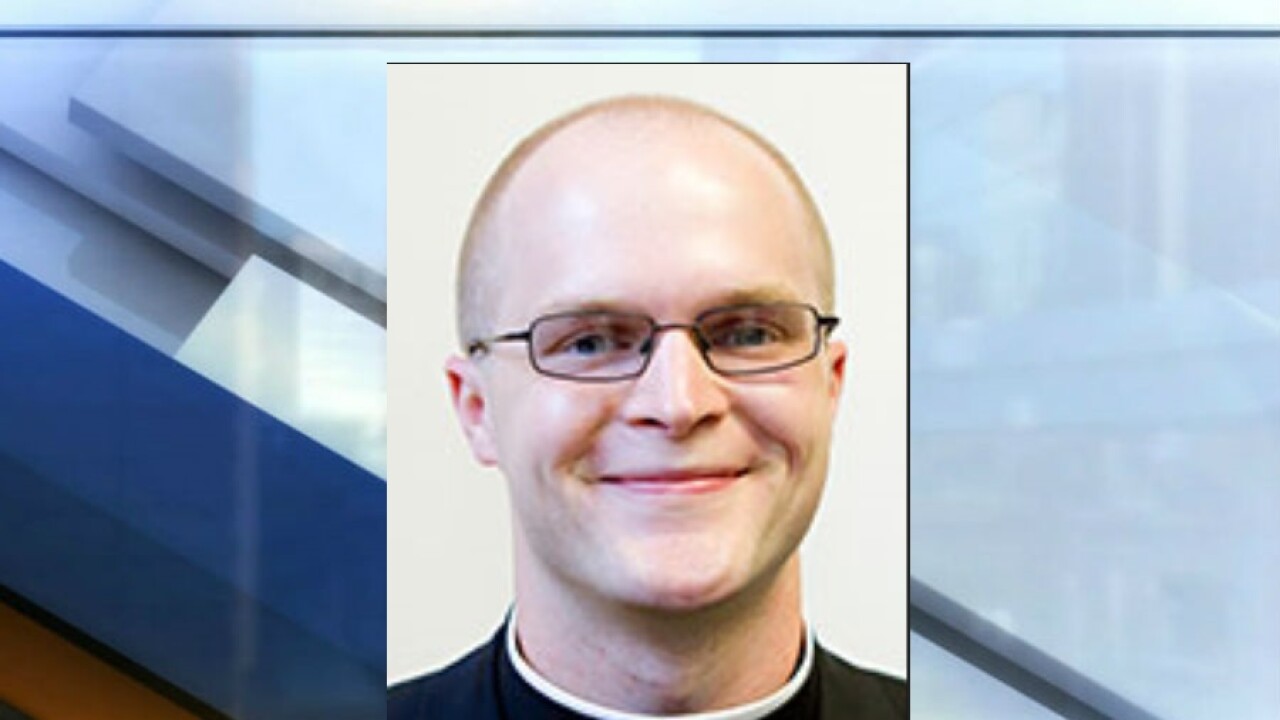 UPDATE: Fr. David Marcotte was booked into the Hamilton County Jail early Tuesday and was released on an own recognizance bond, according to Hamilton County jail officials.

HAMILTON COUNTY — A suspended Catholic priest in Indianapolis has been charged in a Hamilton County sexual abuse investigation.

The Archdiocese of Indianapolis suspended Marcotte from ministry in February after its victim assistance coordinator learned of the abuse allegations. The Archdiocese alerted authorities and notified the chair of the Archdiocesan Review Board about the allegation.

"The Archdiocese has cooperated with law enforcement throughout its investigation," the Archdiocese said in a statement. "Fr. Marcotte has been prohibited from all public ministry while the investigation and legal process is ongoing."

"Let us hold all victims of sexual abuse and misconduct and their families in prayer," the Archdiocese said in its statement.

According to court documents, Marcotte allegedly sent inappropriate pictures to the juvenile victim and engaged in sexual conduct via various social media platforms, including apparent attempts to recruit others to participate.

After the investigation began The Most Reverend Charles Thompson, Archbishop of Indianapolis, sent a message to Roncalli High School families.

"I apologize to all victims, their families and loved ones who have suffered any form of abuse or misconduct by clergy," said Thompson. "I promise to do everything in my power to support you in your healing."

The University of Indianapolis provided a statement Friday night that it released in February.