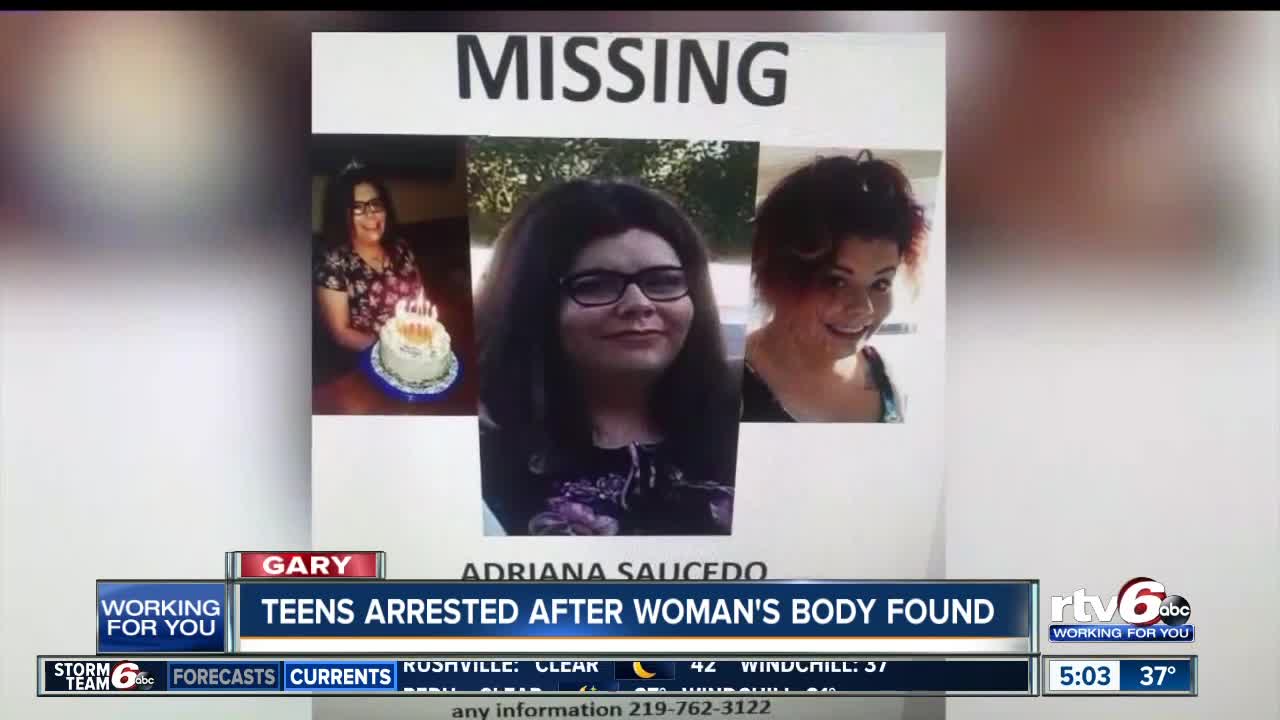 Three teens have been arrested in connection to a missing northwest Indiana woman.

GARY — Three teenage boys are in police custody on Monday morning in connection to the death of a missing northwest Indiana woman.

Adriana Saucedo, 27, was found in an abandoned elementary school in Gary.

Police say Saucedo met a 15-year-old boy on Facebook. Tuesday night, he and two other teens picked her up from her home in Portage.

Investigators say once she was in the car, the teens shot her, then dumped her body at the school.

So far, no charges have been filed.