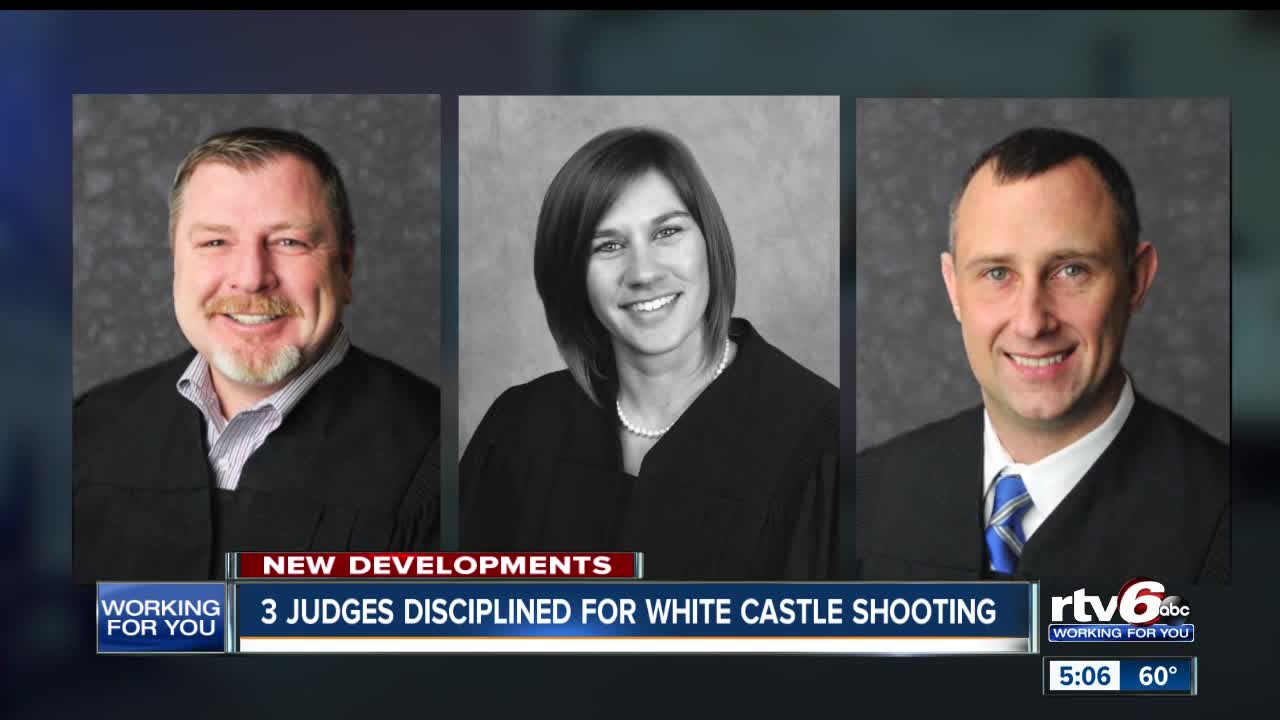 Three judges have been disciplined for an incident that led to two of the judges being shot outside an Indianapolis White Castle on April 30. 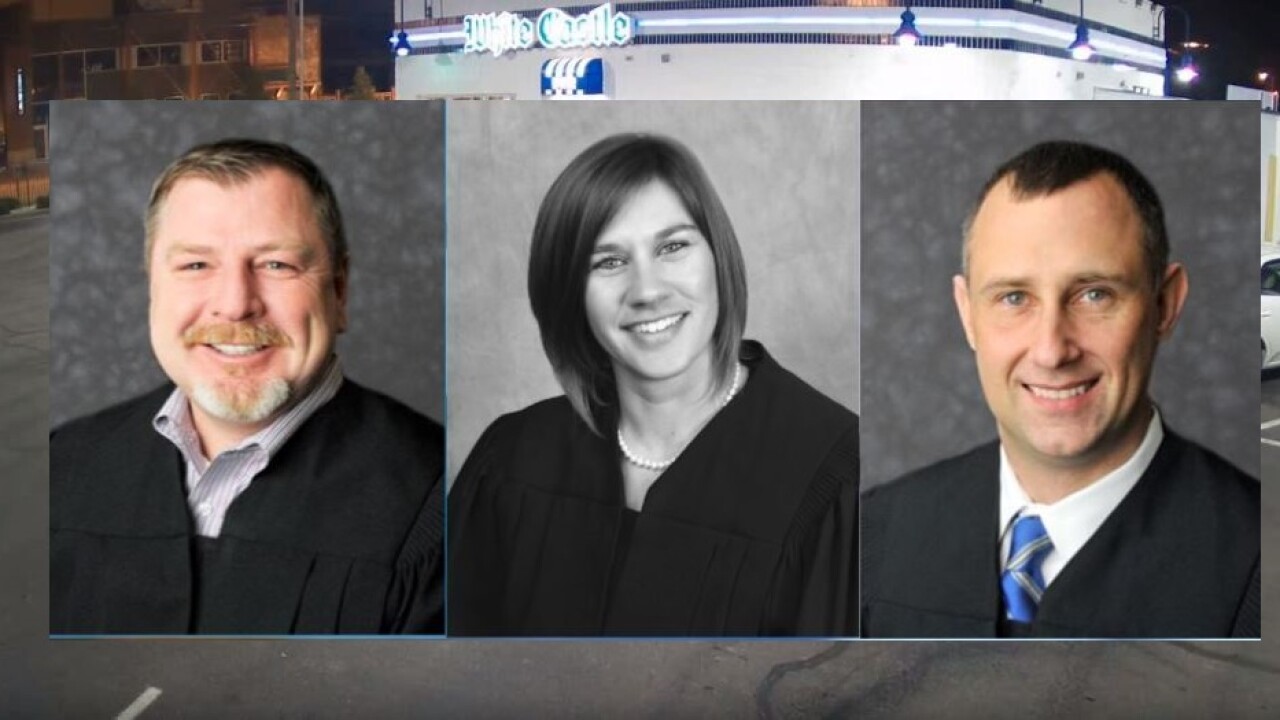 INDIANAPOLIS — Discipline charges have been filed against three judges in relation to the May 1 incident that led to a shooting outside of a White Castle in downtown Indianapolis.

New information revealed in the case on Friday also detail what happened in the hours and minutes leading up to the shooting that left Clark County Circuit Court judges Andrew Adams and Bradley Jacobs suffering from gunshot wounds.

Those court documents were filed October 11 in the Supreme Court.

The court documents detail the night of the shooting, which began when Crawford County Circuit Court Judge Sabrina Bell and Jacobs had dinner and drinks with several other judges and a magistrate on the night of April 30. After dinner, Adams joined the group and several of them went to the Claddagh Irish Pub for more drinks. Bell, Adams, Jacobs and a magistrate all ended up at Brothers Bar & Grill where they "continued to drink alcoholic beverages and socialized" until around 3 a.m.

At that time, the four walked to The Red Garter Gentleman's Club and tried to go inside, but the club was already closed. They then walked to the nearby White Castle on South Street.

Just after 3 a.m., court documents say a blue SUV driven with both Alfredo Vazquez and Brandon Kaiser went by the group of judges outside the White Castle and yelled something at them. Bell then "extended her middle finger to the occupants of the SUV."

After that incident, court documents state that Vazquez parked the SUV and went over to where the judges were standing. A heated verbal altercation between the two groups turned into a physical confrontation between the four men and at some point during the encounter both Jacobs and Adams were shot.

Judges Adams and Jacobs were both taken to the hospital where they were treated for their injuries and later released. Detectives later arrested Adams and the two other men involved, Vazquez and Kaiser.

Judge Adams accepted a plea agreement to plead guilty to battery resulting in bodily injury on September 9. Under the plea agreement, prosecutors agreed to dismiss six additional charges against Adams. He received a suspended sentence of 365 days. Adams has also petitioned to be reinstated to the bench.

On October 11, the Indiana Commission of Judicial Qualifications filed disciplinary charges against the three judges; Bell, Adams and Jacobs.

"The Commission alleges misconduct related to the judges' behavior on May 1, while in attendance at a judicial education conference, which led to a physical altercation and resulted in Judges Adams and Jacobs being shot," the statement from the Supreme Court's decision reads.

The three judges each have 20 days to file an answer to the charges filed against them.