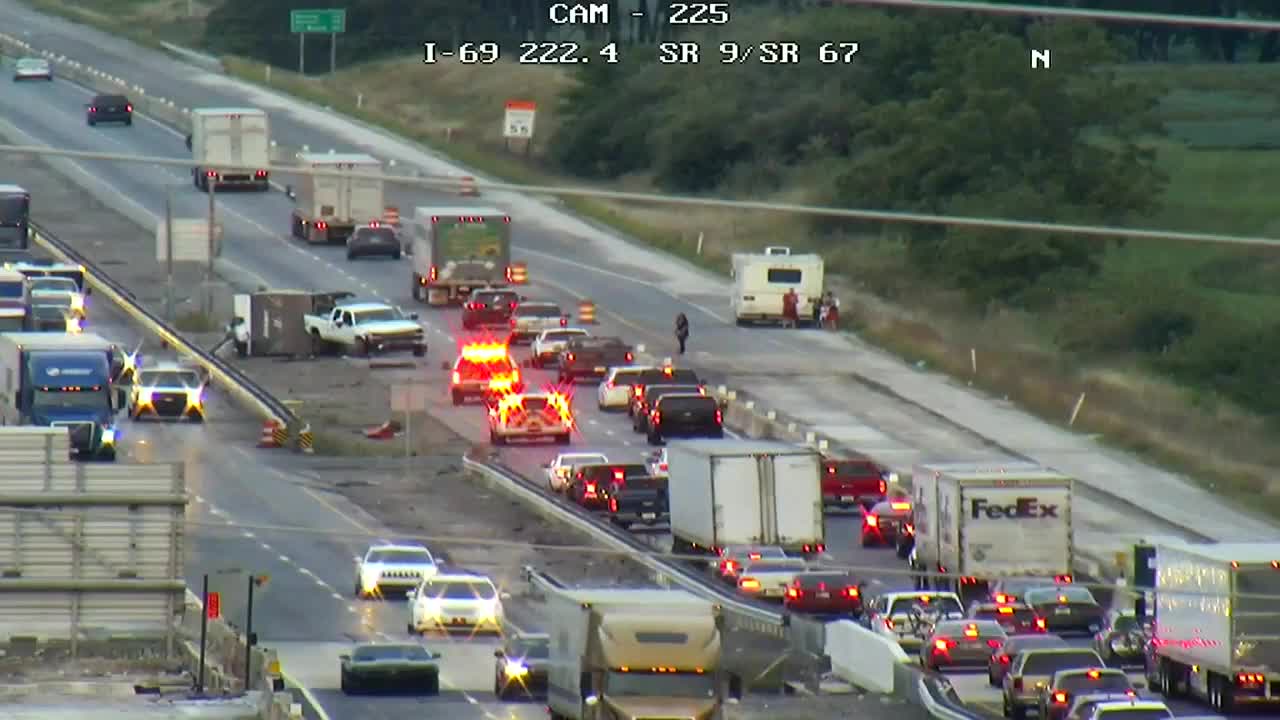 Around 7:45 p.m., Indiana State Police troopers and emergency personnel were called to I-69 northbound near the 222 mile marker after a truck towing a camper flipped over, ISP Sgt. John Bowling said in a press release.

A 45-year-old man, of Indianapolis, told troopers he lost control, swerved to avoid another vehicle pulling a camper, jack knifed the camper he was pulling and hit a vehicle, Bowling said. The man was later arrested on the suspicion of operating while intoxicated with a passenger under the age of 18. No injuries were reported.

Around 9:30 p.m. near the 224 mile marker of I-69 northbound, troopers were called to investigate two semi-trucks stopped in the roadway, Bowling said. When they arrived, they determined a 62-year-old man, of Waverly, Tennessee, allegedly punched the driver of the other semi-truck after they collided.

The 62-year-old man was arrested on the suspicion of battery causing injury, Bowling said.