Two arrested in connection with double homicide on Indianapolis' west side 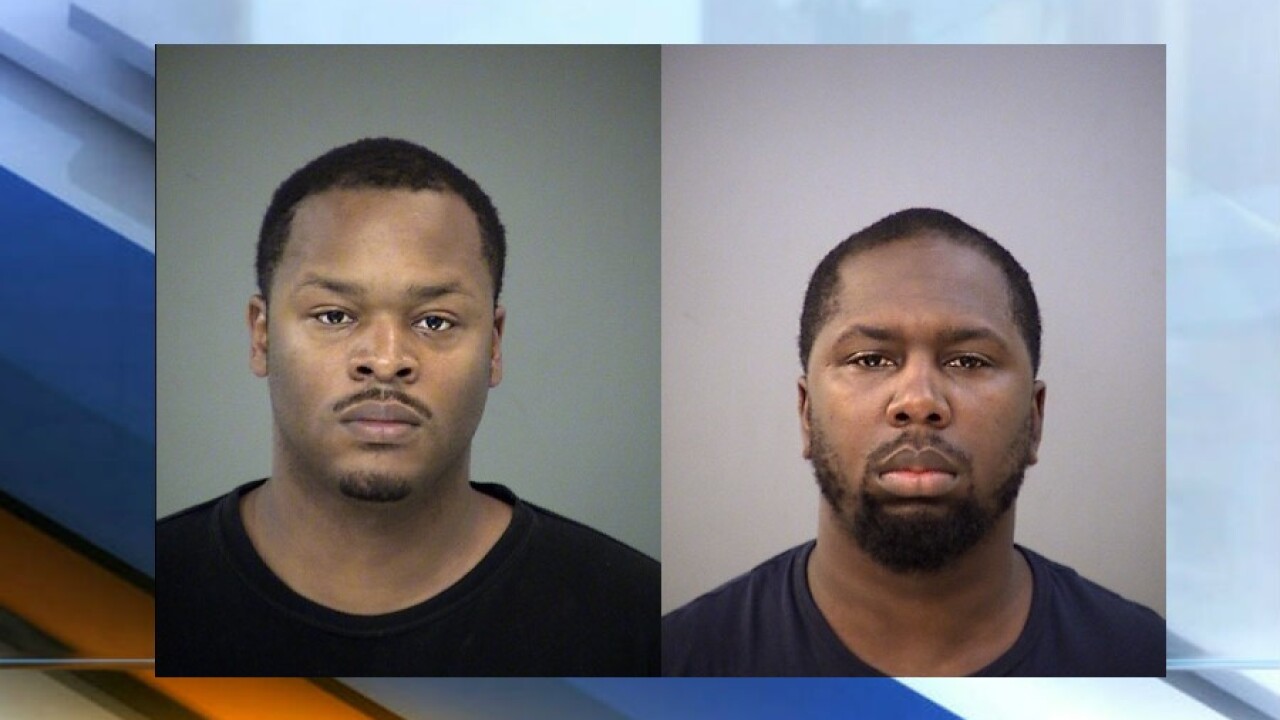 Dwayne Lucas, 31, and Terrell Redd, 31, were arrested on Wednesday, October 9, 2019, in connection with a double homicide in August at a busy intersection on the west side of Indianapolis. The two were booked into the Marion County Jail. <i>Indianapolis Metropolitan Police Department/Photo Provided</i>

INDIANAPOLIS — Two people were arrested Wedesnday in connection with a double homicide in August at a busy intersection on the west side of Indianapolis.

Indianapolis Metropolitan Police Department officers arrested Dwayne Lucas, 31 and Terrel Redd, 31, in connection with the shooting death of 25-year-old Shainita Caffey and 26-year-old Miles Cross, according to a press release from IMPD.

Caffey and Cross were shot around 3 p.m. on Aug. 5 in the 2600 block of Lafayette Road, according to IMPD.

Lucas and Redd were arrested by IMPD violent crimes unit detectives and Westfield Police Department officers, according to the release.

No additional information was released regarding the arrest.