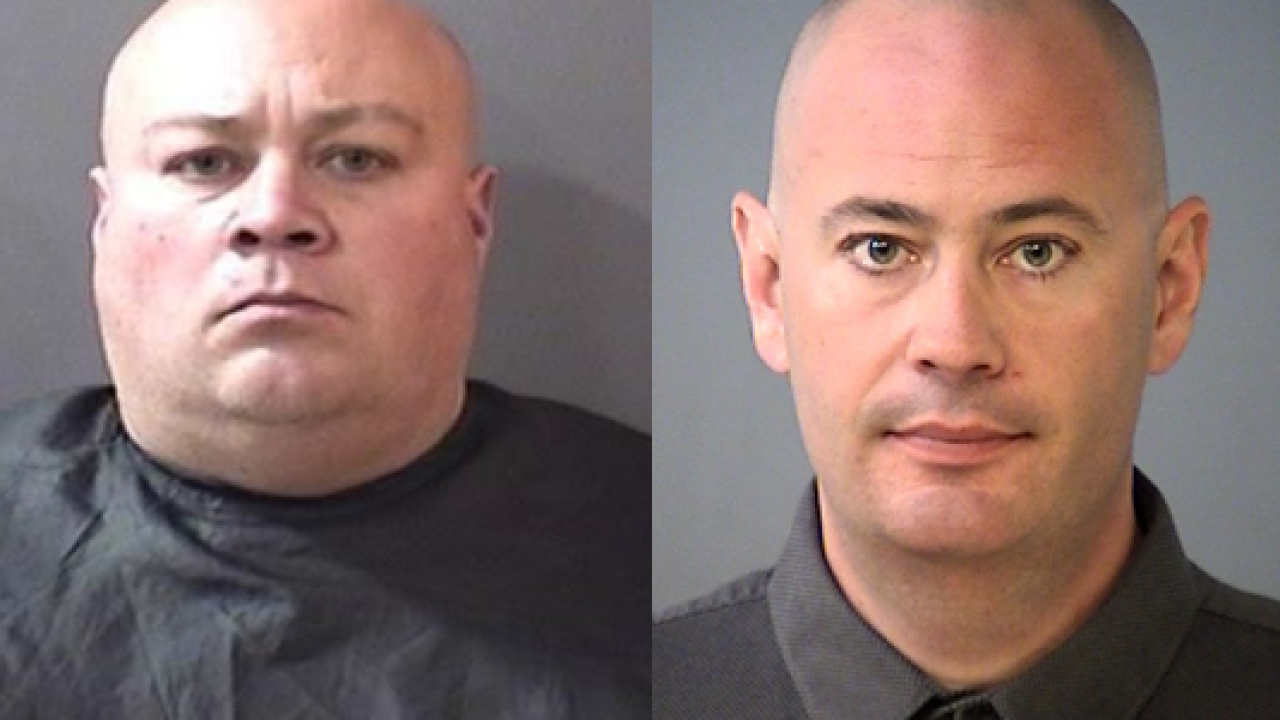 INDIANAPOLIS — Two officers with the Indianapolis Metropolitan Police Department were arrested Friday in a pair of unrelated incidents.

Officer Nicholas Wroblewski, an eight-year veteran, was arrested in Marion County on charges of official misconduct, and theft.

A probable cause document from the Marion County Prosecutor alleges that Officer Wroblewski, who was described as "an avid gun collector," had an arrangement with a local auto auction to take possession of guns auction workers found in vehicles that were involved in crashes or crimes.

Rather than turn those guns over to IMPD's property section, which is what he should have done, Wroblewski was allegedly keeping the guns for himself.

“No Chief wants to be faced with the prospect of arresting their own officer, but law enforcement has a responsibility to do what is right and a sworn duty to protect our community. It is for this reason that we initiated and conducted these thorough investigations, and reached the difficult but necessary decision to request charges be filed in these cases. The officers arrested today have been placed on unpaid suspension. Additionally, I have made a recommendation to terminate the employment of both officers to the Citizens Police Merit Board. The events of recent days have led us to reaffirm our commitment to transparency and holding ourselves accountable to our community. We remain steadfast in that effort.”