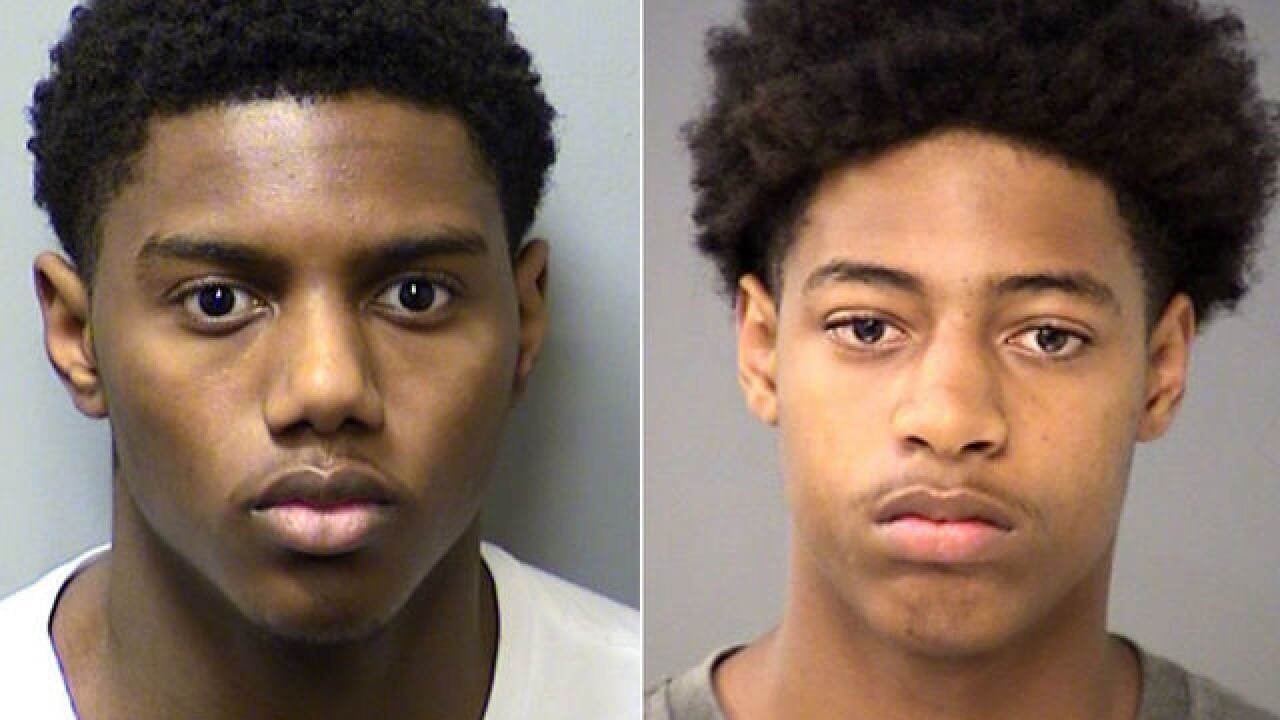 Copyright 2018 Scripps Media, Inc. All rights reserved. This material may not be published, broadcast, rewritten, or redistributed.
<p>(Left to right) Nehemiah Merriweather, 18, and Devon Seats, 17</p>

Prosecutors had previously charged two other suspects – Ka’Ron Bickham-Hurst, who was 18 at the time of Rodgers’ death, and a still-unnamed juvenile – with Rodgers’ murder.

Investigators believe the four suspects killed Rodgers when he encountered them while they were burglarizing his house in the 7500 block of Ballinshire South Drive. In addition to evidence of other burglaries, police found four Cathedral High School championship rings with the name “Rodgers” engraved on the side of each ring in the trunk of a Dodge Charger linked to the four suspects.

The probable cause affidavit filed Wednesday against Merriweather and Seats also implicates them in a burglary spree that preceded Rodgers’ death. Police had previously said they believed Bickham-Hurst and up to three juvenile accomplices had hit numerous other houses prior to the burglary that ended in Rodgers’ death.

Marion County court records show both Merriweather and Seats were charged in other cases in November. Merriweather pleaded guilty in June to burglary resulting in bodily injury and was sentenced to 3 years on home detention with GPS monitoring. Charges of armed robbery and dangerous possession of a firearm by a child filed Nov. 30 against Seats remain pending.

As of Friday afternoon, both Merriweather and Seat were being held in custody without bond. An initial hearing for Merriweather had been set for Sept. 4. Seats was not yet scheduled to appear before a judge in the case.