Two people shot and injured on west side of Indy 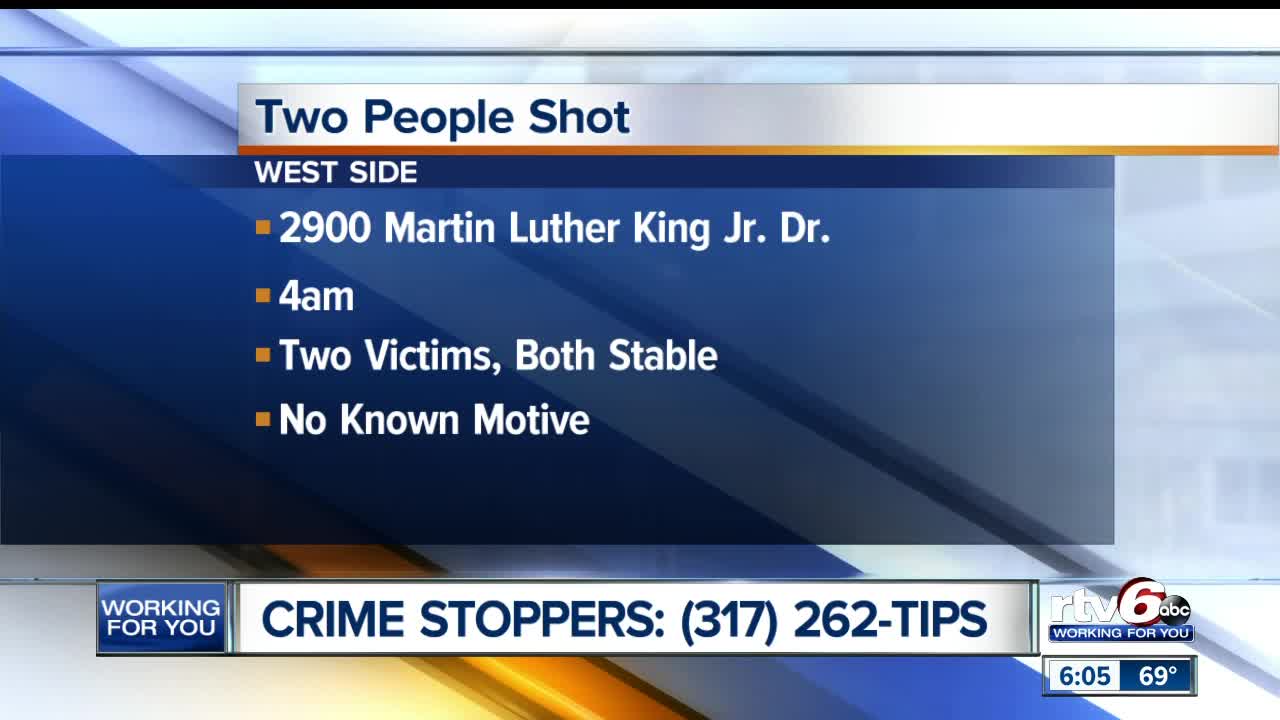 INDIANAPOLIS — Two people were sent to the hospital early Sunday morning after a shooting on the west side of Indianapolis.

Just before 4 a.m., Indianapolis Metropolitan Police Department officers were dispatched to the 2900 Block of Dr. Martin Luther King Dr. on a report of a person shot when they found two people with gunshot wounds.

According to Aaron Hamer, IMPD Public Information Officer, the two shooting victims were transported to the hospital in stable condition.

Aggravated assault detectives did respond to the scene, and police say there is no known motive to the shooting.