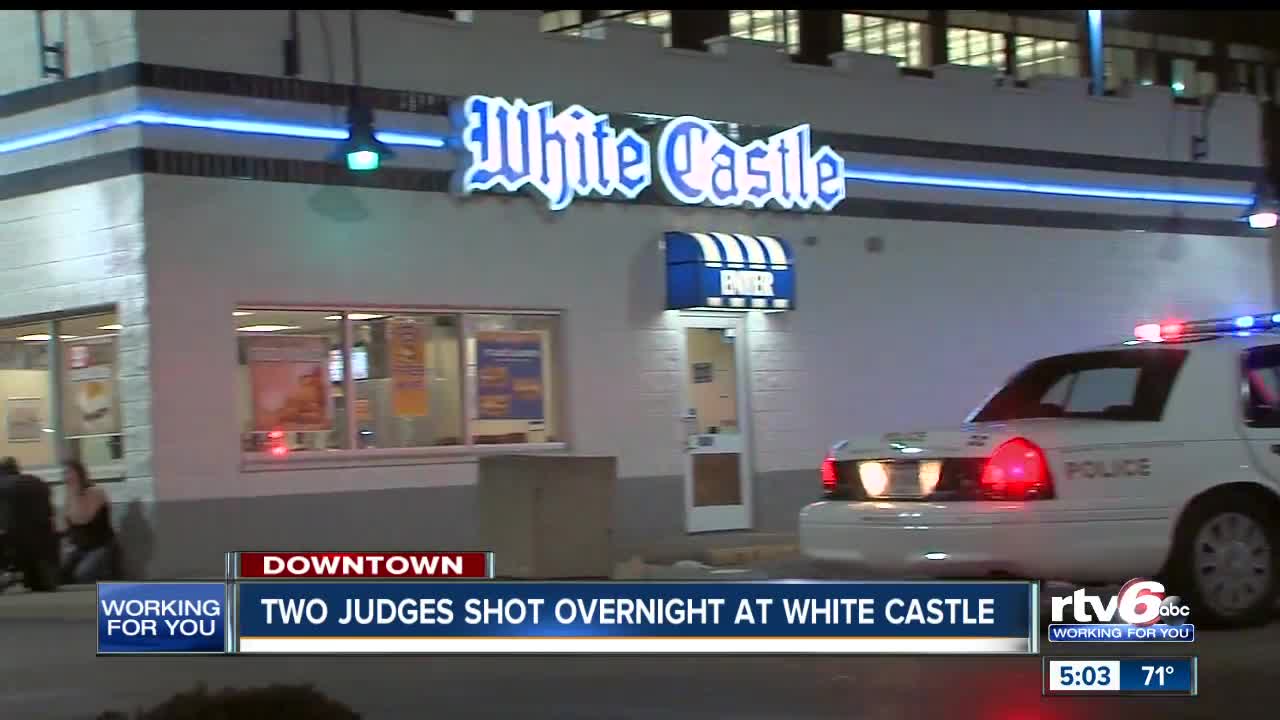 The judges were in town for a judicial conference and, along with two other people, had visited several downtown restaurants and bars late-Tuesday and early-Wednesday. 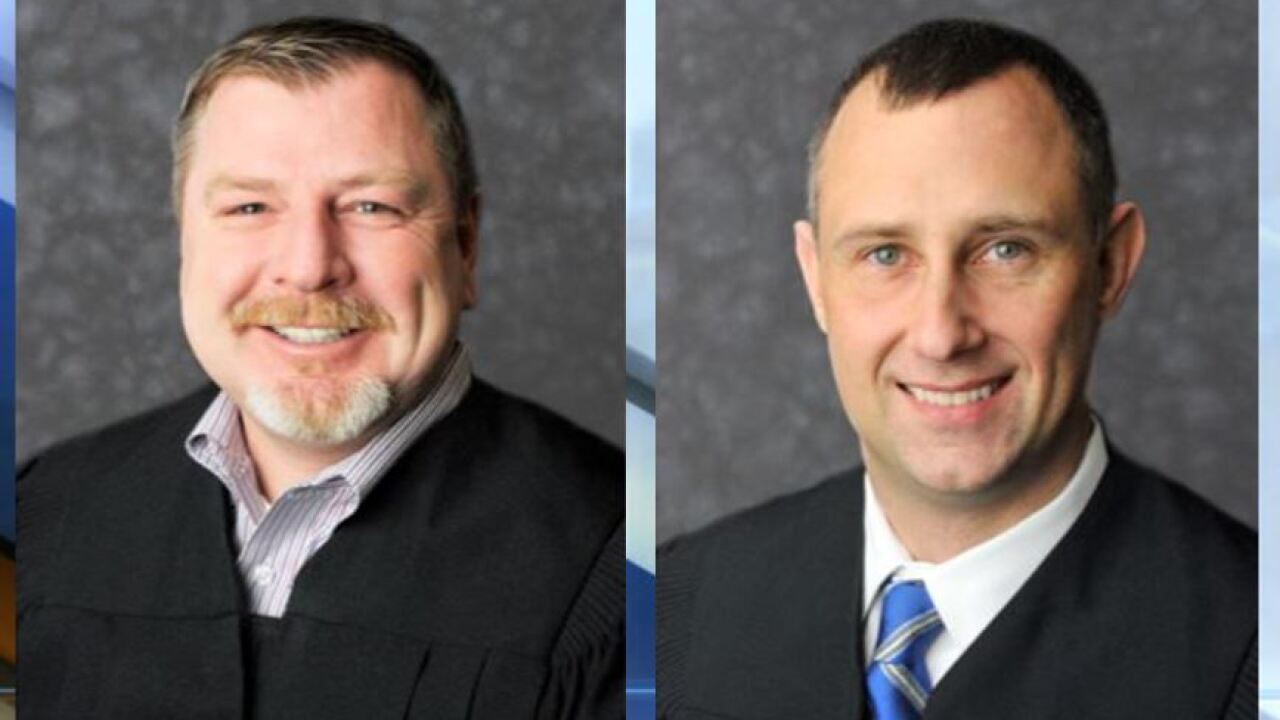 INDIANAPOLIS — Two Indiana judges shot in the parking lot of a White Castle in downtown Indianapolis early Wednesday morning are still recovering in the hospital.

The judges were in town for a judicial conference and, along with two other people, had visited several downtown restaurants and bars late-Tuesday and early-Wednesday.

After 3 a.m., the group tried to get into a bar next to the White Castle, but it had closed.

Next, according to police, they went to the White Castle, which is on South Street, not far from Lucas Oil Stadium.

One of the four went inside, while the two victims and a third person stayed in the parking lot.

Police say a vehicle then pulled into the lot and the people inside attempted to get into the White Castle, only to find the doors locked.

At that point, for reasons that are not clear, the two groups got into an argument and shots were fired, hitting the two judges.

The shooter then fled.

Adams and Jacobs are in stable condition, according to police.

Police initially said the two judges had gotten into an argument at a nearby bar that escalated into the parking lot of the White Castle, but they later said they determined that the two men had never been inside the bar.

“Our judges across the state are heartbroken to learn of this violent act against our colleagues," said Loretta Rush, Chief Justice of the Indiana Supreme Court. "We send our prayers for a speedy recovery for both Judge Jacobs and Judge Adams and our love and support to their families and the Clark County community.”

The Indiana Supreme Court issued the following statement Wednesday morning after hearing news of the shootings:

"Indiana Chief Justice Loretta Rush received terrible news this morning that two Indiana judicial officers were victims of a shooting overnight. The Indiana Judicial Branch holds educational conferences throughout the year and judges from across the state are in Indianapolis for one of the continuing education learning sessions that begins today. Chief Justice Rush expressed her deep sadness upon learning of this violence and is meeting with the victims’ families."

It was the first of three shootings that injured fire people over a three hour period early Wednesday morning. A shooting on Cloverleaf Drive left one person injured and another shooting at Linwood Avenue sent two people to the hospital. The details of those shootings are still under investigation.

"Clark County Presiding Judge Vicki Carmichael is shocked to learn of the overnight violence involving her fellow judges. Along with her colleagues, she is in Indianapolis attending educational programming.

Any questions about the nature of the shooting should be directed to police. However, Judge Carmichael has been assured that there is no reason to believe the judicial officers were targeted because of their positions with the Judicial Branch. This appears to be a random act of violence.

It is important for detectives to investigate the situation; therefore, Judge Carmichael will not be making any statements regarding the particulars of the event. However, Judge Carmichael has spoken with fellow judges who were with Judge Adams and Judge Jacobs and she been advised certain reports circulating about the event are inaccurate. She urges caution until police provide details and/or make an arrest. Judge Carmichael appreciates the outpouring of support and love from the members of the Clark county community.

Clack County courts are closed today but will reopen tomorrow."

If you have any information on this shooting or any other crime contact IMPD or Crime Stoppers of Central Indiana at 317-262-8477.