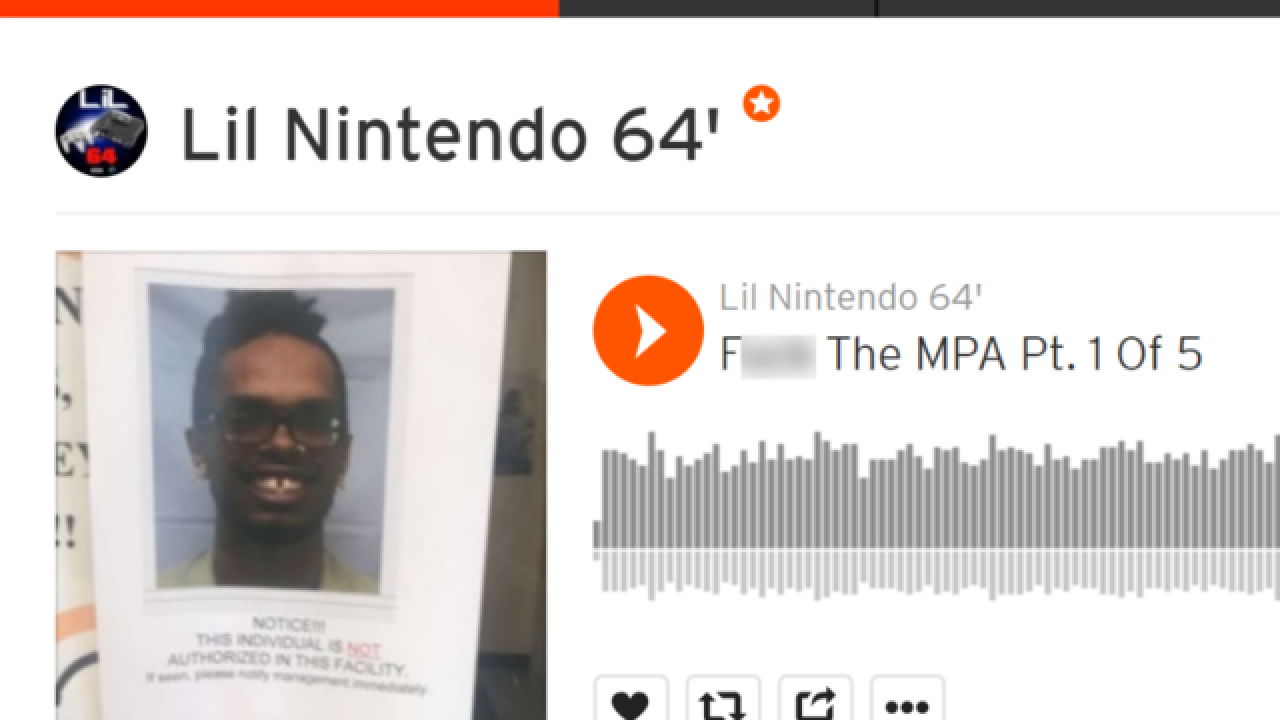 INDIANAPOLIS -- A USPS employee was arrested at his home Monday on an intimidation charge after coworkers reported social media posts in which he allegedly threatened to kill fellow postal workers.

Correy Davis, 30, is accused of posting audio recordings of himself rapping on Sound Cloud in which he allegedly threatens to harm coworkers at an Indianapolis mail processing center. The posts were allegedly made under the name "Lil Nintendo 64."

In a probable cause affidavit filed Monday, investigators say at least one of the songs referenced a coworker by name and was “threatening in nature.”

The audio recordings were reported to the U.S. Postal Inspection Service by Davis’ coworkers, who said they felt “very intimidated” by the song’s lyrics. According to the affidavit, Davis was placed on administrative leave on May 21 in part due to complaints about the songs.

RTV6 was able to locate Davis' alleged Sound Cloud account, which contains the songs mentioned in the affidavit, to verify the lyrical content.

In the course of the investigation, postal inspectors also obtained Facebook messages in which Davis allegedly directly threatened a coworker:

“Really trying to hold my anger / I been searching for him FB where he lives / he forcing me to lose out on money bills car bout to get revoked / just came from a 2 week suspension / they wouldn’t grieve I just want to hurt this man now. Pray 4 him. Now when they say damn y correy shoot this man. Tell my story please. Wouldn’t leave me be.”

On Thursday, prosecutors filed two counts of intimidation where the threat is to commit a forcible felony against Davis. They also requested, and were granted, a higher-than-usual cash bond of $1,000, with GPS monitoring should he post bond.

The judge also ordered Davis to stay away from the USPS facility where he was employed.

A request sent to USPS for comment Wednesday night had not received a response as of Thursday afternoon.