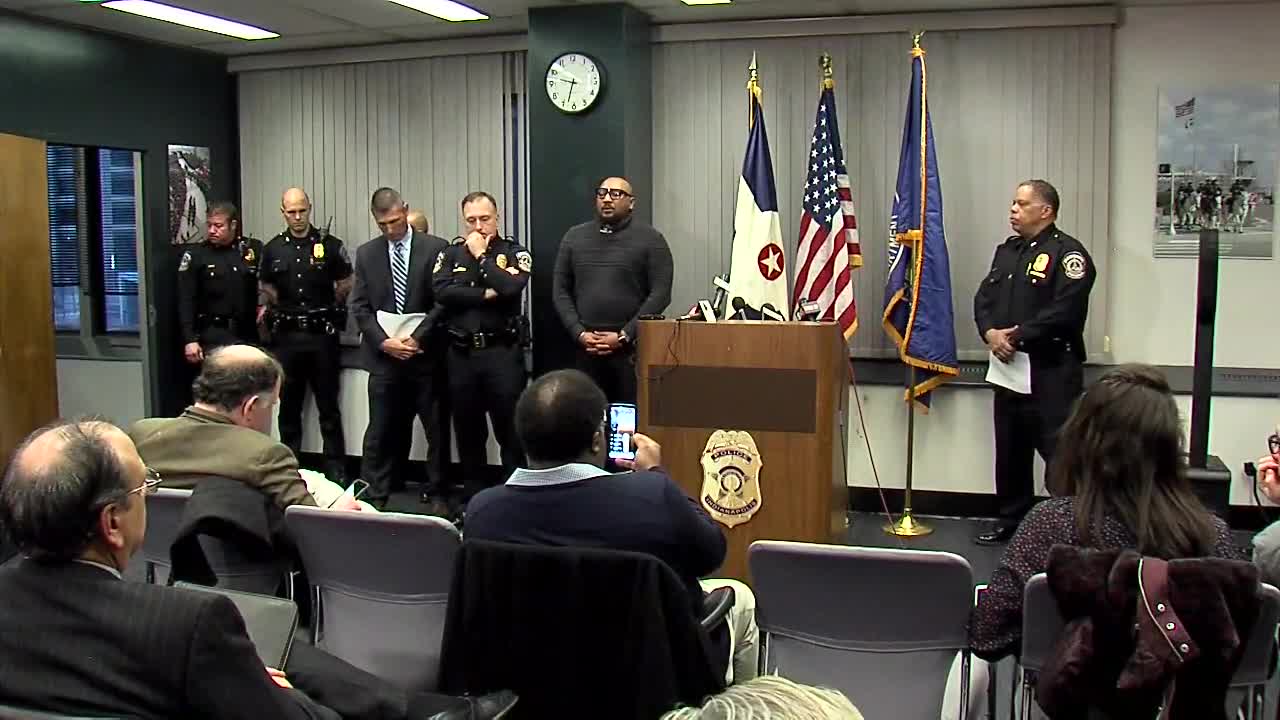 INDIANAPOLIS — The four people killed in a quadruple murder Wednesday evening on Indianapolis' northeast side were between the ages of 19 and 21 years old.

Indianapolis Metropolitan Police Department officers were called to an apartment in the 4100 block of Shady Oak Drive just before 10:30 p.m. after a neighbor noticed a back patio door was shattered and saw someone fleeing from the residence.

Officers arrived at 10:29 p.m. and found four victims down inside the apartment. All four, three men and one woman, were pronounced dead at the scene. The Marion County Coroner has identified the victims as Marcel Wills, 20, Braxton Ford, 21, Kimari Hunt, 21, and Jalen Roberts, 19.

IMPD Chief Randal Taylor was joined by Indianapolis Mayor Joe Hogsett and other detectives Thursday morning to discuss the murders and what they call a "surge of violence" in Indianapolis.

READ | Breaking trend, Indy homicide numbers went down in 2019 — for the first time in four years

"We can never allow ourselves to become numb to the scourge of gun violence and the toll that it is taking on whole generations of young people," Mayor Hogsett said. "This is not acceptable. This is not who we are as a city. This isn't who we are as neighbors, as brothers, as sisters, as fathers, as mothers. This is not normal."

"But I also want to be clear about something else," Hogsett continued. "We can and we will turn this sadness and reflection into a community call to action. Action. Nothing said by any of us or anyone outside this room does anything to help our young people unless it leads to action. Because despite millions of dollars in taxpayer investments, in policing, in neighborhood-anti-violence initiatives... time and time again we are facing violence ... created by guns, drugs and poverty in our neighborhoods."

CAFE (Community Alliance of the Far Eastside) has taken charge of engaging with the public and providing resources to those impacted by violence. People impacted by the violence or shootings can reach out to them at 317-890-3288. CAFE will either help them or get them in touch with the right organizations (trauma team, chaplain). People can also reach out to the city directly at OPHS@Indy.gov.

Police do not have any suspects at this time but they are asking anyone who lives in or near the apartment complex on Shady Oak Drive that may have witnessed or heard anything around the time of the shooting to contact them.

If you have any information about this crime or any other crimes contact IMPD or Crime Stoppers of Central Indiana at 317-262-8477.

You can watch the full press conference below.