Virginia mother accused of abducting her children arrested in Plainfield 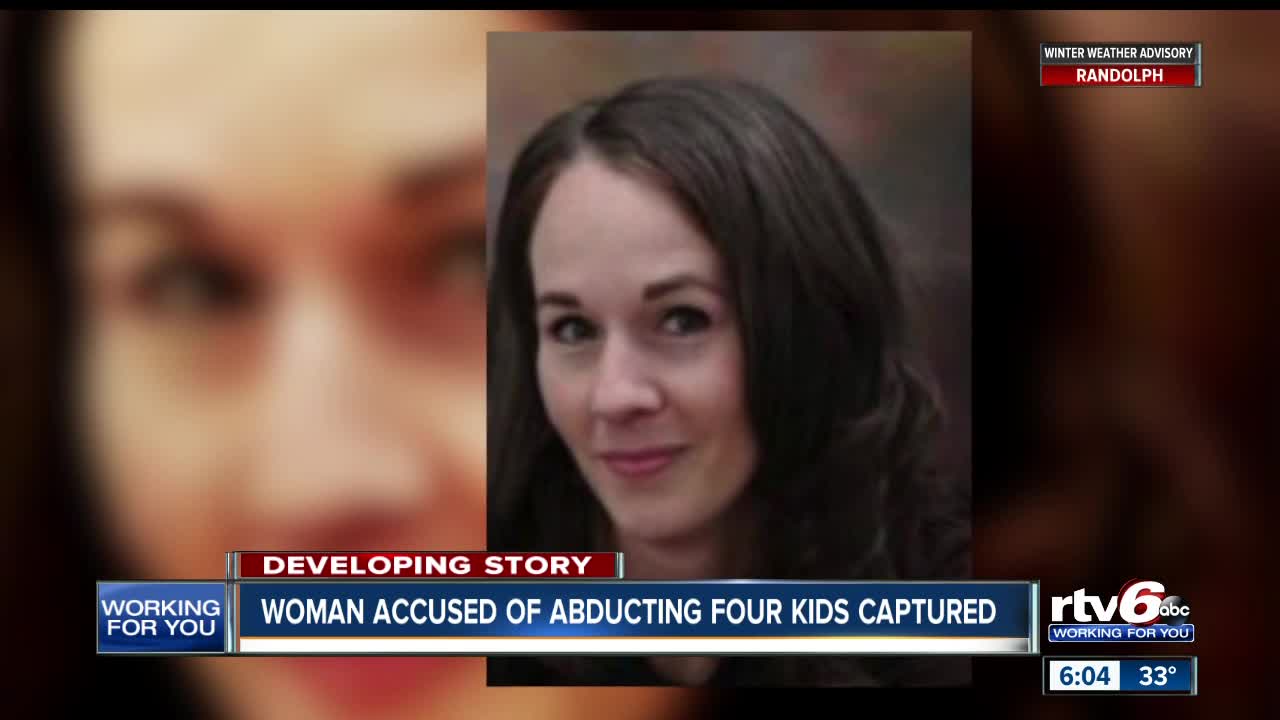 A Virginia mother accused of abducting her four children in August was arrested in Plainfield on Wednesday morning, according to the Hendricks County Sheriff's Office.

PLAINFIELD — A Virginia mother accused of abducting her four children in August was arrested in Plainfield on Wednesday morning, according to the Hendricks County Sheriff's Office.

Hendricks County deputies assisted the U.S. Marshal's Office with the arrest of 34-year-old Melody Bannister at 2:39 a.m. on Wednesday. Bannister was taken into custody at a Speedway gas station in the 6000 Block of Cambridge Way in Plainfield on an outstanding warrant from Stafford County, Va.

Bannister's four children were safely located inside the vehicle with Bannister. The Indiana Department of Child Services was contacted for the children.

Investigators issued an alert for Bannister, of Henrico, Va, in December after "recent developments in the investigation have led investigators to believe the children may now be in danger."

The Stafford County Sheriff's Office (SCSO), The U.S. Marshals Service, and the National Center for Missing and Exploited Children had been searching for Bannister and her four children for several months. They were all last seen in Moulton, Ala. on Aug. 20.

According to the SCSO, Bannister told deputies in June that her children had been abused by a family member. Child Protective Services later determined the allegations were unfounded, but before the investigation ended, Bannister and her four children left Virginia for a planned vacation to Alabama. They never returned.

Bannister is being held at the Hendricks County Jail with a hold for Virginia authorities.