Family of Dreasjon Reed calls for open investigation, release of info in his shooting 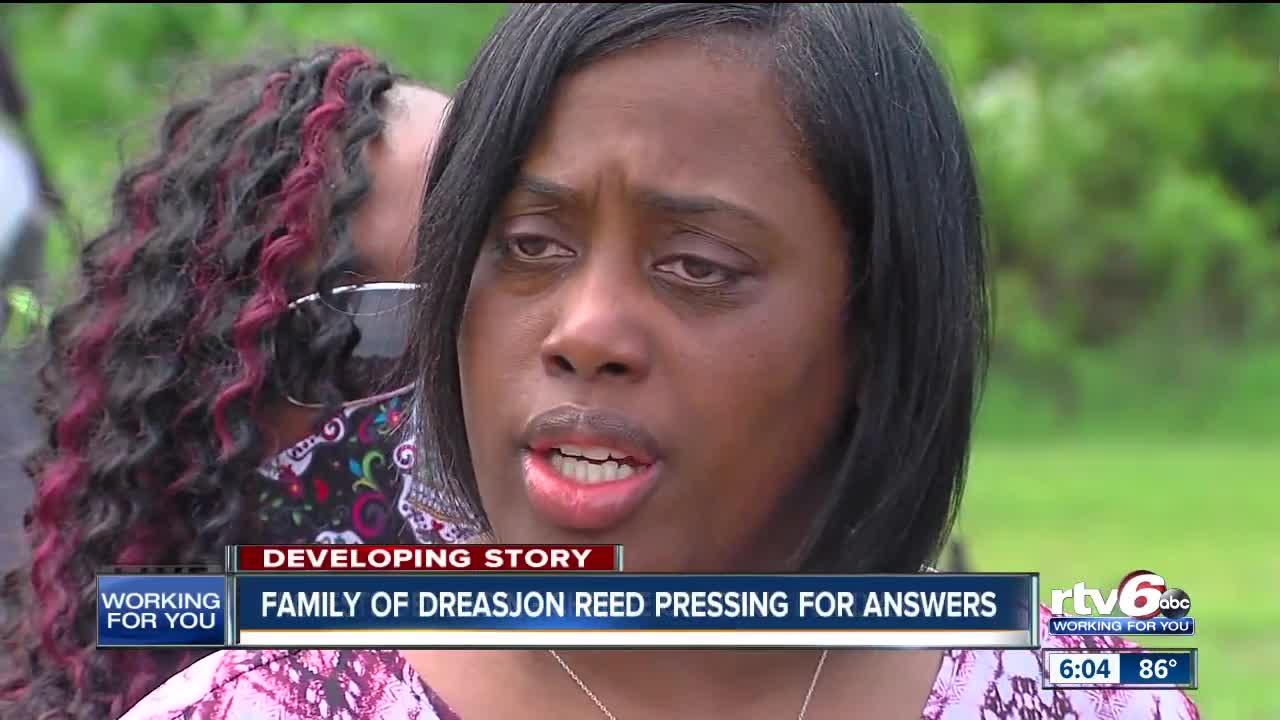 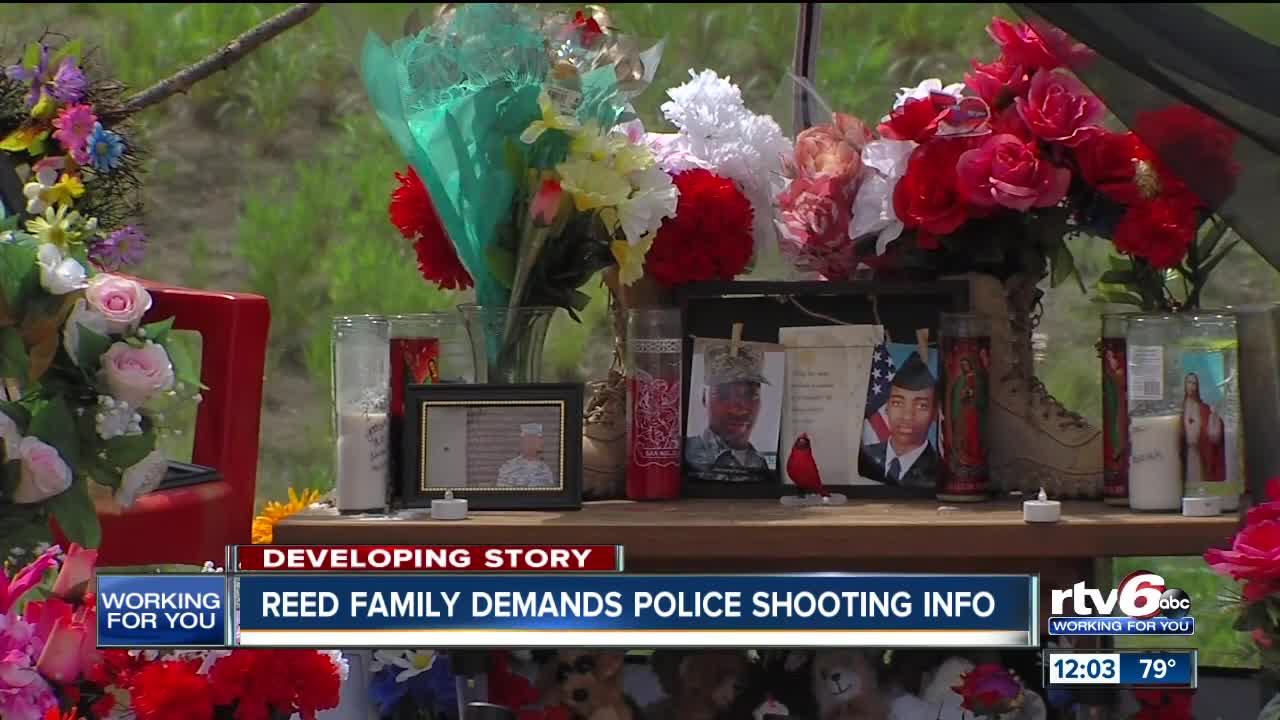 INDIANAPOLIS — The family of Dreasjon Reed, the man who was shot and killed during an incident with the Indianapolis Metropolitan Police Department last month, is holding a press conference Wednesday afternoon to demand answers.

The family is calling for an independent investigation, release of Marion County Coroner's report and the names of the officers involved in both the shooting and the recorded comments made after Reed's death.

The family held a press conference Wednesday morning at 62nd Street and Michigan, which is where the deadly shooting took place.

They were joined by their attorneys, Swaray Conteh and Fatima Johnson of The Law Firm of Fatima Johnson, LLC, who called for police to release more information in the case, calling them out foe the information they say police have released that was untrue.

Johnson says IMPD's claims that Reed brandished a gun and fired a shot at officers was untrue.

"It did not happen," she said.

Reed's mother, Demetree Wynn gave an emotional description of seeing her son for the last time after the coroner released his body.

"I didn't get a chance to look at the rest of his body, because I couldn't get past his face," Wynn said. "The only thing I could see was his teeth. That's how I knew it was my son. I know what his teeth look like. I know every hair on his head. Nobody wants to see their kid look like that." You can watch the full statement from Wynn below.

Warning: This video may be difficult for some to watch.

Following the press conference with the Reed family, IMPD Chief Randal Taylor issued a statement calling for a special prosecutor to oversee the criminal investigation of Reed's death.

"Nearly a month since the Marion County Prosecutor's Office declined to review the criminal investigation of Mr. Reed’s death, we continue to await the appointment of a special prosecutor to oversee this process. Our community is rightly calling for the release of information and the fulfillment of our commitment to a transparent investigation with monitoring from federal authorities. This simply cannot occur without the direction and oversight of an independent prosecutor," Taylor said. "This is unacceptable. Our community and this police department deserve better from the criminal justice system.

"I join our community members in calling on the Marion County Superior Court to immediately appoint a special prosecutor to oversee the investigation as it proceeds, release information as soon as is possible, and make a swift and thorough charging determination based on the facts of the case.”

You can watch the full press conference below.