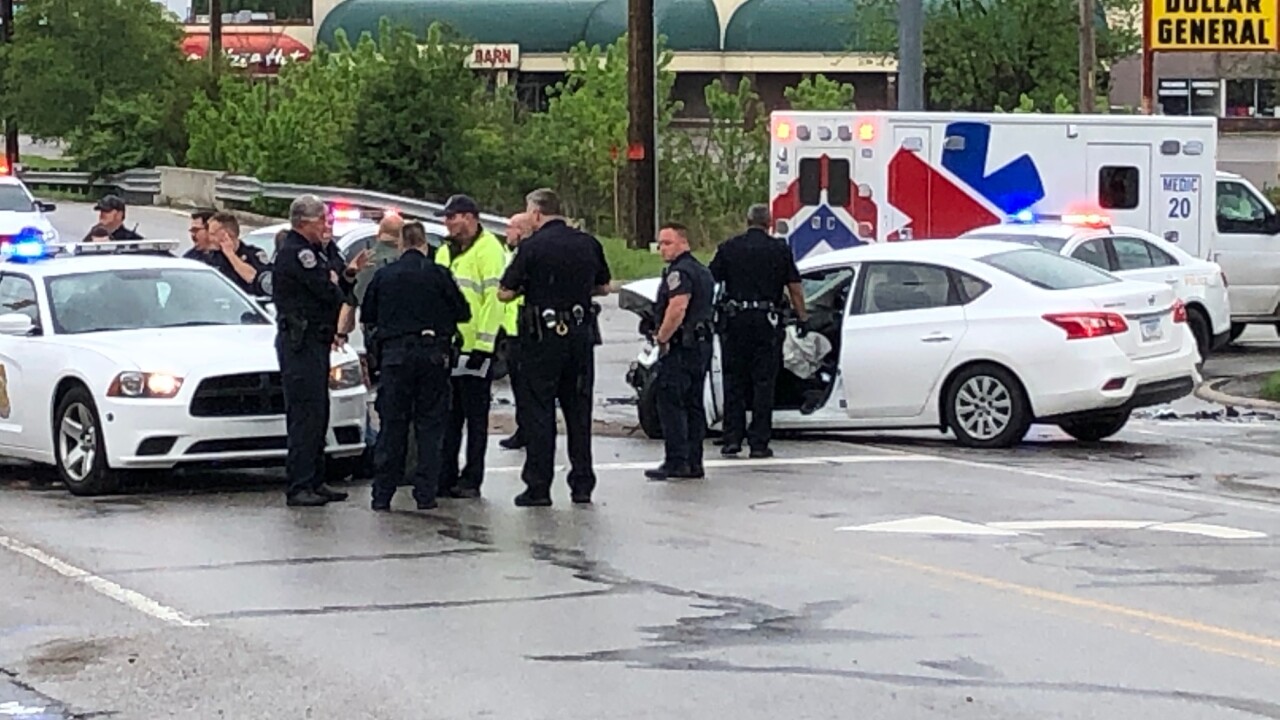 INDIANAPOLIS — A woman driving a stolen vehicle was involved in a crash in the middle of a high-speed pursuit Monday afternoon.

Indianapolis Metropolitan Police Department officers say the pursuit began after an officer spotted a vehicle driving recklessly and at a high rate of speed in the area of I-465 and Southeastern Avenue. The officer tried to initiate a traffic stop, but the driver sped away.

After a short pursuit the fleeing vehicle was involved in a crash with another vehicle near the intersection of South Emerson Avenue and Southeastern Avenue.

Both the female driver and the two people in the other vehicle were taken to the hospital with non-life threatening injuries.

Police later determined that the vehicle the female was driving had been reported stolen about an hour prior to the pursuit and crash.

The incident remains under investigation. Anyone with information should contact IMPD or Crime Stoppers of Central Indiana at 317-262-8477.