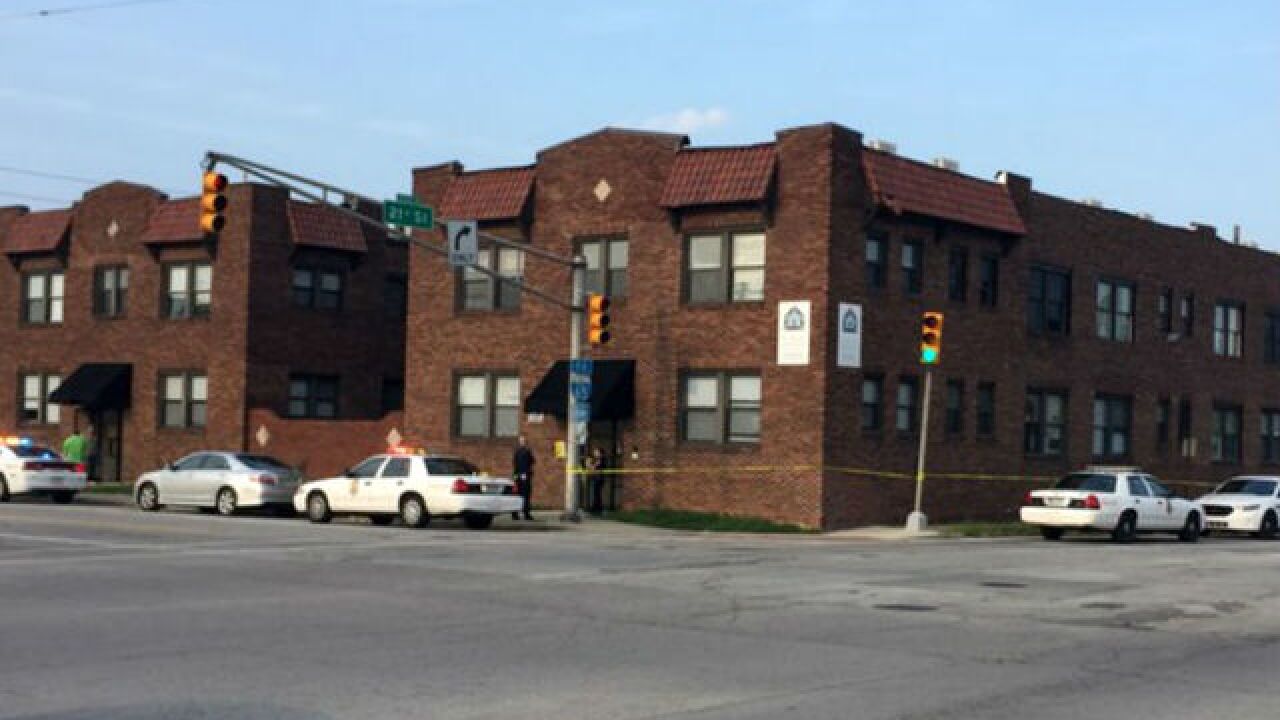 INDIANAPOLIS -- The first officers to respond to a report stabbing Sunday night walked into a chaotic scene: shards of broken glass strewn about the floor; a wig that had been forcibly ripped off someone’s head; and blood smeared from one end of an apartment’s hallway to another.

Just inside one of the units at the St. George Apartments police found 45-year-old Vickie Jackson collapsed on the floor. She had been stabbed multiple times and was in extremely grave condition. She was pronounced dead at Methodist Hospital 35 minutes later.

Surveillance video obtained by investigators shed light on the chaos.

According to a probable cause affidavit filed in Marion County court Monday, a camera captured Jackson and another woman, later identified as 35-year-old Tashawanna Wilson, fighting in the hallway.

In the video, police say, Wilson can be seen breaking a wine bottle against Jackson. Wilson then allegedly used the top portion of the broken bottle to stab Jackson numerous times.

Police broadcast a description of Wilson, and an officer located her a short time later on the campus of the Tindley Genesis Academy at 24th Street and Capitol Avenue. Wilson was reportedly covered in blood and carrying a hatchet, which was also covered in blood.

According to police, Wilson admitted to striking Jackson with a wine bottle during a fight and to going to a friend’s house to change clothing afterward.

Wilson was taken into custody on a preliminary charge of murder and booked into the Marion County Jail without bond. As of Monday afternoon, prosecutors were still reviewing the case against her for a final charging decision.

Court records show Wilson has previously been charged three times with battery in Marion County, most recently in February 2013. She pleaded guilty to resisting law enforcement in that case and was sentenced to time served.