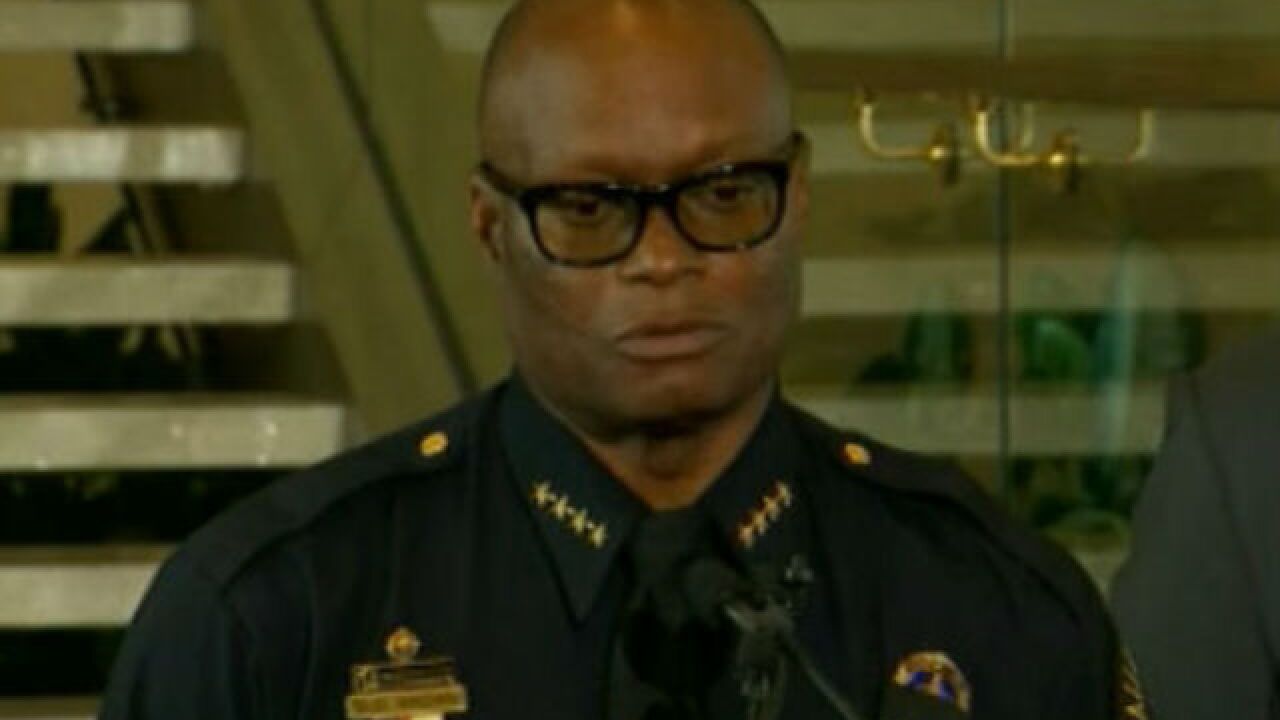 By: The Associated Press
Posted at 9:05 AM, Jul 08, 2016
DALLAS -- Police Chief David Brown says a suspect in the overnight attack that killed five police officers, wounded seven others and wounded two civilians said he was upset over the recent police shootings of black men and wanted to kill white people.
The shooter was identified as Micah Xavier Johnson, 25, from Texas.
Brown said at a news conference Friday that Johnson made the comments before he was killed by an explosive used by police.
READ MORE | Dallas police shooter ID'ed; Chief says he 'wanted to kill whites'
He says his department and their families are grieving and that the divisiveness between police and the public must stop.
Authorities say snipers opened fire on police officers during a peaceful protest in downtown Dallas Thursday night over the recent fatal shootings of black men in Louisiana and Minnesota.
PREVIOUS | Dallas attack: 12 officers shot, 5 killed; 2 civilians hurt
Authorities say three other suspects were arrested.
MORE | Indy FOP President: Dallas is 'tragic reminder'
Copyright 2016 The Associated Press. All rights reserved. This material may not be published, broadcast, rewritten or redistributed.