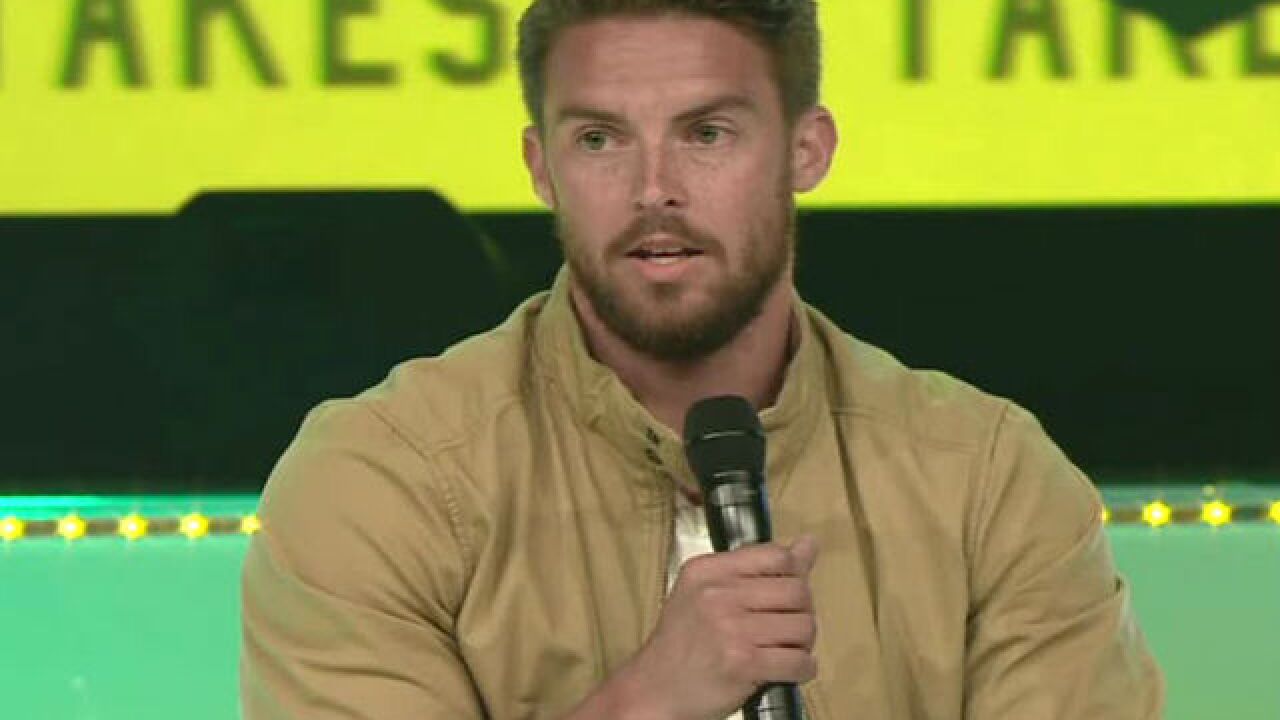 Amanda Blackburn was killed in her northwest side home on Nov. 10, 2015, while her young son Weston sat just feet away in another room.

Before she was killed, police say she was beaten and sexually assaulted. She was pregnant with her second child at the time of her death.

Three men – Larry Taylor, Jalen Watson and Diono Gordon – face a slew of charges in her death, including burglary, criminal confinement and murder.

In an interview with his former pastor on Sunday at the NewSpring Church in Anderson, South Carolina, Davey Blackburn said he had made the decision to forgive Taylor, Watson and Gordon.

"What I realized was that forgiveness isn't an emotion. I wasn't ever going to feel like forgiving them. Just point blank: You're never going to feel like forgiving someone for doing something to you that's irreparable," Blackburn said. "What I realized is that forgiveness is a decision. And it's not just a one-time decision. It's a daily decision. I have to wake up and I have to decide to forgive. And here's why I decided to decide to forgive. It's because bitterness and unforgiveness is going to be a cancer to no one else except for me. And it's going to eat me up inside if I hold on to that."

He also said he hopes he can share his faith with the men.

"I really hope I get the opportunity to share the Gospel with these guys," Blackburn said. "Imagine if these three guys met Jesus. Imagine the kick in the nuts that would be for the enemy."