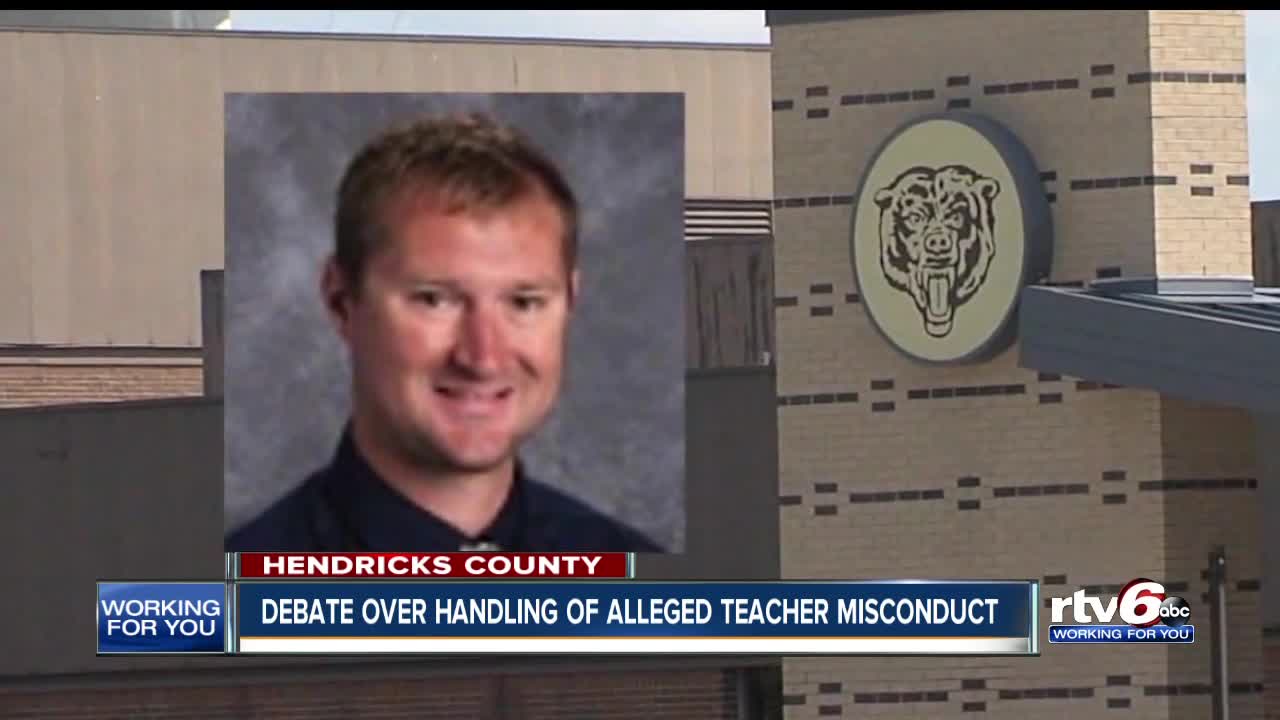 HENDRICKS COUNTY — A heated debate continues in Hendricks County over a school district's handling of misconduct allegations against a Tri-West High School teacher and football coach.

Supporters and critics of Tyler Bruce spoke at Tuesday's Northwest Hendricks County School Board meeting. Bruce is accused of sexual misconduct with a student, and he is on administrative leave while the allegations are investigated.

In July, the school board voted against an administration recommendation to terminate Bruce's contract. Some people feel that's the right decision because Bruce is not criminally charged.

"I support your decision based on the fact that there have been no charges against Mr. Bruce," one woman said at the meeting. "Not through Hendricks County Sheriff's Department, not through Child Protective Services.

"The ideal end result is to make sure that every child that is going to the Northwest Hendricks School Corporation is safe going forward and that anyone who didn't follow the Indiana law of mandated reporter is held accountable because this went on too long, because they didn't do their job," she said.

Bruce is now facing a formal complaint from the Indiana Department of Education. The department will hold a hearing to consider suspending or revoking his teaching license.