Delays likely this week on I 70 west of Indy 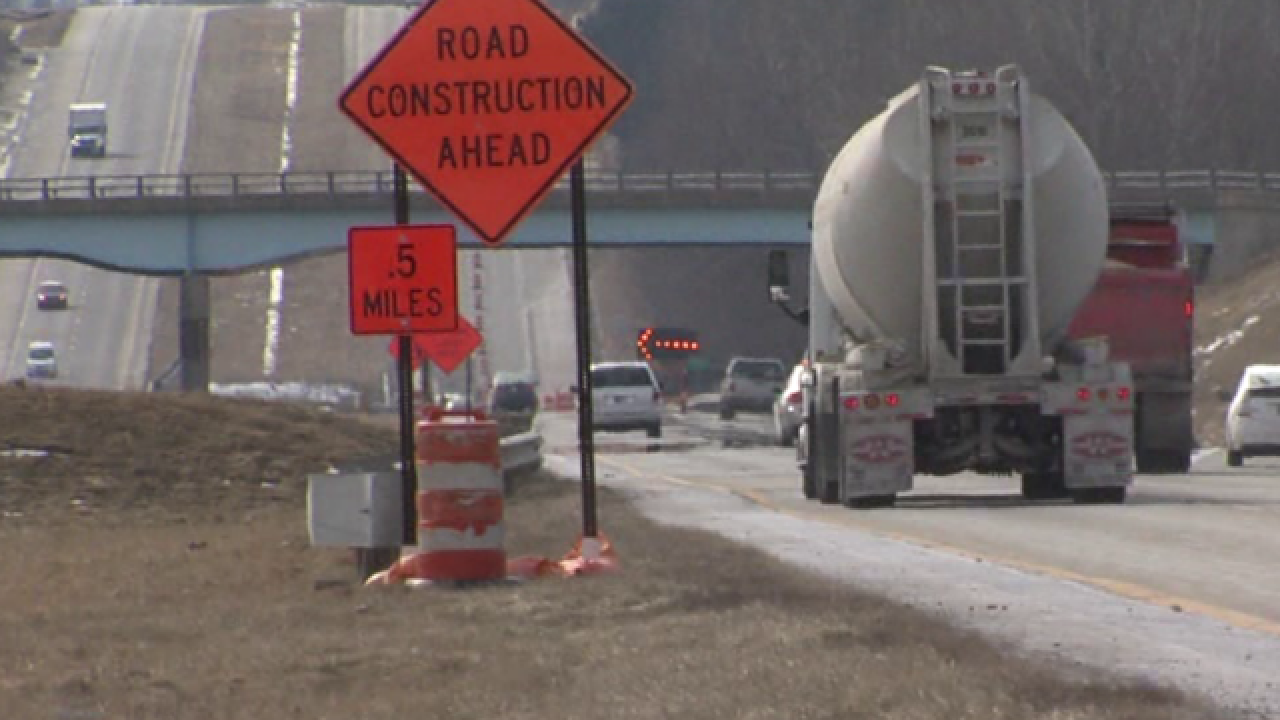 HENDRICKS COUNTY — You'll want to allow extra time if you're taking Interstate 70 west of Indianapolis on Wednesday and Thursday of this week.

The Indiana Department of Transportation is working on a new bridge over the busy highway at the State Road 39 Monrovia exit.

On Wednesday starting at 9 p.m., 70 westbound will be reduced to one lane until no later than 6 a.m. on Thursday. The left lane will be closed first, and once that work is done, the right lane will be shut off.

On Thursday, it will be eastbound I 70 that sees lane restrictions at State Road 39, starting at 9 p.m.

According to INDOT, the project will redesign the interchange into a "diverging diamond." "The interchange modification project is being built to add traffic capacity and relieve congestion for the current and future needs as development expands in this area, " according to INDOT spokesperson Debbie Calder.

The $16 million project is expected to be done by late next year.