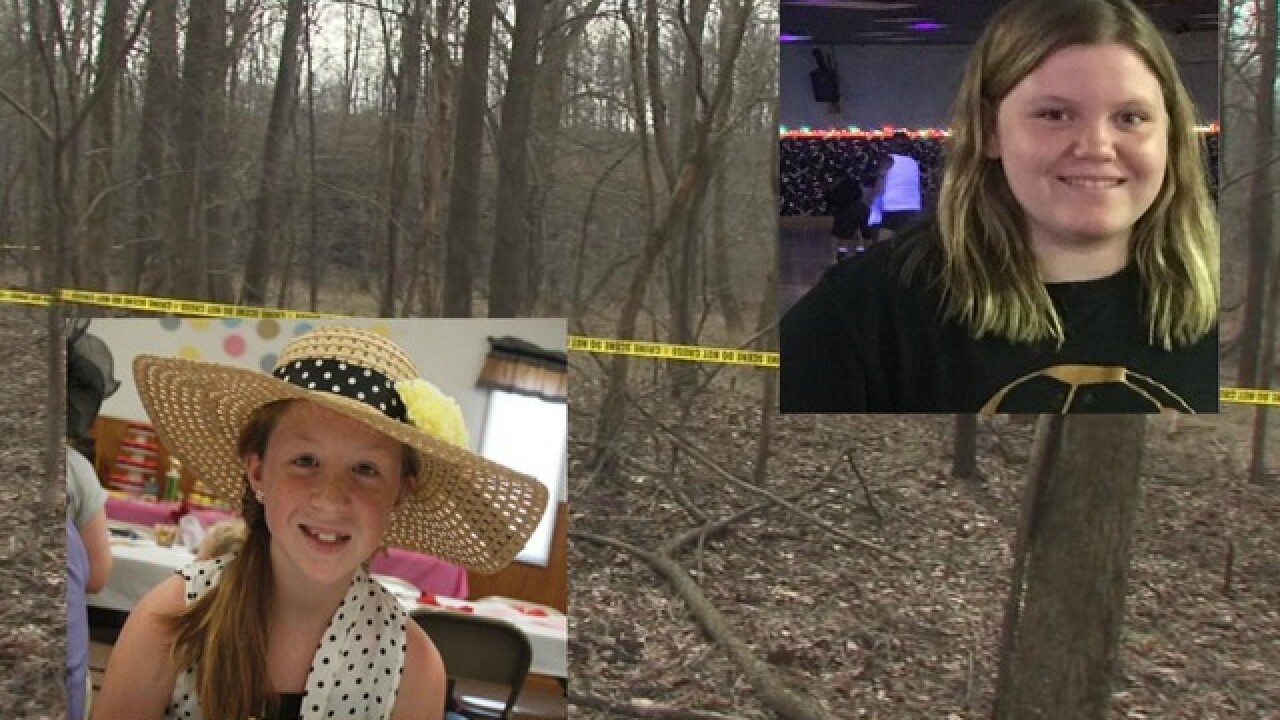 DELPHI, Ind. -- As people living in the tight-knit community of Delphi come to grips with this week's tragedy several public events are being scheduled to honor the lives of the murdered teens and help their families.

Abigail Williams, 13, and Liberty German, 14, went missing Monday afternoon after being dropped off to go hiking near the Monon High Bridge. Their bodies were found early Tuesday about a mile from where they were dropped off, on private property. Police say the girls were murdered.

Viewings for both girls will be held on Saturday from 4-8 p.m at the Delphi High School gymnasium.

Brad Henry, a longtime friend of the Williams family, said Abby was a wonderful young girl, taken way too soon.

“Abby was a great child,” said Henry. “She was shy, but once she warmed up, she was just an outgoing teenager.”

Henry is organizing a benefit ride on Saturday to help the two families with the unexpected costs.

“You’ve gone from wonder to angry to heart broke. It’s tragic, and there are really no words to describe it,” said Henry.

Indiana State Police have received over 100 tips since Wednesday night when they released a photo of a man they believe was on the trail around the same time as the girls on Monday.

But so far they have no suspects in the case.

Henry said the lack of answers is what has their small community rattled the most.

“It impacts everybody, especially if you have children,” said Henry. “People move away from the city to small towns to get away from this kind of thing, and you think it’s never going to happen and when it does it's total chaos and it's total shock.”

Another friend created this video in tribute to the young girl.

The benefit ride is scheduled for Saturday at 11:30 a.m. and will go from Office Tavern on Main Street to Whiskey Wine Saloon on White Point Drive in Monticello.