Demolition begins at vacant housing complex on east side of Indianapolis 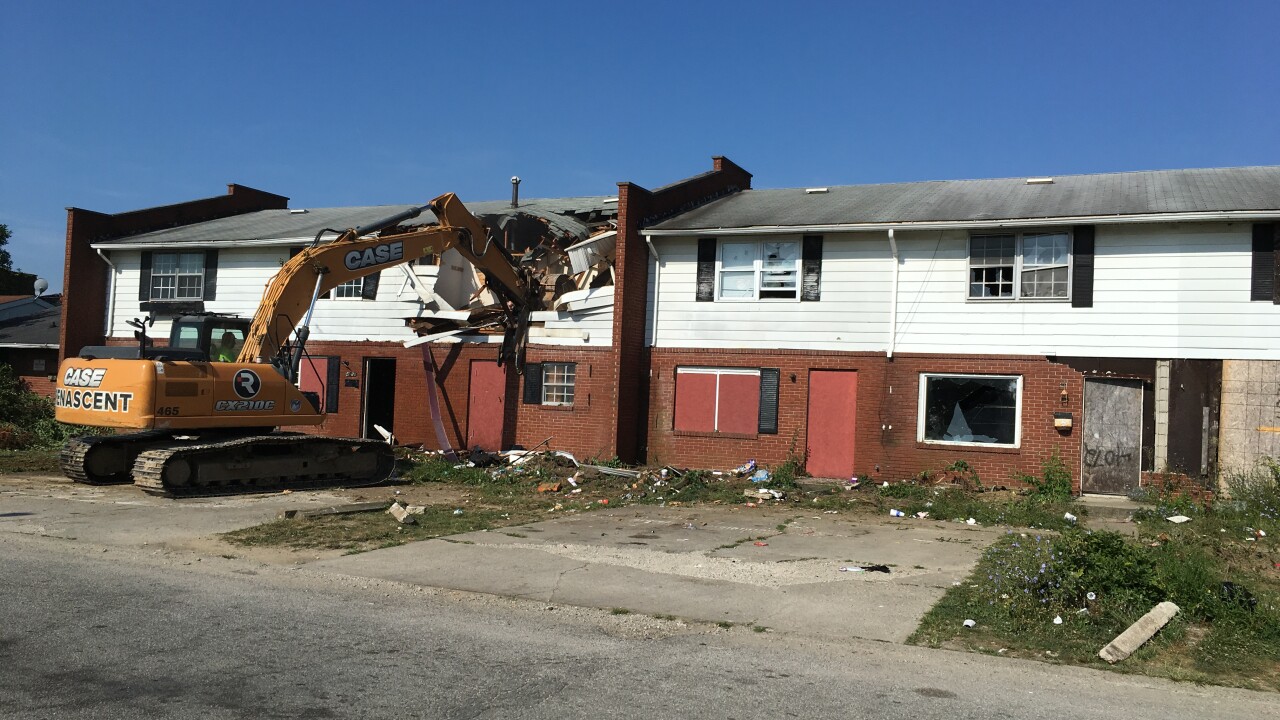 INDIANAPOLIS — The City of Indianapolis began to demolish a vacant housing complex, which has become home to several violent crimes, on the city's far east side.

Towne and Terrance, near East 42nd Street and North Post Road, has contributed to to health and public safety concerns from residents, according to a press release from the city.

The Department of Business and Neighborhood Services began demolition on Aug. 8, according to the release. The city says it is apart of their plan to address city-owned properties causing concerns for residents.

PREVIOUS | City of Indianapolis owns 70 abandoned units at Towne & Terrace complex | With six months to go, the Far Eastside has reached 11 murders this year. It ended 2017 with 11

"These properties have far too long been an eyesore, negatively impacting the quality of life for residents, and leading to serious concerns for public safety,” Indianapolis Mayor Joe Hogsett said in the release. “This project is the first of many steps the city is taking to address the deplorable conditions residents of the area unfortunately have come to experience and live with daily.”

There are no redevelopment plans in place for the area as of now.