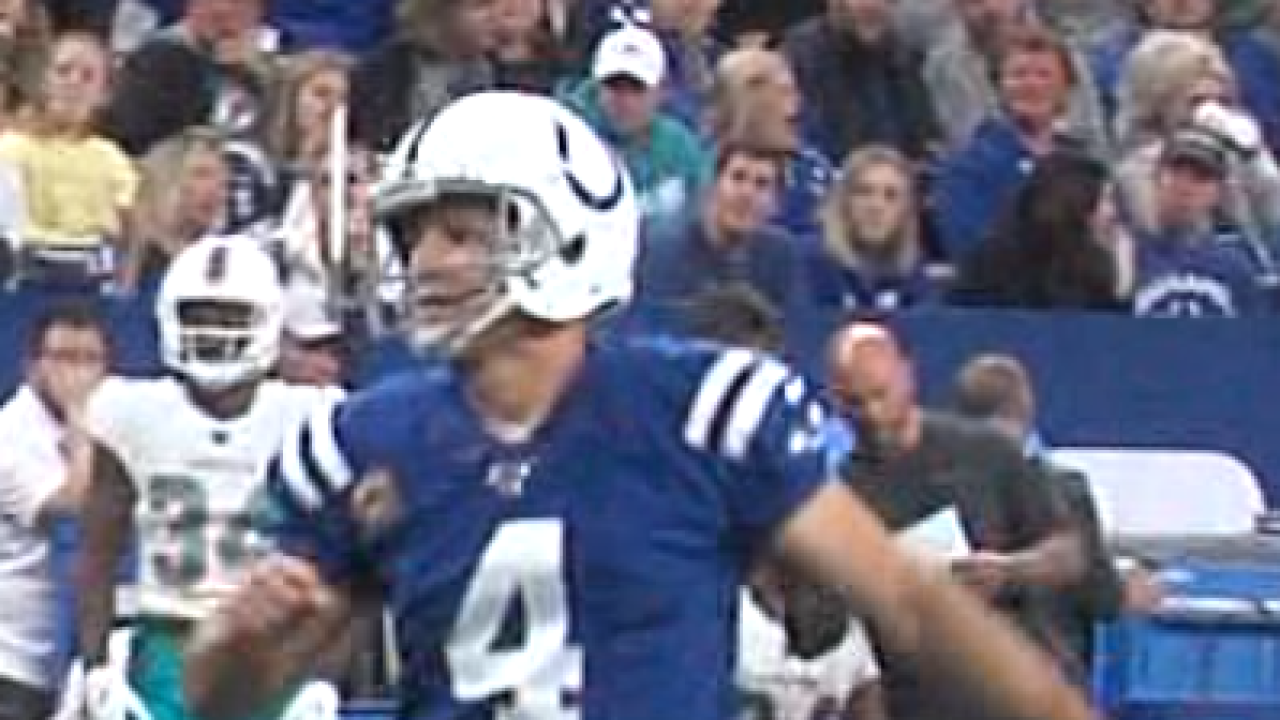 INDIANAPOLIS — Is Adam Vinatieri still the Colts kicker? His status with the team is in question after Indianapolis signed a new kicker, Wednesday.

Chase McLaughlin is an NFL rookie, but already a well-traveled one. He has played in four games this season with the Los Angeles Chargers and three with the San Francisco 49ers. In those seven games, McLaughlin has converted 13-of-17 field goal attempts and all 15 extra point attempts. He was available to the Colts off the NFL waiver wire.

McLaughlin appeared in 35 games at the University of Illinois where he made all 79 of his extra point attempts and 44-of-59 field goal attempts. He was named a 2018 First Team All-Big Ten member.

Vinatieri, the NFL's oldest player at 46, was limited in the Colts Wednesday practice with a knee injury. His struggles this year are well known. In last Sunday's loss to Tennessee, Vinatieri missed three-of-four field goal attempts — two of which were blocked. He has missed six extra point attempts this season.