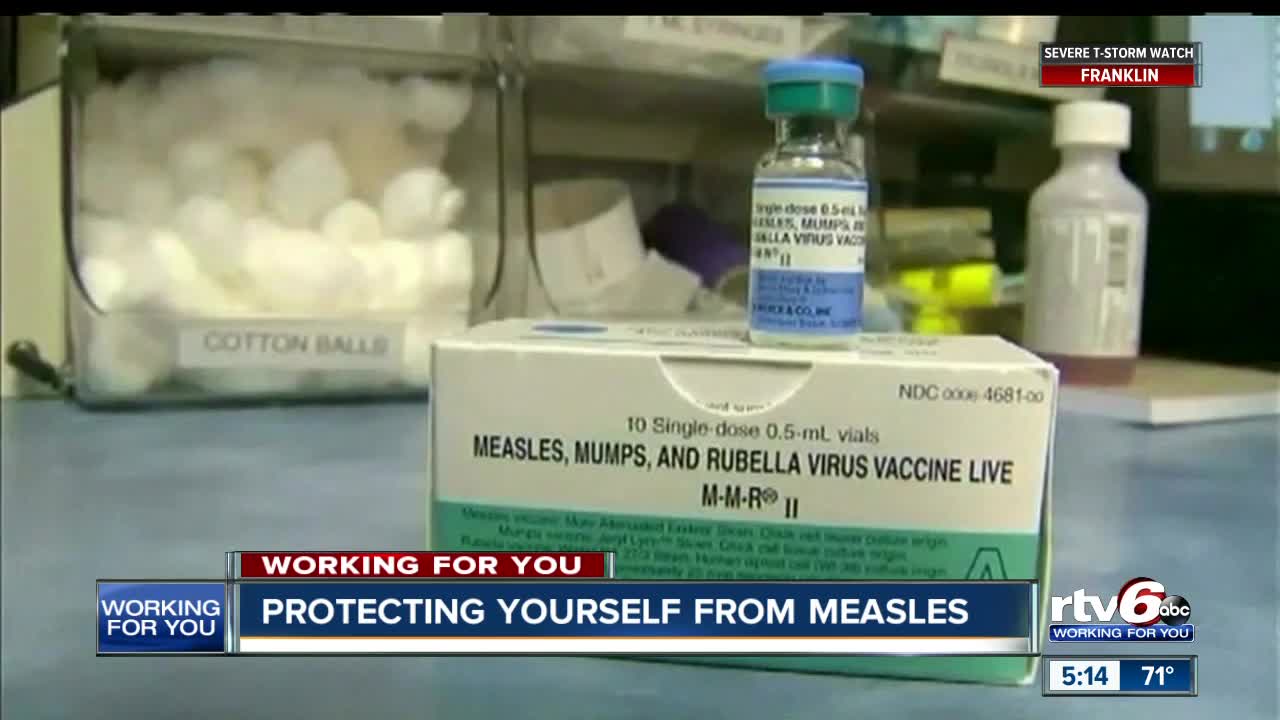 Indiana doctors are concerned measles could become a problem here

INDIANAPOLIS — So far. a measles outbreak in some states has not reached Indiana.

But doctors are concerned it could.

Since the start of the year, 228 measles cases in 12 states -- including Illinois and Kentucky -- have been reported to the Centers for Disease Control.

The main symptoms of measles are a cough, congestion, red eyes, fever and a rash spreading from the face along the body.

The CDC says the majority of cases involve people who were not vaccinated against measles.

Many people who choose not to vaccinate are concerned about side effects.

"Most of the things we talk to families about are kind of long-term effects of the vaccine and we do know there's a lot of studies that have been done that it's a very safe vaccine," said Dr. Jim Wood, a pediatric infectious disease specialist at Riley Hospital for Children.

Prior to the vaccine, an average of 500,000 cases of measles were reported every year in the U.S.

"We haven't seen it in the U.S. very often for a long time but it's certainly something we worry about as something that can cause kids to come into the hospital and even cause death,' said Dr. Wood.

All of this from a disease that, at one point, appeared to be wiped out in this country.