Dwight Freeney to be honored at November Colts game 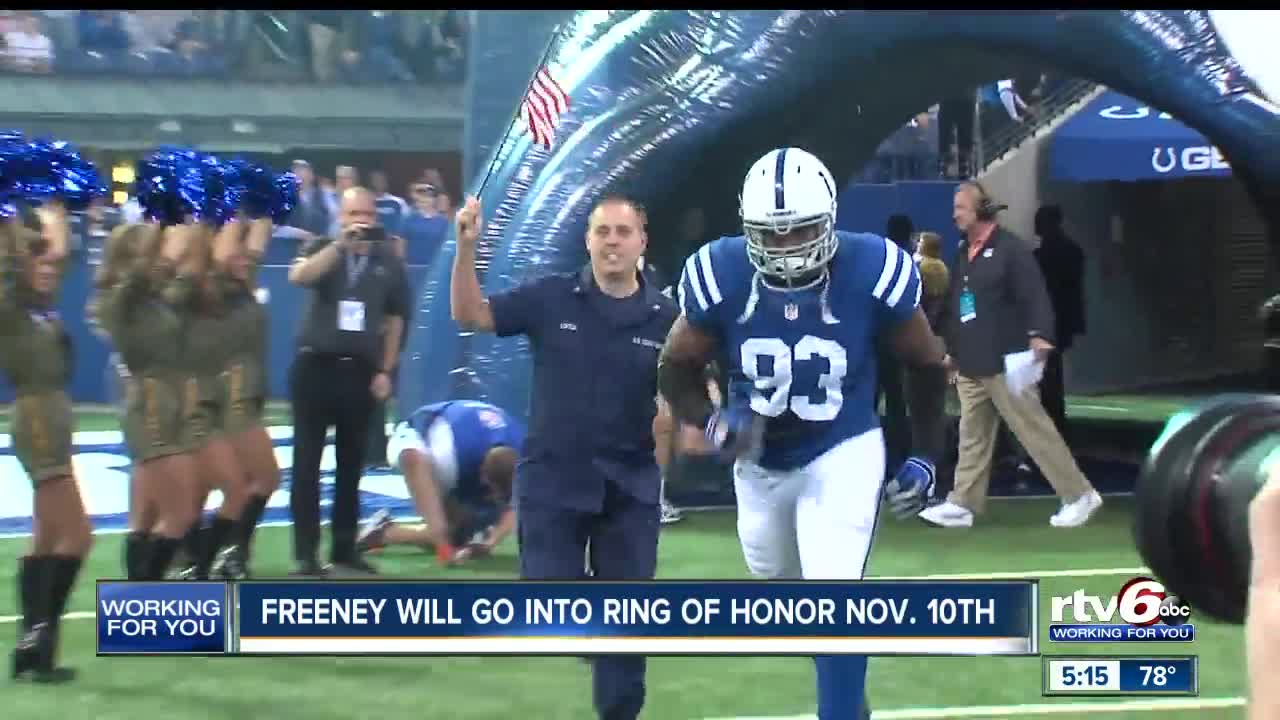 One of the Colts all-time defensive greats will join the team's Ring of Honor in November. 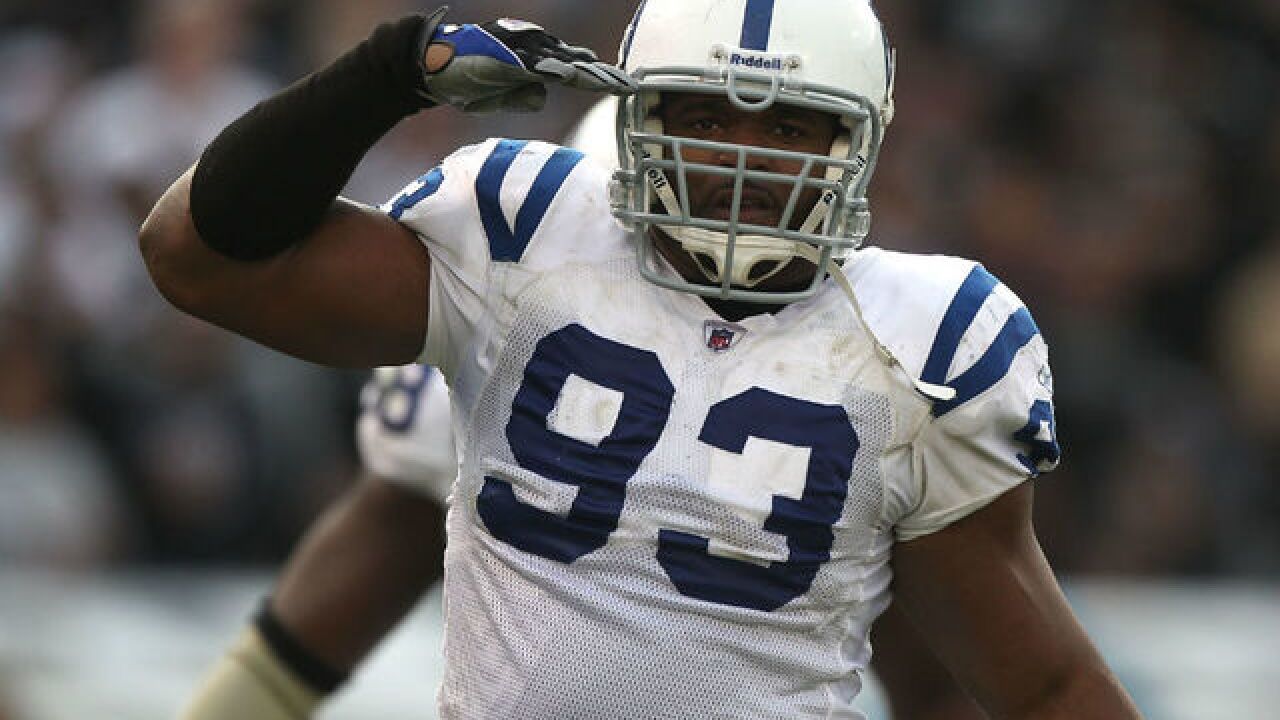 INDIANAPOLIS — One of the Colts all-time defensive greats will join the team's Ring of Honor in November.

The ceremony for Dwight Freeney will take place during the Colts November 10th game with Miami at Lucas Oil Stadium.

The team made the announcement Wednesday, one week after owner Jim Irsay said Freeney would become the team's 16th honoree in the ring.

Freeney played 11 seasons with the Colts after being selected in the first round of the 2002 NFL Draft.

As a Colt, he was a seven-time Pro Bowl selection and was on the 2007 and 2010 Indianapolis Super Bowl teams.

After leaving the Colts, Freeney played five more seasons with five different teams before retiring in 2018.