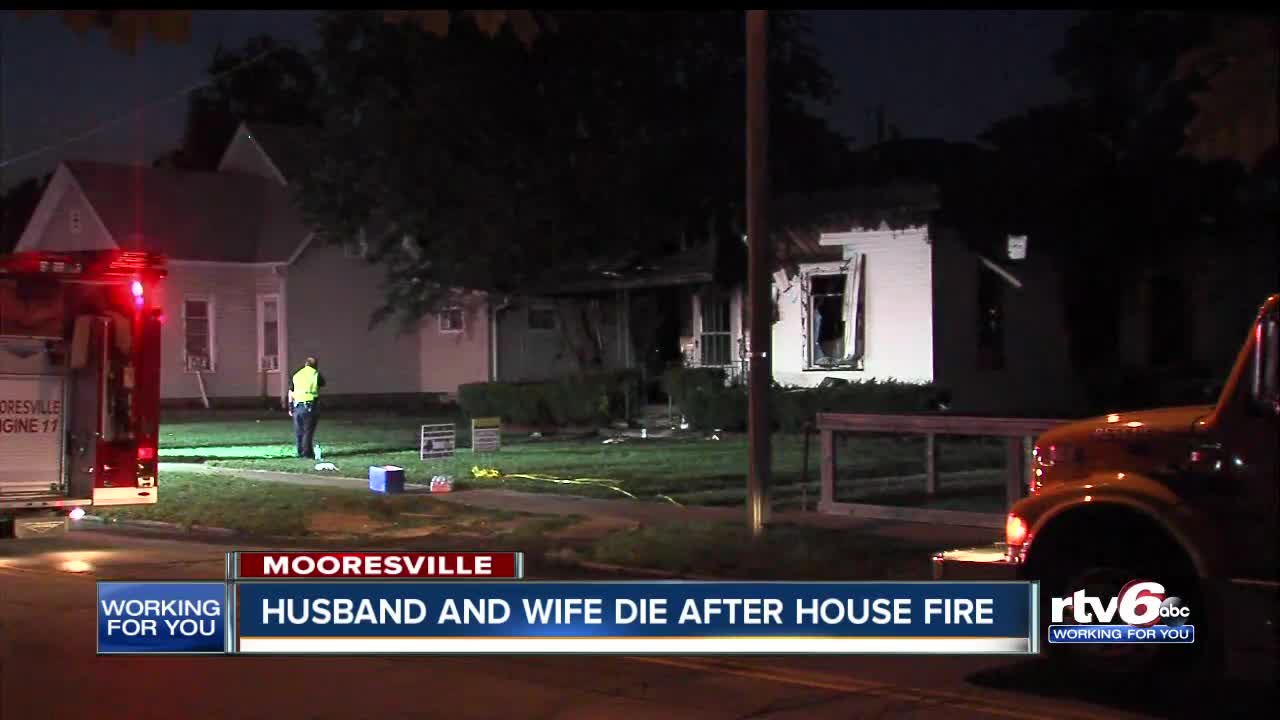 MOORESVILLE — An elderly couple died Monday in a house fire in Mooresville.

Mary Featherston was pronounced dead at the scene, while Donald Featherston died after being transported to Eskenazi Hospital.

The area around Indiana and High Streets was closed during the evening while the fire was investigated.

The fire was reported around 4 p.m.