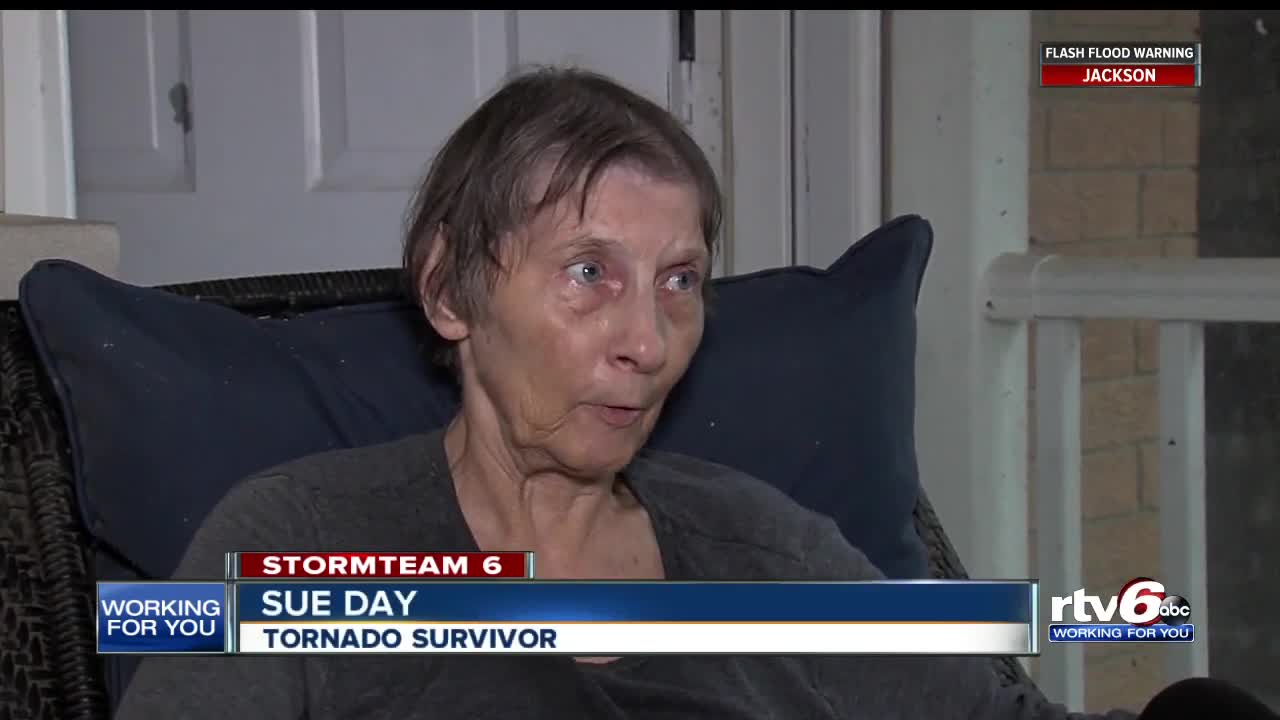 ELLETTSVILLE — You're at home and you get word there is a tornado warning. What do you do? Where do you go?

That's the situation that some Ellettsville residents were in on Saturday when a line of severe weather moved through central Indiana. The storms spawned as many as eight tornadoes across Indiana on Saturday.

"I automatically turned my TV on Kevin Gregory was saying it was heading toward Ellettsville," Sue Day, an Ellettsville resident, said. "We went into the hallway and laid on the floor. We could hear things crashing around the house and I prayed. I said, 'God please help us.'"

The house was unharmed but elsewhere there were problems. A large tree fell on top of their truck totaling it. There was also extensive damage to their pole barn.

Across the way, there was more discussion of divine intervention at Day's sister-in-law's house.

Ryan Dixon had just moved into his house a week ago. Then the tornado hit. When the storm came, Dixon and his wife and two daughters took refuge in a storm shelter in their backyard.

"I stayed calm when it happened but after I realized what happened I started shaking, kinda scared," Dixon said. "It's surreal. it's crazy."

According to the Monroe County Emergency Management Agency, 32 homes were damaged and four were destroyed.