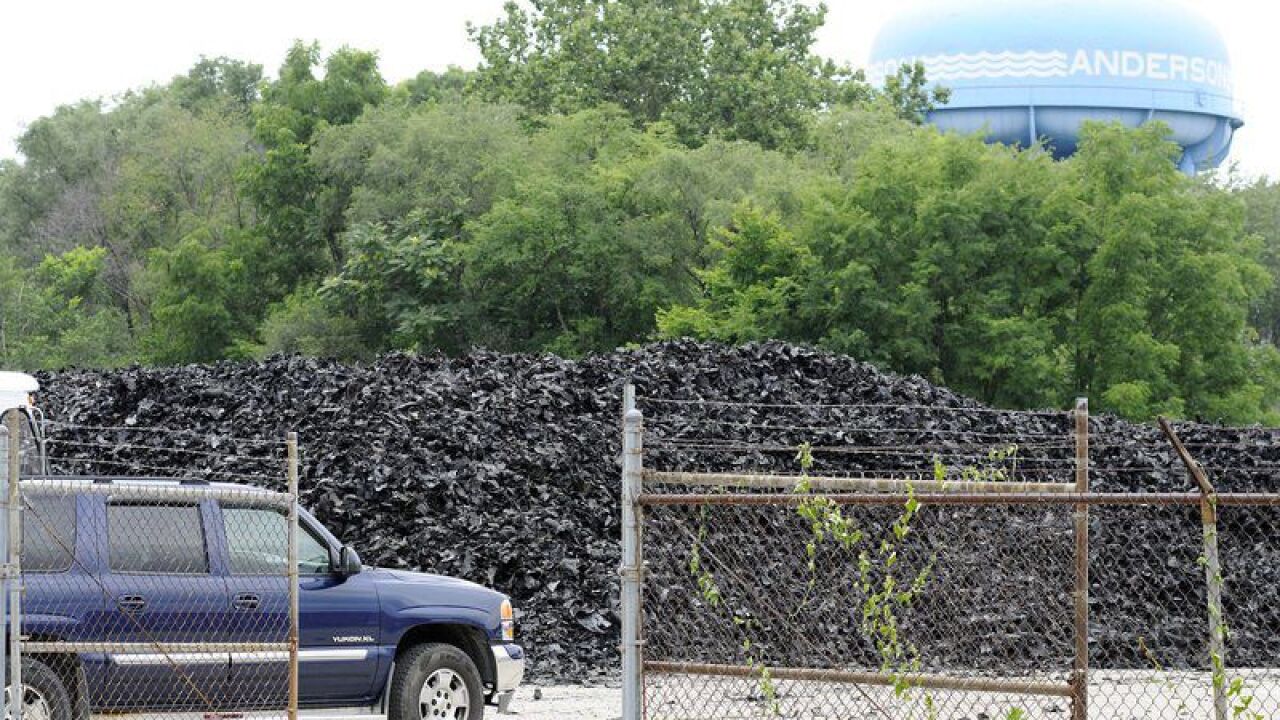 ANDERSON — Imagine about 200,000 vehicle tires cut up into small pieces and left to rot.

That’s the situation in Anderson at an abandoned business once known as Green Tire Reclamation on Fairview Street.

The Indiana Department of Environmental Management started going after Green Tire in 2016, but the agency says only a small number of tires were removed.

That left the state to take care of the problem through its Waste Tire Fund, at an estimated cost of $262,000,

The fund gets its money from a 25-cent fee on the sale of tires.

“The other concern about waste tire sites is if they catch fire. The fires are hard to put out and generate a thick black smoke that would impact local air quality for the duration of the fire,” Bonick said.

The tire cleanup is expected to be done by the end of 2019.