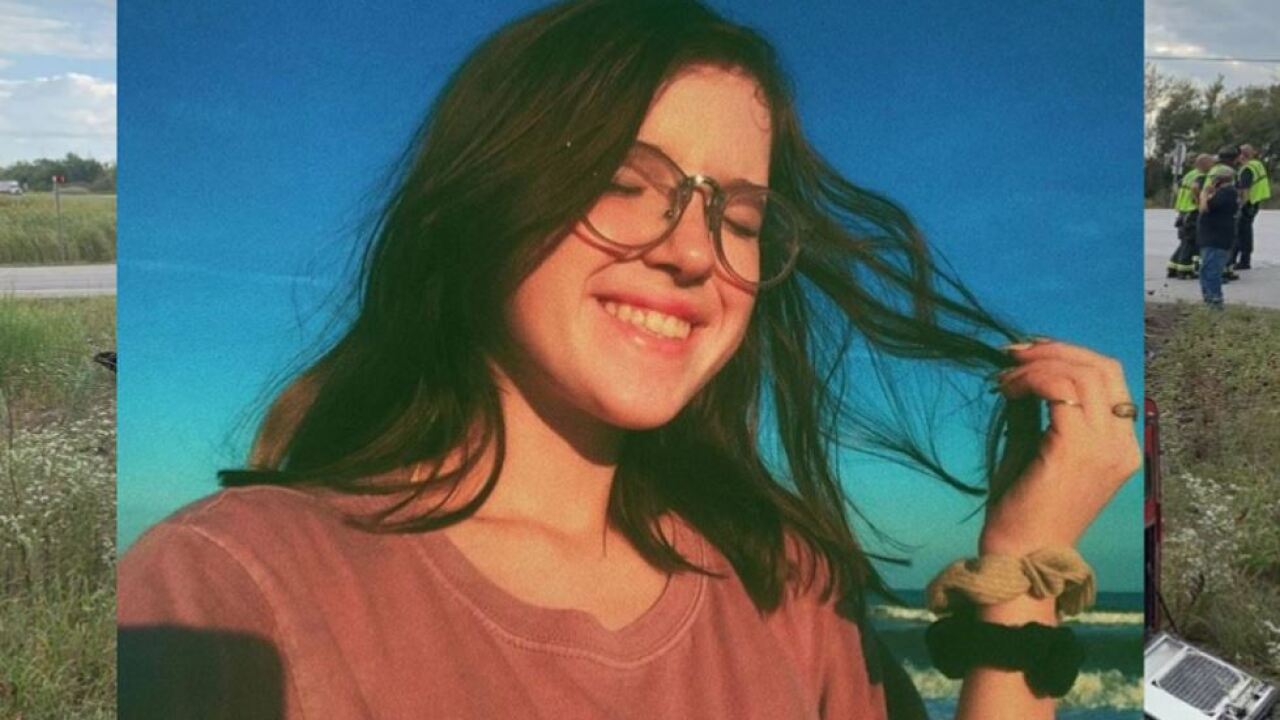 BROWNSBURG — Family members have identified the 16-year-old girl who was killed in a multi-vehicle crash in Brownsburg on Wednesday afternoon.

The Hendricks County Sheriff's Office says the crash happened just after 4 p.m. at the intersection of State Road 267 and County Road 1000 North.

Investigators believe a Mercury mini van was traveling eastbound on County Road 1000 North and did not stop at a stop sign, continuing into the intersection where it was struck by a Chevrolet pickup truck. After impact, the two vehicles traveled through the intersection and the minivan hit a third vehicle, a Pontiac passenger car.

There were two juveniles in the minivan at the time of the crash and both were transported to an Indianapolis hospital for treatment.

One of the passengers, identified by family members as Josie Cranfill, 16, died at the hospital. Friends and family have set up a fundraiser to raise money for Josie's funeral.

The condition of the second teen has not been released at this time.

The single occupant in the pickup truck was also taken to the hospital with non-life threatening injuries. The two people in the Pontiac passenger car were not injured.

The crash remains under investigation by the Hendricks County Sheriff's Office.