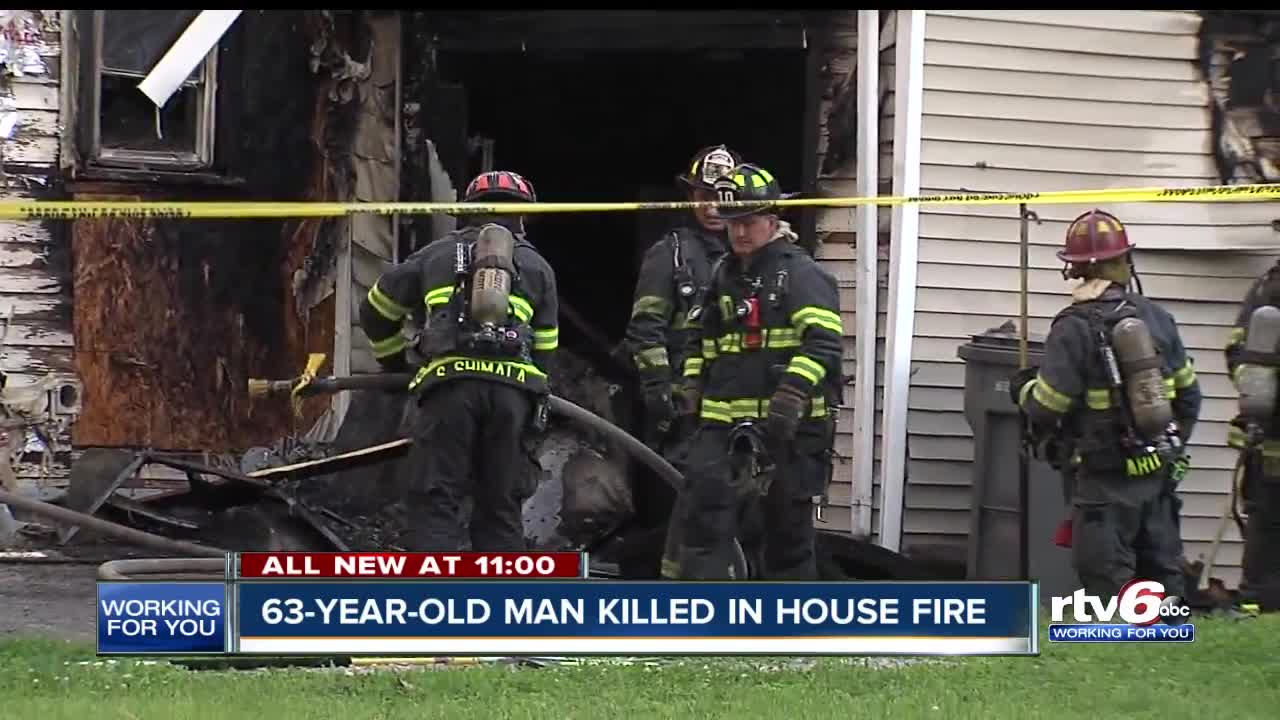 A man died while trying to extinguish a fire at a house he was visiting. 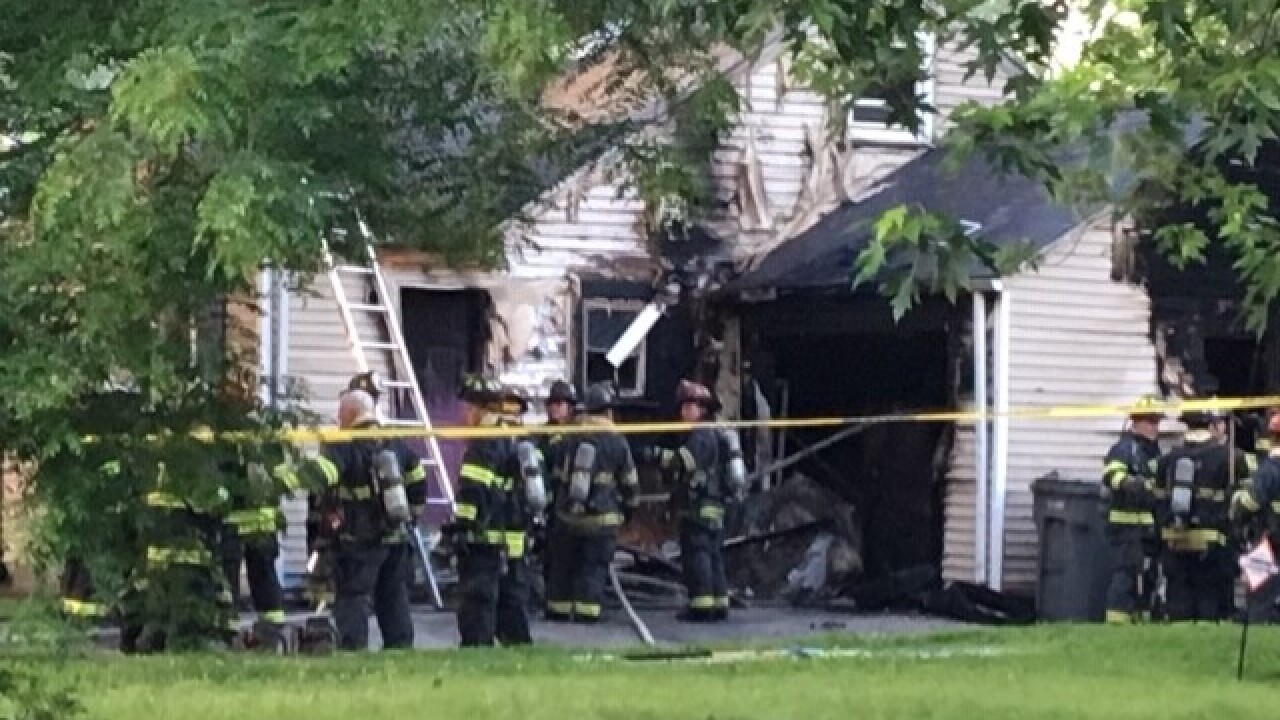 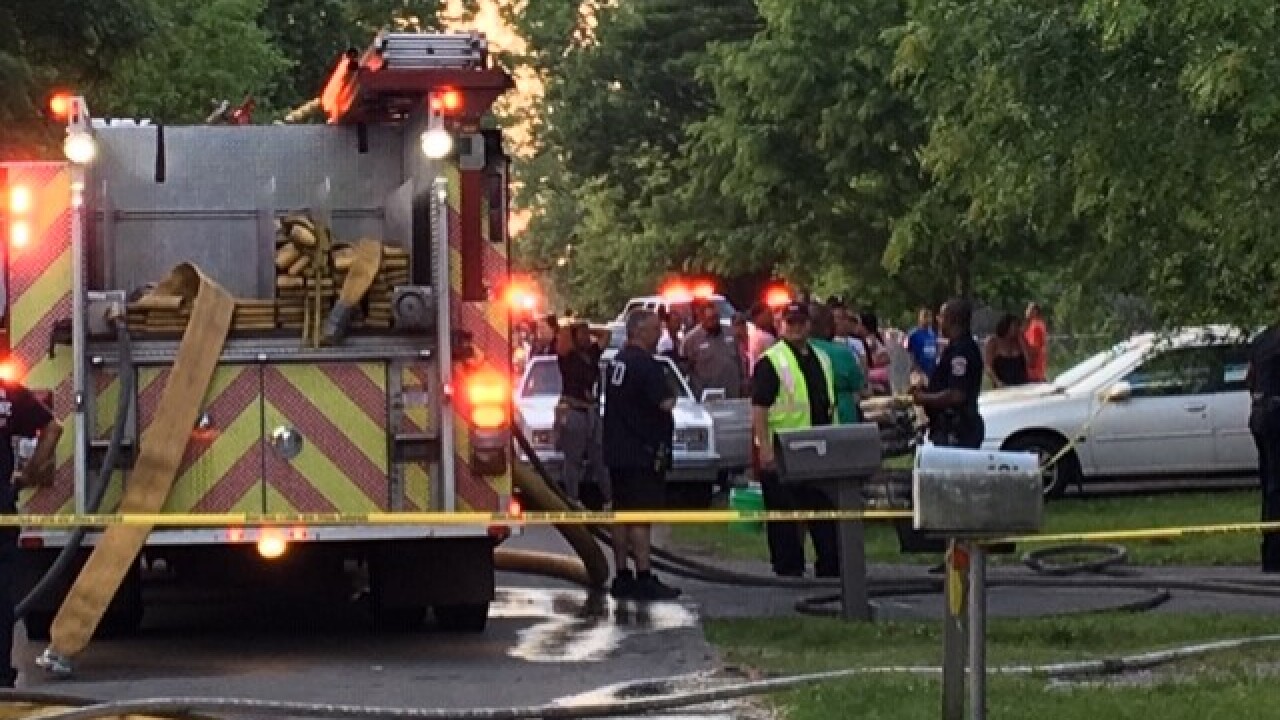 INDIANAPOLIS — A garage fire on the city's northeast side claimed the life of a 63-year-old man Tuesday evening.

Indianapolis Fire Department firefighters responded to fire in the 4000 block of North Kitley Avenue just before 8:20 p.m., according to IFD public information officer Rita Reith. The owner of the residence, Duane Childs, urged his friend, 63-year-old Doug Martin, to evacuate the burning structure when Martin was reportedly attempting to extinguish the fire with buckets of water.

Firefighters immediately investigated the house and garage that was filling with toxic black smoke when Childs reported that Martin was still inside the building.

Firefighters found Martin inside of the garage, where he is likely to have died due to toxic smoke, according to Reith.

IFD has ruled this fire as accidental.

This is the third local fire that has killed someone between the ages of 50 and 65 this week, and eight for the year. Three homes had smoke alarms and four did not, while five of the fatalities were ruled accidental, three have yet to be determined for the cause of the fire.

IFD has voiced its concern with the recent uptick in fatal fires around Indianapolis in the following statement:

"Your IFD is concerned about the number of preventable, accidental fires and fire related fatalities – occurring specific to the age group of 50-65. Our current statistics show this to be the most affected age group in the IFD service district. 2015 Data from the U.S. Fire Administration shows fire related deaths in that age group to be at 18.4 % while in our district, in 2015, we showed 33% in that age bracket. Over the last 5 years 2013-2018, we report 30% of our fire related fatalities, occurring in the IFD Service District, to be amongst 50-65 year olds.

We are working to find ways to reach this age group, increase their awareness and provide them with information and resources needed. Accidental and preventable causes include Cooking (Unattended & Grease), Smoking ( In Bed, Improperly Discarded & while on Home Oxygen), Electrical (Overloaded & Damaged Cords), Heating Sources (Space Heaters & Candles) and warming fires (homeless camps and vacant structures). We could use your help with the dissemination of information. Chief Malone encourages all residents to step out and check up on their family and neighbors. If you see something – say something. Let’s help each other #KeepItSafe. A working smoke alarm, knowing two ways out of your home and having a family evacuation plan are the most effective and simple ways to help protect your family."