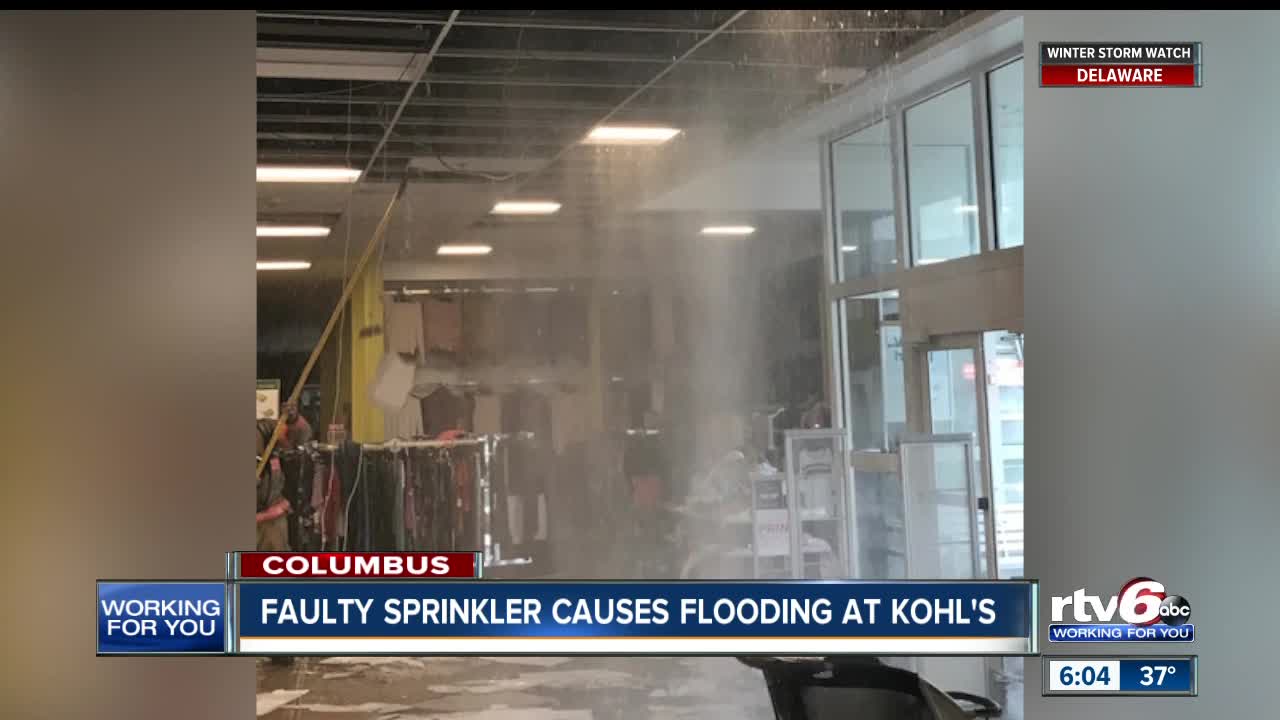 The Kohl's location in Columbus will likely remain closed until early next week after a faulty sprinkler was activated and started spraying out from the ceiling near the cashier area of the store.

Columbus Fire Department crews were called around 2:45 p.m. to the store and found part of the ceiling tiles collapsed near the cashier area and part of the store flooded, according to a Facebook post from CFD.

The store is expected to remain closed until repairs could be made and the damage was cleaned up, according to the post.

RTV6 has reached out to Kohl's media relations contacts by email for more information on how long the store is expected to be closed and is awaiting a response.