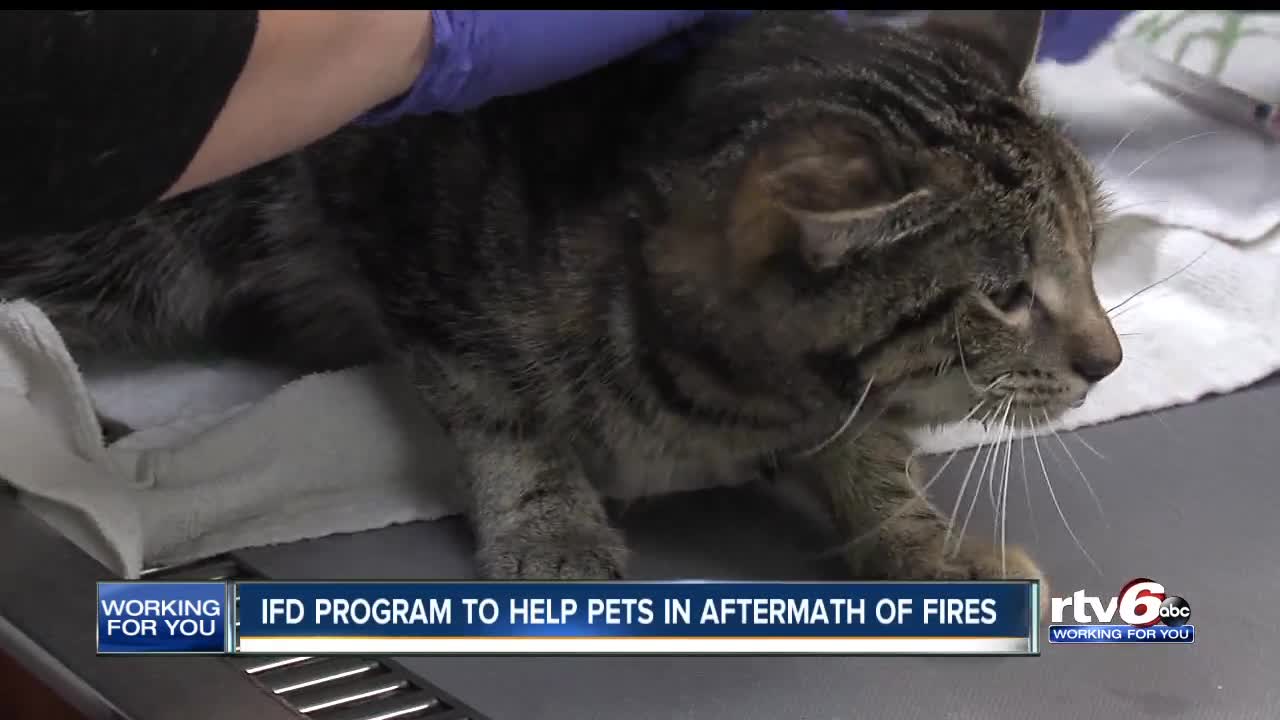 INDIANAPOLIS — The days following a house fire are a chaotic time for families, and pets are often the silent victims when disaster strikes.

With that in mind, the Indianapolis Fire Department, Friends of Indianapolis Animal Care Services Foundation and Noah's Animal Hospitals formed the Domestic Animal Rescue Treatment (D.A.R.T.) program, which will help cats and dogs in need of medical attention after a fire or accident.

The program was designed by several IFD firefighters who formed a committee in January to look at how to care for rescued and injured animals without placing any additional burden on families dealing with a crisis.

D.A.R.T. will provide free services to pet owners for the first 48 hours and there will be no cost to IFD. All animals will be taken directly to one of five Noah's Animal Hospital locations.

“Rescuing and treating animals on scene is nothing new to IFD,” Chief Ernest Malone said. “With the D.A.R.T. program, we are able to bridge the gap that existed between on-scene treatment and providing additional care after the animal is rescued.”

Noah's Animal Hospital director of communications Tom Dock said the program will help give family members affected by fire time to handle a sudden emergency, while knowing their pets are receiving the proper care they need to recover.

"We absolutely know that this is a very chaotic time for the human members of the family, so by allowing the firefighters to take their pets to a local animal hospital, to an emergency center that can take care of them with oxygen and overnight needs and everything, the human family can really focus on taking care of their own needs," Dock said.

Funding for each treatment will be provided by the Friends of Indianapolis Animal Care Services Foundation as part of its Indy C.A.R.E.S. program, which is made possible through donations.

The Indianapolis Fire Department said 15 animals have been treated by Noah's after being brought in by IFD.