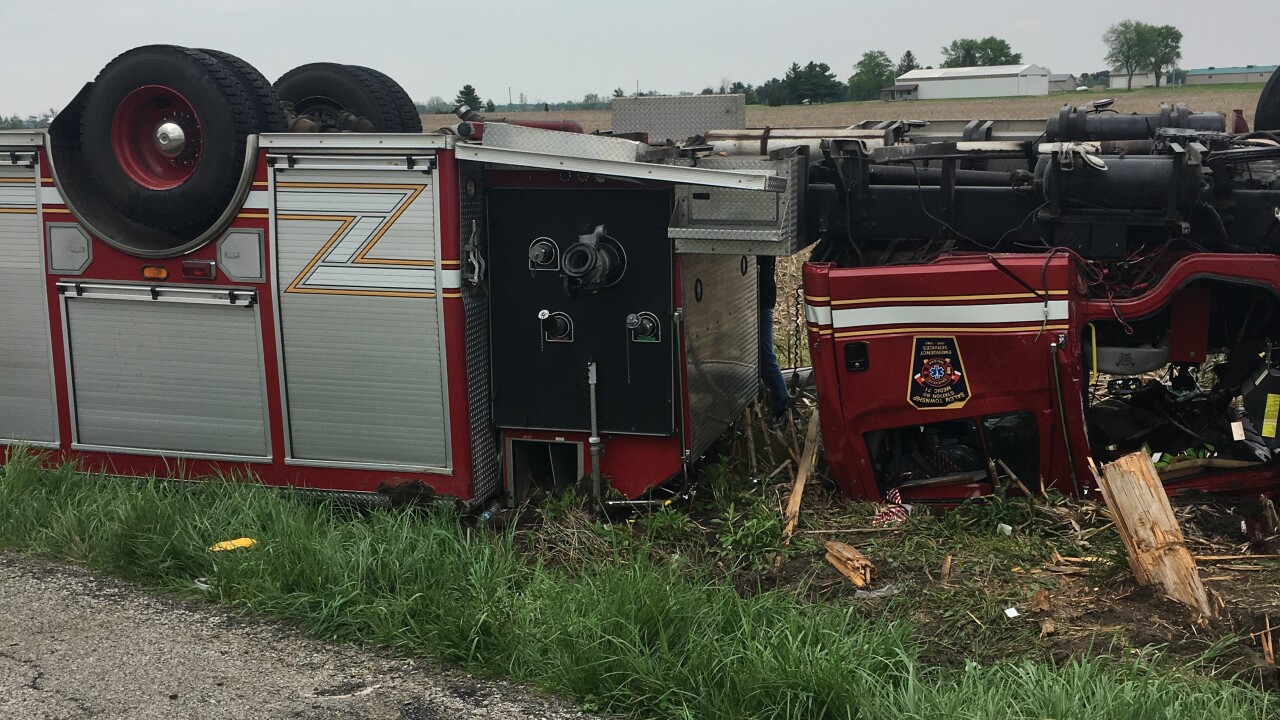 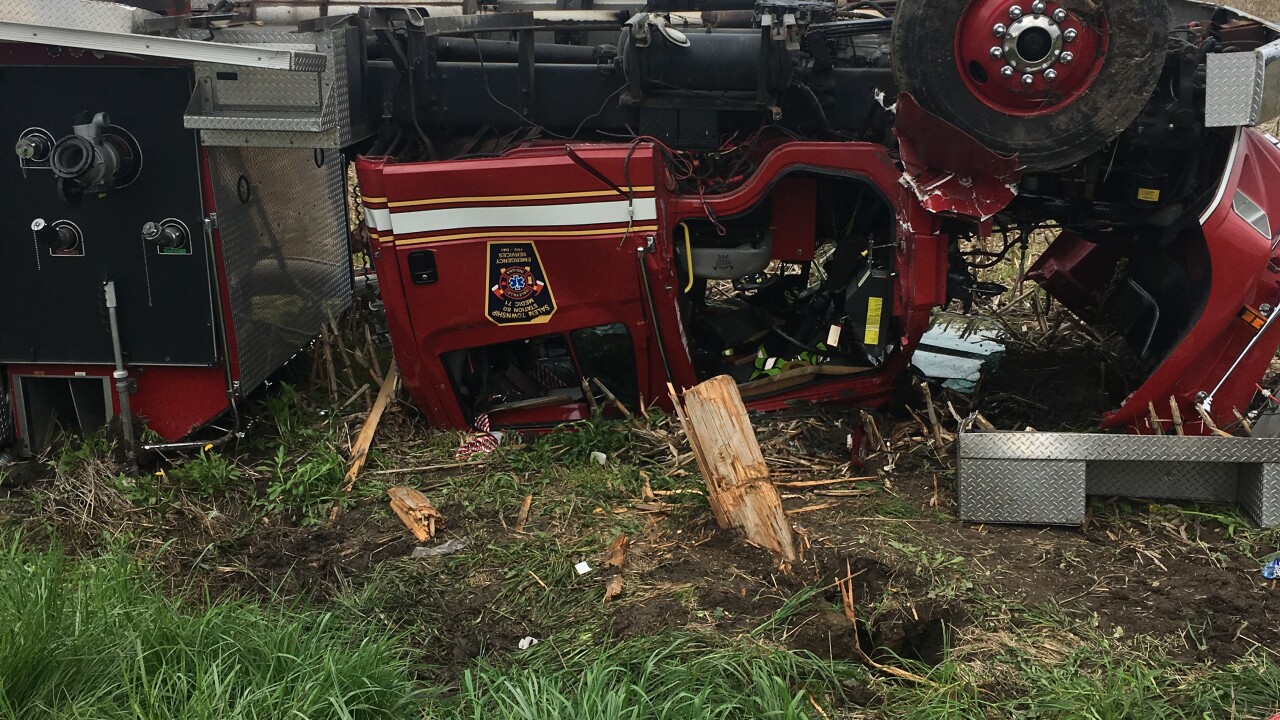 DALEVILLE — A Delaware County volunteer firefighter remains in serious condition following an accident this past Tuesday.

An engine truck from Salem Township/Daleville Emergency Services was returning to its station from a field fire when it was involved in an accident.

To complicate matters, the crash caused electric lines to fall, forcing rescue teams to wait until utility workers could get to the scene and shut off the power.

Taylor and Mowrey were alert and talking when they were rescued and taken by ambulance to IU Health Ball Memorial Hospital in Muncie.

On Friday, Fire Chief Todd Lewis described Mowrey's condition as "serious," while Taylor was treated for "bumps and bruises" and released from the hospital.

Chief Lewis says the department is waiting to hear from its insurance company about the truck, but he believes it was totaled.