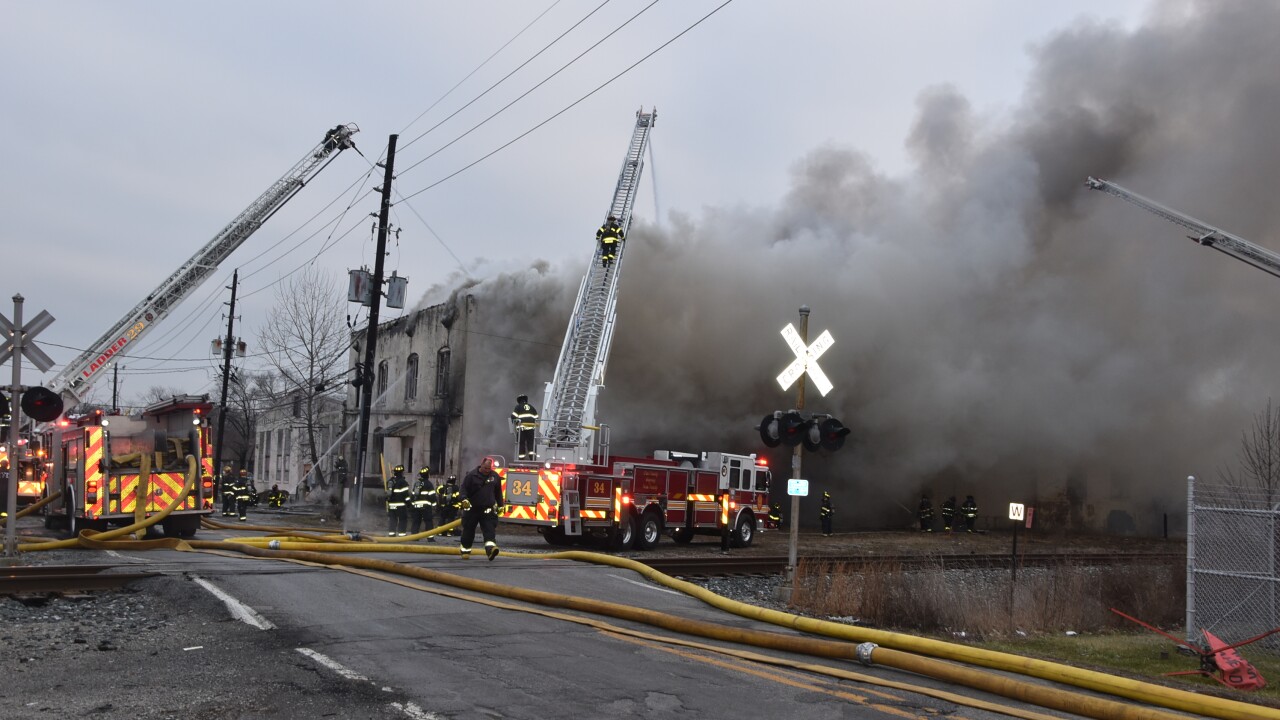 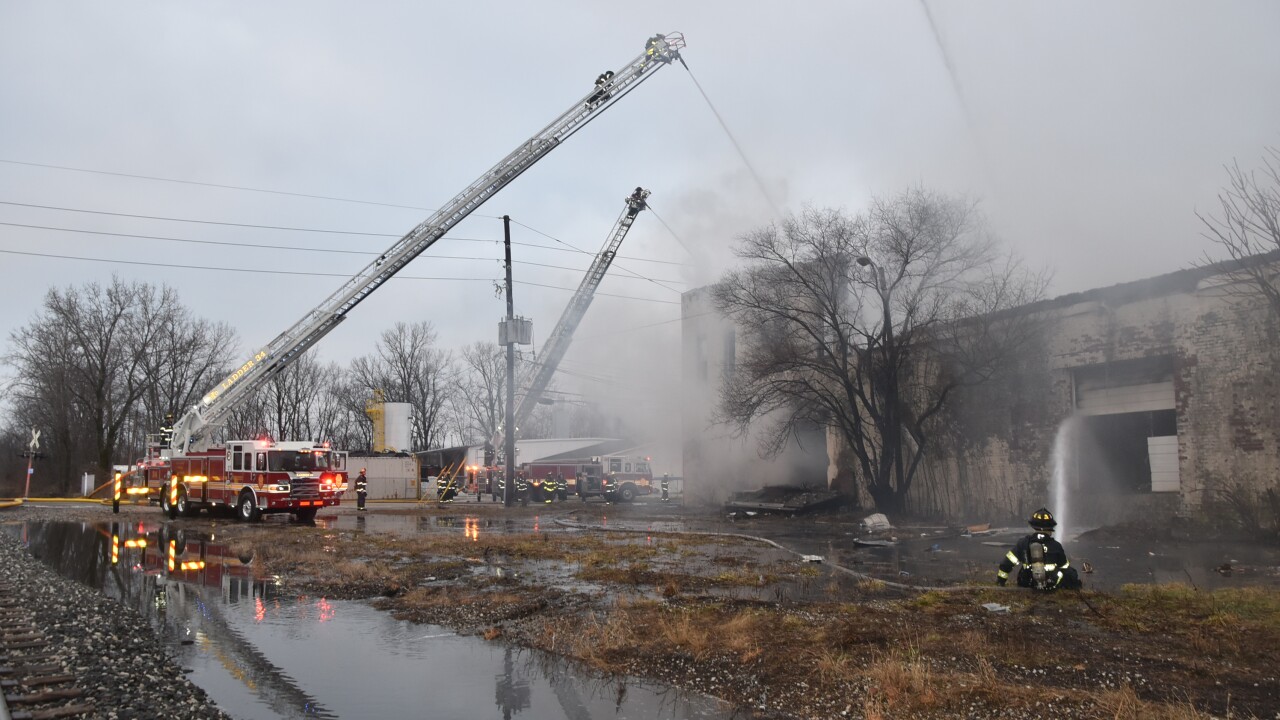 INDIANAPOLIS — Fire investigators say three people possibly living inside of a vacant building on Indianapolis' south side may have accidentally caused a large fire while trying to keep warm on Tuesday afternoon.

Indianapolis Fire Department firefighters received multiple calls around 5 p.m. about a large fire in the 800 block of East Sumner Avenue, IFD Battalion Chief Rita Reith said in a press release. The fire was upgraded to a two-alarm response three minutes after crews arrived at the scene.

Chromium, a hazardous material, was possibly inside the building, Reith said.

Two Indianapolis Metropolitan Police Department officers were checked out by medics for smoke inhalation, but were not transported to the hospital, Reith said. No firefighters were injured.

It took crews more than an hour to get the fire under control, Reith said.