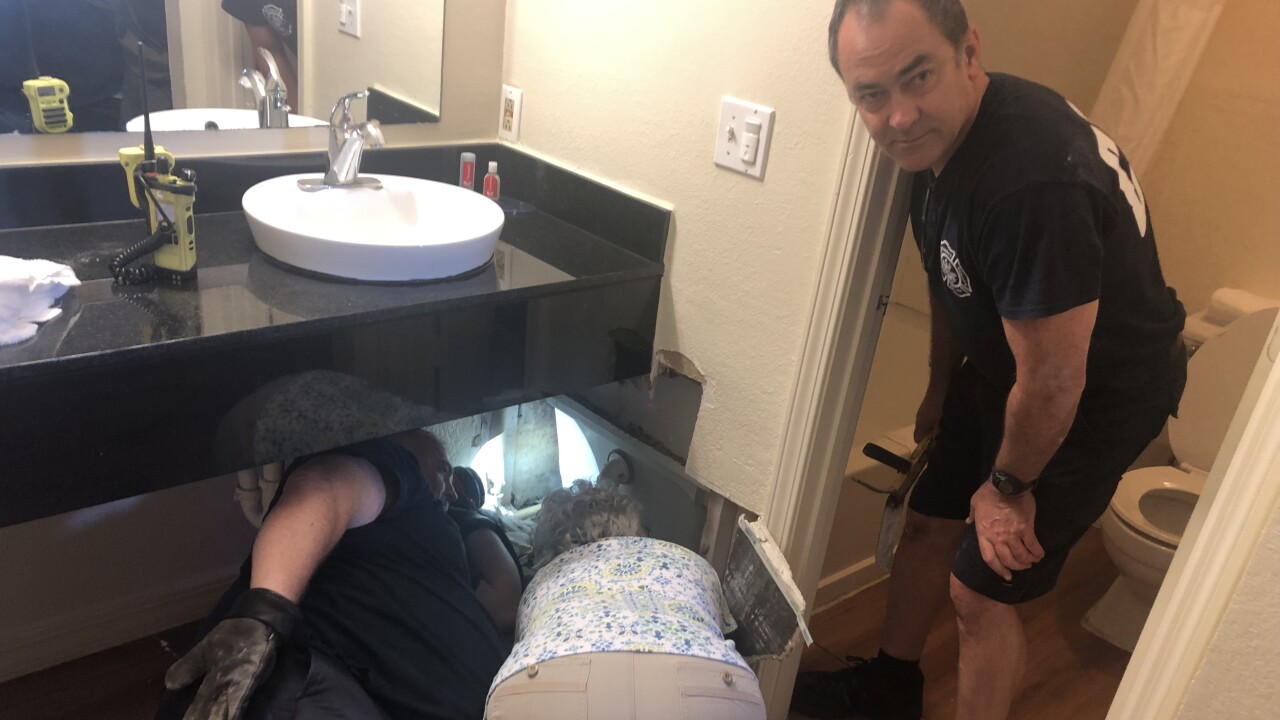 COLUMBUS—Firefighters in Columbus respond to accidents, medical emergencies and, of course, fires.

Then there is Molly, a two-year-old cat belonging to Nora and Frank Rollen.

The Rollins were driving home to Florida and stopped for the night at the Econo Lodge Inn and Suites in Columbus, a "pet friendly motel."

When they got up in the morning, Molly was nowhere to be found. Turns out she had made it through a small hole under a sink and was trapped between two walls and there was no way to get to her.

The Columbus Fire Department was called upon to help, but firefighters had no luck. Molly was scared by all the activity and backed herself into an area that wasn't accessible.

Then, the ingenious idea, explained by fire department Public Information Officer Mike Wilson. "Armed with the fire station's leaf blower, firefighters placed the blower into the void space opposite of where Molly was seen watching their every move. When the blower introduced air into the space, Molly ran from her hiding space and was reunited with her owners."

According to Wilson, the leaf blower strategy worked "purr-fectly." Molly was not hurt and the trip to Florida could resume.