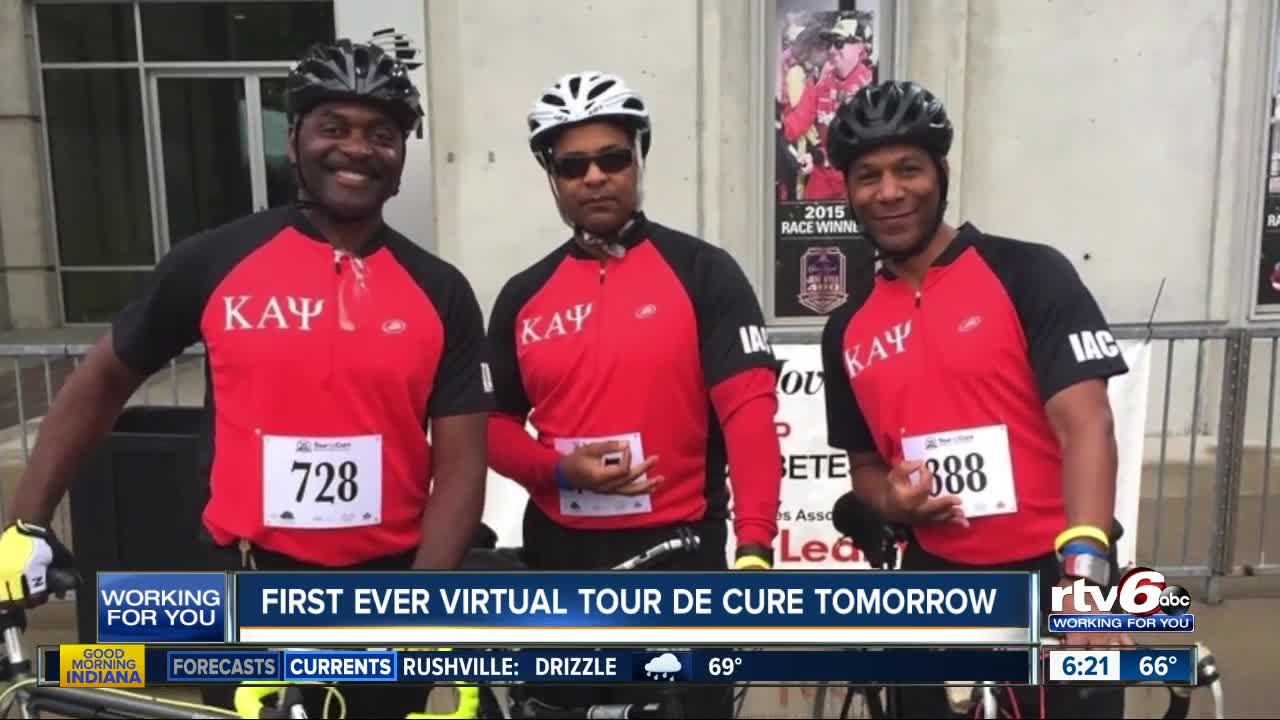 INDIANAPOLIS — For the first time in history, the American Diabetes Association will host a virtual Tour de Cure on Saturday.

If you look at the standing right now on the Tour de Cure page, Team "Indy Kappa" is the number one fundraising team for their category, and they hope to keep it that way using a little friendly competition.

The ADA gives awards to people who meet fundraising milestones, but members of team Indy Kappa say that's not why they do it.

"It's just a great organization, so we try to do the best for the community that we can, and I encourage everybody to join it," Jackson said. "We just try to do our small part to help."

Indy Kappa plans to participate on Saturday by biking 23 miles. The team says they won't be racing, just pedaling and remembering the reasons they're out there.

There is still time to sign up for the event or donate to a team, such as Indy Kappa.