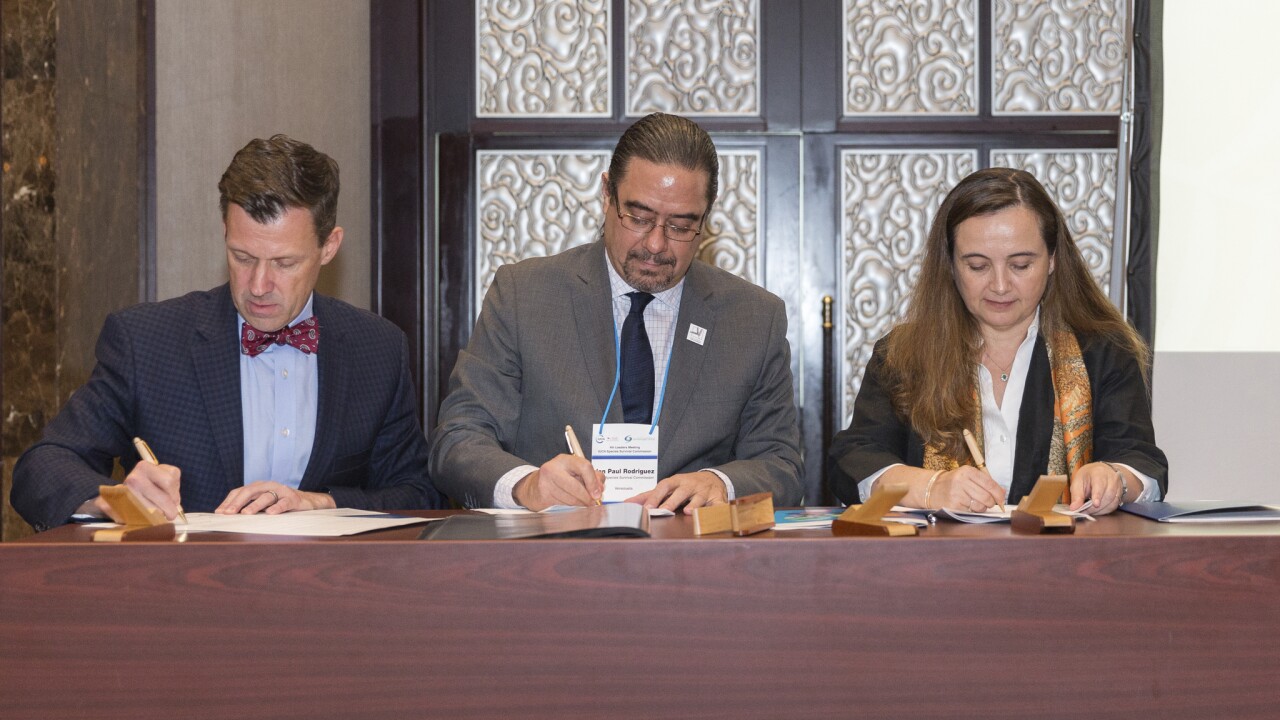 Copyright 2019 Scripps Media, Inc. All rights reserved. This material may not be published, broadcast, rewritten, or redistributed.
Provided by Indianapolis Zoo

ABU DHABI, United Arab Emirates — The Indianapolis Zoo will be the base of the world's first Global Center for Species Survival.

The Indy Zoo announced the center's creation on Tuesday after leaders from the International Union for Conservation of Nature and the Species Survival Commission signed an agreement on Monday. The agreement was signed IUCN leader, including Dr. Rob Shumaker, president of the Indianapolis Zoological Society, at a meeting in Abu Dhabi, United Arab Emirates.

The opening of the center is made possible due to a $4 million start-up grant from Lilly Endowment Inc., according to the Indianapolis Zoo.

“It’s no exaggeration to say that every significant conservation project in the world will be touched by the Global Center for Species Survival,” Shumaker said. “This is the next important step in our Zoo’s commitment to advancing animal conservation, and it fundamentally transforms our ability to make a genuine difference in protecting the natural world.”

What exactly is the 'Global Center for Species Survival?'

Well, it primarily aims to help save threatened species.

The GCSS will employ nine experts to be based at the Indianapolis Zoo. Their roles will be to enhance the efforts of the more than 9,000 wildlife experts worldwide that are working to save threatened species.

The IUCN believes the center and the partnership will bridge the gap between the global network of leading conservationists.

“The Global Center for Species Survival represents a turning point for global species conservation,” Dr. Jon Paul Rodriguez, chair of the IUCN SSC, said. “The IUCN SSC strongly believes that this partnership will change the way in which the global network of leading conservationists works together to save species. Indianapolis will be a hub for world-leading expertise and capacity building by working to bridge the gap between experts across the conservation spectrum; from zoo professionals, field practitioners, academics, to government officials.”

Out of 105,500 species assessed, around 28,000 are threatened with extinction, according to the IUCN.