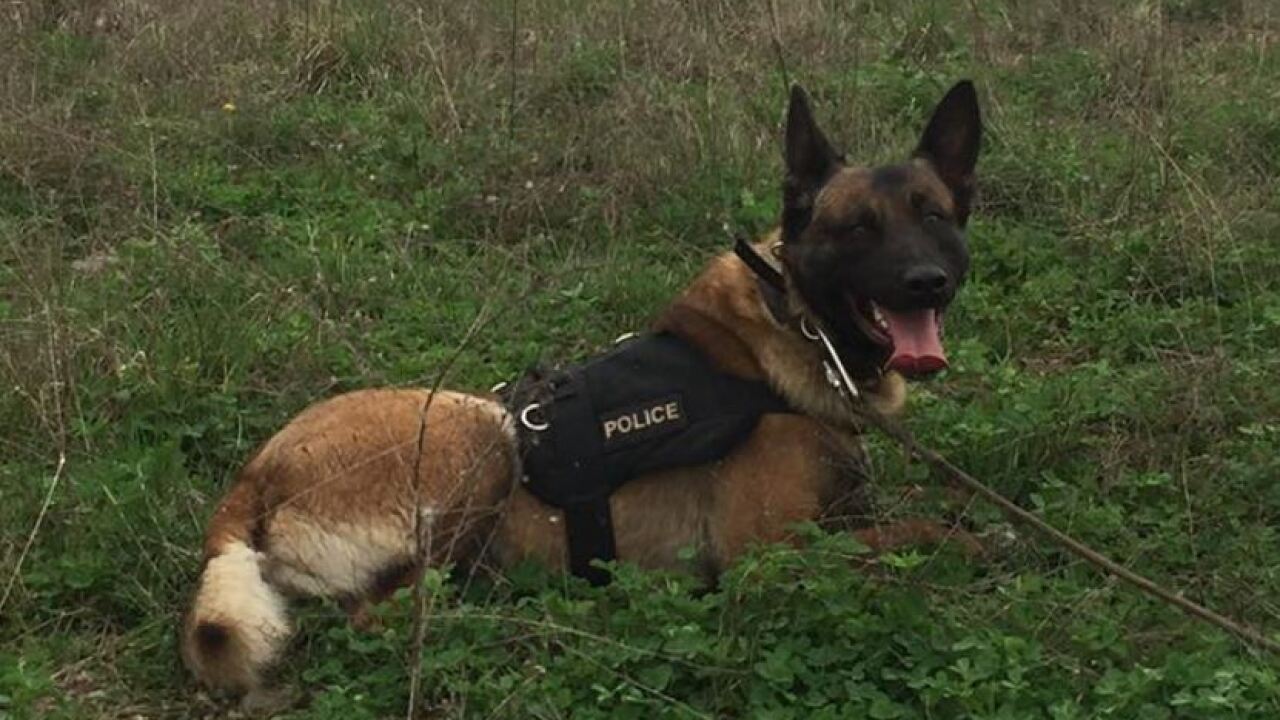 FISHERS — Anyone who has ever loved a dog knows saying goodbye is a difficult, heartbreaking experience.

This week was no exception for Jarred and Kimberly Koopman whose dog, Harlej, a Fishers Police Department K-9 officer, was shot and killed early Wednesday morning while assisting with a manhunt.

The Koopmans each wrote tributes to Harlej, a 5-year-old Belgian Malinois who joined Jarred's side at the department in 2015.

Jarred wrote in an Instagram post that Wednesday morning was what K-9 handlers train their hearts for, but are never truly ready to experience. He said Harlej was a dedicated, hard-working dog who was always in relentless pursuit of everything they did together.

"My memories of him are just pure joy and happiness," he wrote.

Harlej always waited to be called and was ready to do what was asked of him, Jarred wrote. He knew Harlej would be prepared to get to work, no matter the situation.

"I knew every time I got him out of my car, he was going to help every time," he wrote. "Whether that was to find drugs during a walk around or tracking down a fleeing felon."

But while Harlej was a police dog who found himself in dangerous situations like any other officer, he was also a regular dog who had cherished place in the Koopman household.

"I know you’re chewing on some tennis balls right now buddy," Jarred wrote. "Daddy loves you and I’m so glad you were my partner and in my life. You are a REAL hero today buddy. And you saved our lives last night."

Jarred's wife, Kimberly, also penned a blog post reflecting on her family's loss. She wrote that it's true that nothing good happens after midnight, and the call she received Wednesday morning was one of the worst the wife of a law enforcement officer could ever receive.

She wrote that Harlej was ferocious by night, but also unlike most police dogs by day.

"You could ALWAYS find him wagging his tail looking at his favorite guy," Kimberly wrote. "Letting kids pet him and spending many hours he and Jarred showed the community what they loved to do through demos. He was always waiting for a command and forever trying to take his red Kong toy and sit in my (lily) of the valley."

The bond between human officer and K-9 gave Kimberly goosebumps, and she loved watching them do their obedience training at home.

"I used to ask Jarred to show me how well he listened to all of his commands," she wrote. "It never got old. I got to see it all the time. I could see why others were always in awe when it was new to them. And what made it so special is to know that the first time Jarred brought him home he wouldn’t even take him off of his leash because he was afraid he would just run away. Which goes to show what a hard working man can accomplish when he expects greatness from his partner. They build the other to greatness."

As work partners, Kimberly wrote she always waited for Jarred and Harlej to come home together and the feeling of loss was all-consuming when they didn't.

"So when your husband calls you at 3:30 a.m. and starts the conversation with, ‘I am ok, but Harlej is gone,' a part of you crumbles," she wrote. "The loss feels unbearable. Your family breaks a little. And Jarred comes home alone.

"It’s hard to even write this through my tears. Knowing he will only live now in the form of our memories."

A memorial ceremony will be held for Harlej from 6-7 p.m. Wednesday at the Fishers High School gymnasium on Promise Road.