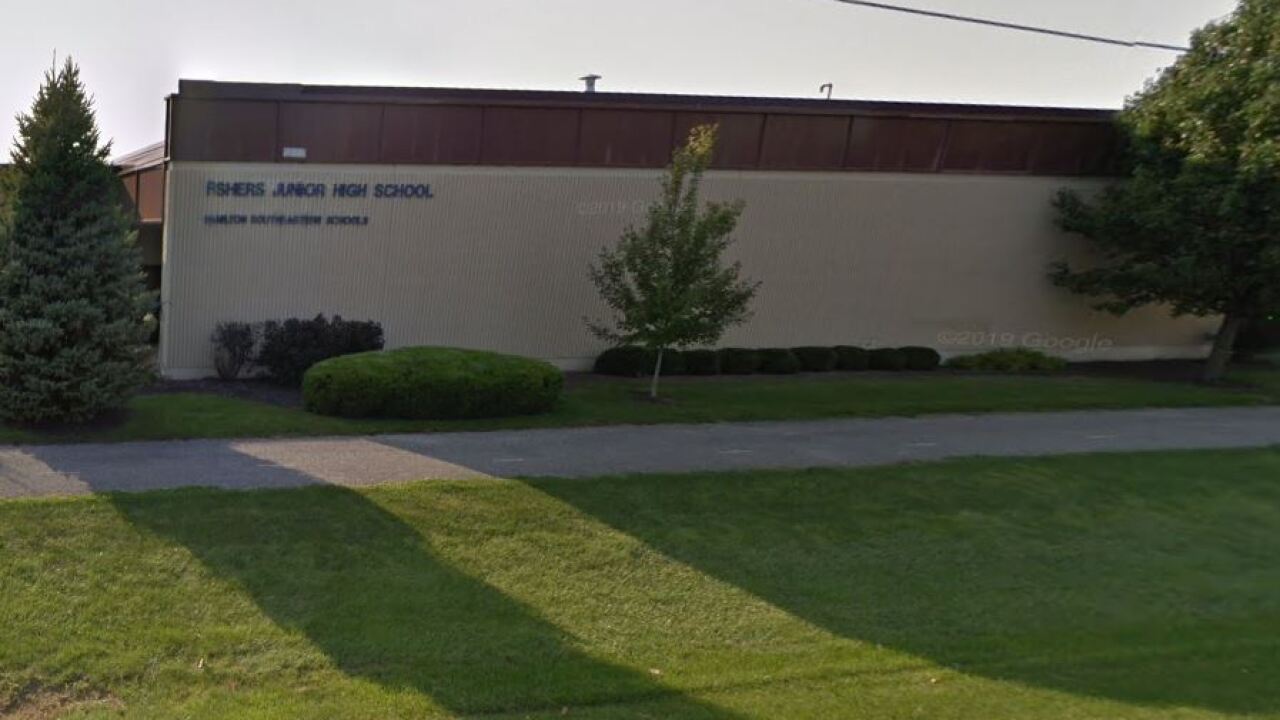 FISHERS — A teenager was arrested and charged Tuesday for submitting a threat against Fishers Junior High School.

According to a release from the Fishers Police Department, officers and detectives executed a search warrant at a house in the 12200 block of Weathered Edge Drive.

Several electronic items were seized and a 15-year-old boy was arrested. He was taken into custody and is being held at the Hamilton County Juvenile Detention Center.