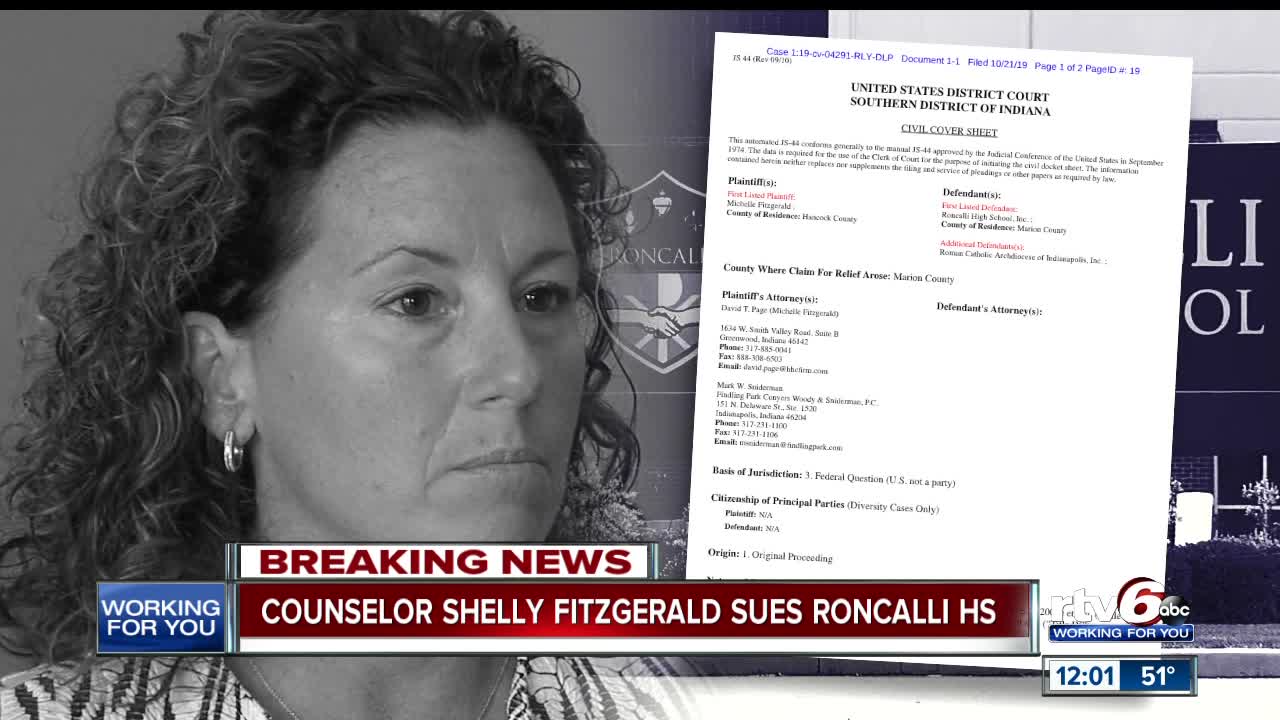 Former Roncalli counselor, Shelly Fitzgerald, was fired over her same-sex marriage and now she is taking the school to federal court. 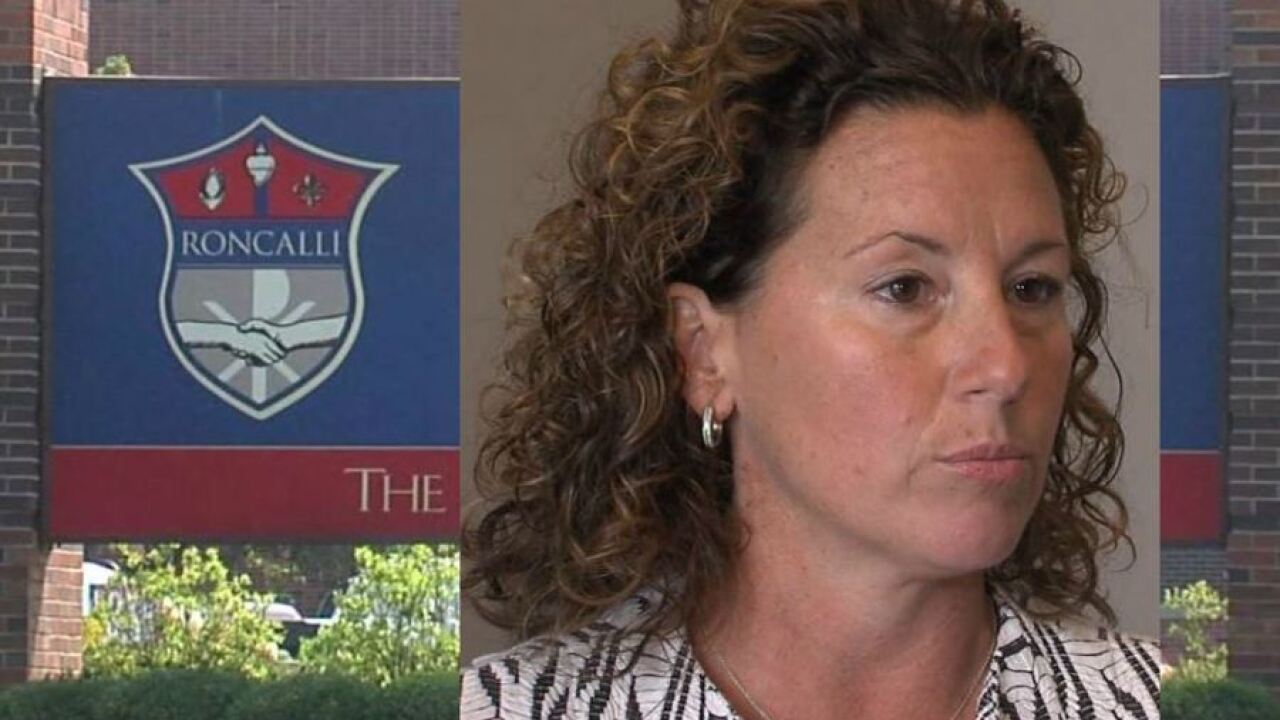 INDIANAPOLIS — Shelly Fitzgerald has filed a federal lawsuit against Roncalli High School and the Archdiocese of Indianapolis for their "wrongful and unlawful discrimination against her."

The lawsuit was filed Monday in the U.S. District Court for the Southern District of Indiana.

Fitzgerald, a former guidance counselor at the school, was placed on administrative leave, banned from campus and fired after someone found her marriage certificate from Hancock County and gave it to two school officials. In a meeting with school officials last year, Fitzgerald said she was given three options — resign, dissolve her marriage, or wait it out through the rest of the year, but the school wouldn't renew her contract.

Fitzgerald refused and this year filed complaints with the Equal Employment Opportunity Commission.

The church claimed her same-sex marriage stood against her school contract and church belief that marriage is between a man and a woman. In the lawsuit, Fitzgerald claims the church did not take similar actions against other employees whose actions contradict Catholic church teaching.

Fitzgerald is seeking an award of back pay with interest for the salary and other employment benefits lost, compensatory and punitive damages for "emotional distress and mental anguish," an award of damages for the losses she reasonably has and will sustain as a result of the denial of continued employment, interest and attorney fees.

The Archdiocese of Indianapolis issued the following statement through law firm, Becket, in response to Fitzgerald's lawsuit:

Catholic schools exist to communicate the Catholic faith to the next generation. To accomplish their mission, Catholic schools ask all teachers, administrators, and guidance counselors to uphold the Catholic faith by word and action, both inside and outside the classroom. If a school's leaders reject core aspects of the Catholic faith, it undermines the school's ability to accomplish its mission. Because of that, the Supreme Court has repeatedly recognized that religious schools have a constitutional right to hire leaders who support the schools' religious mission. Many families in our community have sacrificed so their children can attend schools where they will learn the Catholic faith. They rely on the Archdiocese to uphold the fullness of the Catholic teaching throughout its schools, and the Constitution fully protects the Church's efforts to do so.