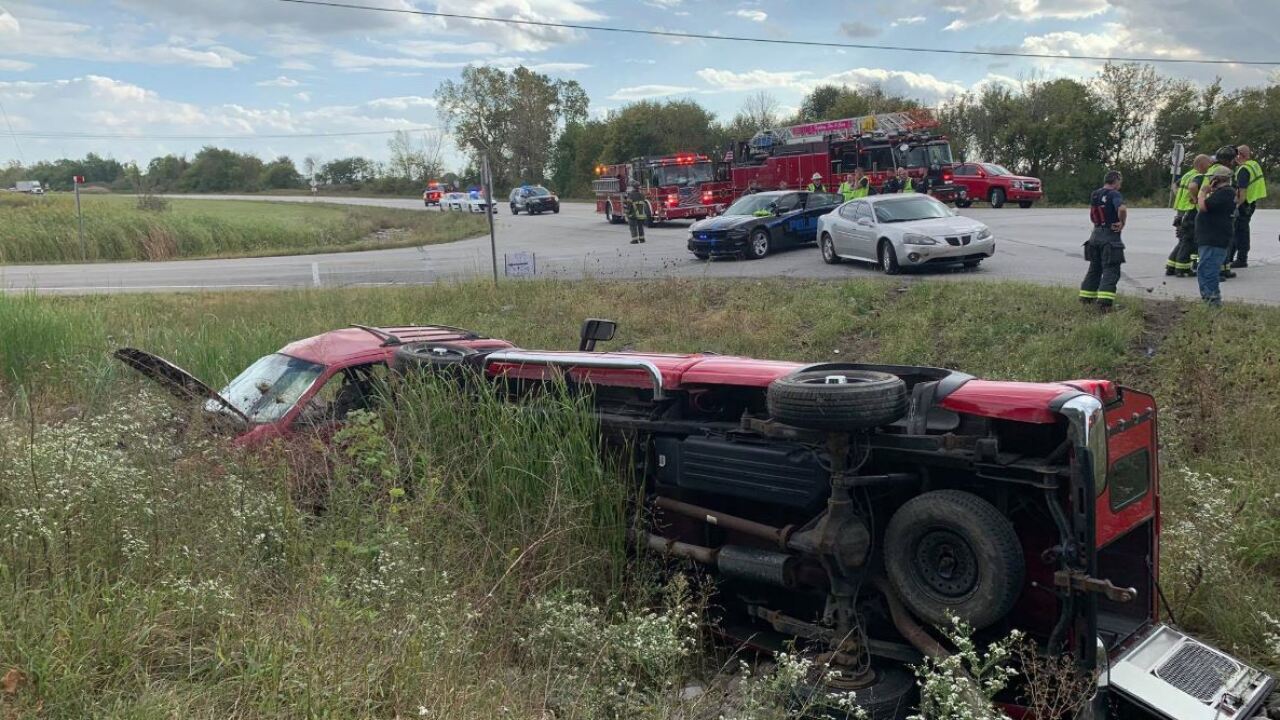 BROWNSBURG — A juvenile is dead and three people were injured Wednesday afternoon in a three-car crash in Brownsburg.

Brownsburg Fire Territory crews and emergency personnel were called to a crash around 4:45 p.m. to State Road 267 and County Road 1000 North on the report of a crash, Jim Miller, a public information officer for BFT, said.

Authorities believe the crash was caused by a mini van after it did not stop at the stop sign, hit a truck, then made contact with another car, Hendricks County Sheriff's Office Capt. Amanda Goings said. Both the driver and passenger in the minivan were juveniles.