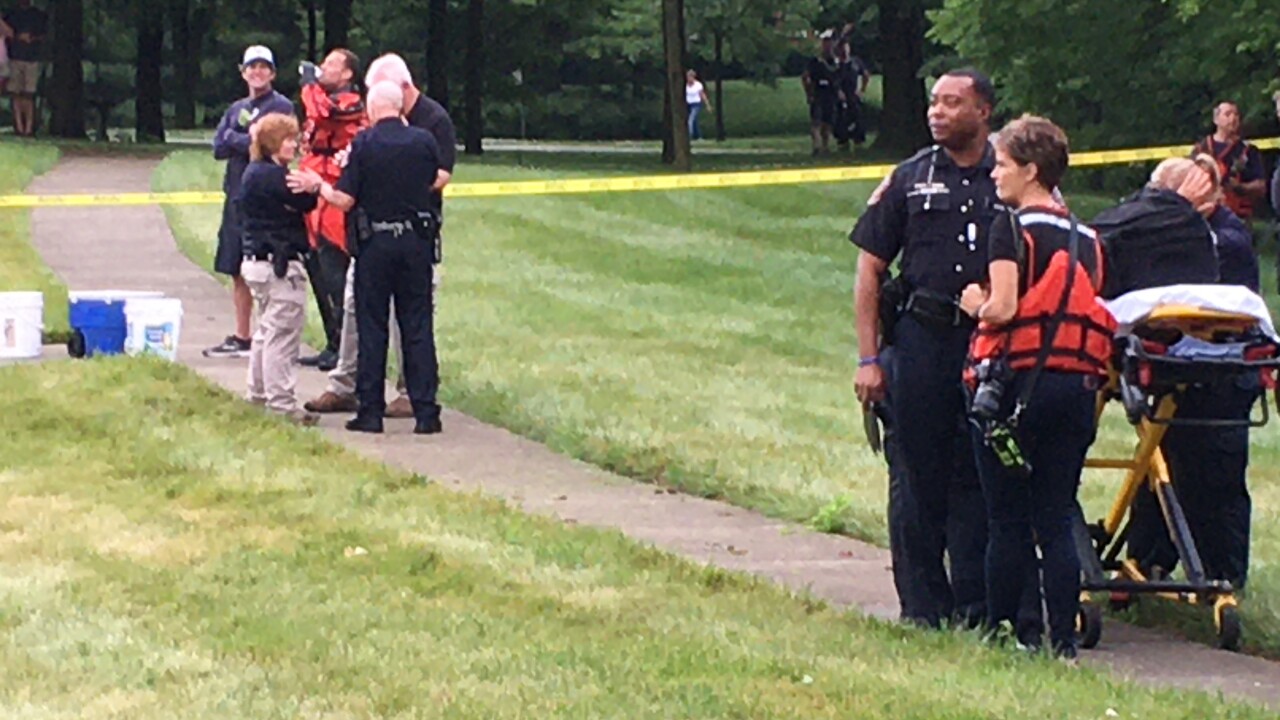 Mike Japowicz/RTV6 Photo
Four teens were injured after a driver drove into a pond on Saturday, June 27, 2020, in Indianapolis. Two of the teens were rescued from the car by police officers.

Editor's Note: The Marion County Coroner's Office confirmed the girl who died in the crash was 16 years old, rather than 15 as the Indianapolis Fire Department originally reported. This story has been edited.

INDIANAPOLIS — A 16-year-old girl is dead, a 16-year-old boy is in critical condition and two other teens were hospitalized after a crash in which a car they were riding in went into a pond Saturday evening on the southeast side of Indianapolis.

Indianapolis Fire Department crews and emergency personnel were called to the crash involving a Chevrolet Impala around 7 p.m. near the 7800 block of Ashtree Drive, near Shelbyville and East Stop 11 roads.

IFD Batallion Chief Rita Reith said witnesses told investigators they saw the car carrying four teens traveling westbound on Frye Road at a high rate of speed when it left the road, hit a tree and went into the pond. Reith said it is unclear if wet pavement or the curve contributed to the crash.

The car was found wheels down in 12 feet of water, approximately 35 feet off the shore, Reith said.

Two teens were trapped in the backseat of the car and rescued by Indianapolis Metropolitan Police Department officers who were in the area and jumped in the water to help, Reith said.

One of the teens, Ella Magyar, 16, later died. The other, a 16-year-old boy, was transported to St. Francis Hospital in critical condition.

"The girl was transported emergent and in critical condition to Community South," Reith said in a statement. "Despite given the best chance at survival, the young girl was pronounced deceased around 8:15 p.m."

The two teens who were able to get out of the car on their own, a 17-year-old driver and a 16-year-old passenger, were also taken to local hospitals and are in good condition, Reith said.

All four teenagers are students at Franklin Central High School, the school confirmed in a Facebook post.

"The quick and selfless actions of these, on duty IMPD officers, who were nearby and heard the call, was nothing short of heroic by all accounts," Reith said.

The cause of the crash is under investigation by the Indianapolis Metropolitan Police Department.