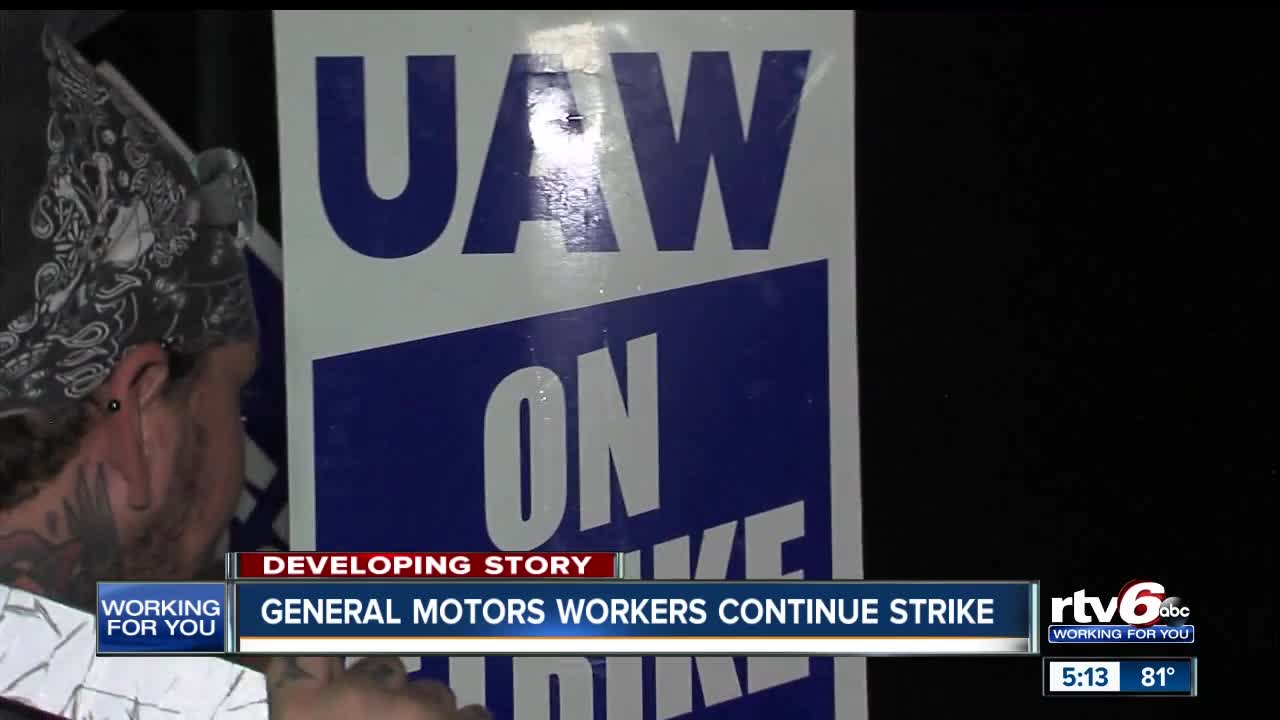 Tuesday was Day 2 of the strike at General Motors facilities across the country.

KOKOMO — Tuesday was Day 2 of the strike at General Motors facilities across the country.

Employees have been at the picket lines 24/7 at the GM components plant in Kokomo where 300 workers are employed. There are close to 7,000 GM employees across the state who are on strike.

The union is asking for higher wages, improved health insurance and better pension plans. Workers in Kokomo said they are concerned about the pay cut during the strike, but they said they have received a great deal of community support so far from individuals and other unions.

"They've really come together as one to bring us out a lot of supplies and water to make sure everyone is taken care of and we really do appreciate all the support that we've had," Greg Wohlford said.

GM has enough inventory for a little more than two months, so consumers will not see the impact of the strike for a few weeks. GM shares dropped more than four percent on Monday.