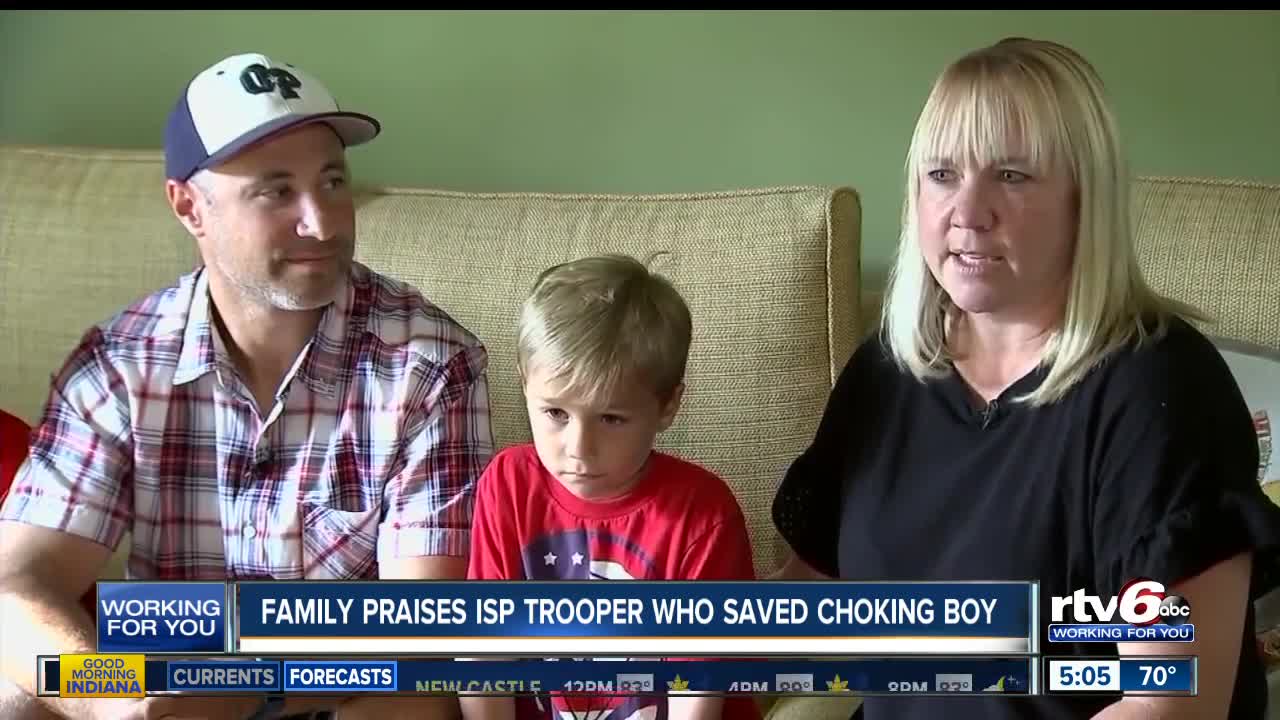 A 5-year-old boy is recovering at home in Georgia after a near-death experience on a Hoosier highway.

INDIANAPOLIS — A 5-year-old boy is recovering at home in Georgia after a near-death experience on a Hoosier highway.

"We were in the middle of 'no-where-Indiana,' and it's like we had these angels watching over us," Jill Gates, the 5-year-old's mother, said.

Jill and Brad Gates said they were driving home from a vacation to Michigan Thursday afternoon when their son Maddox started to choke.

The family immediately pulled over on U.S. 31 in Miami County and called 911.

An Indiana State Trooper happened to hear the call for help as he drove home from work, and arrived at the scene in about 30 seconds.

"He seemed to appear out of nowhere to me; the officer was giving him the Heimlich at the time," Jill said. "We can't thank him enough for stopping and doing what he did."

Maddox regained consciousness and spent several hours in a local hospital before being allowed to go home.