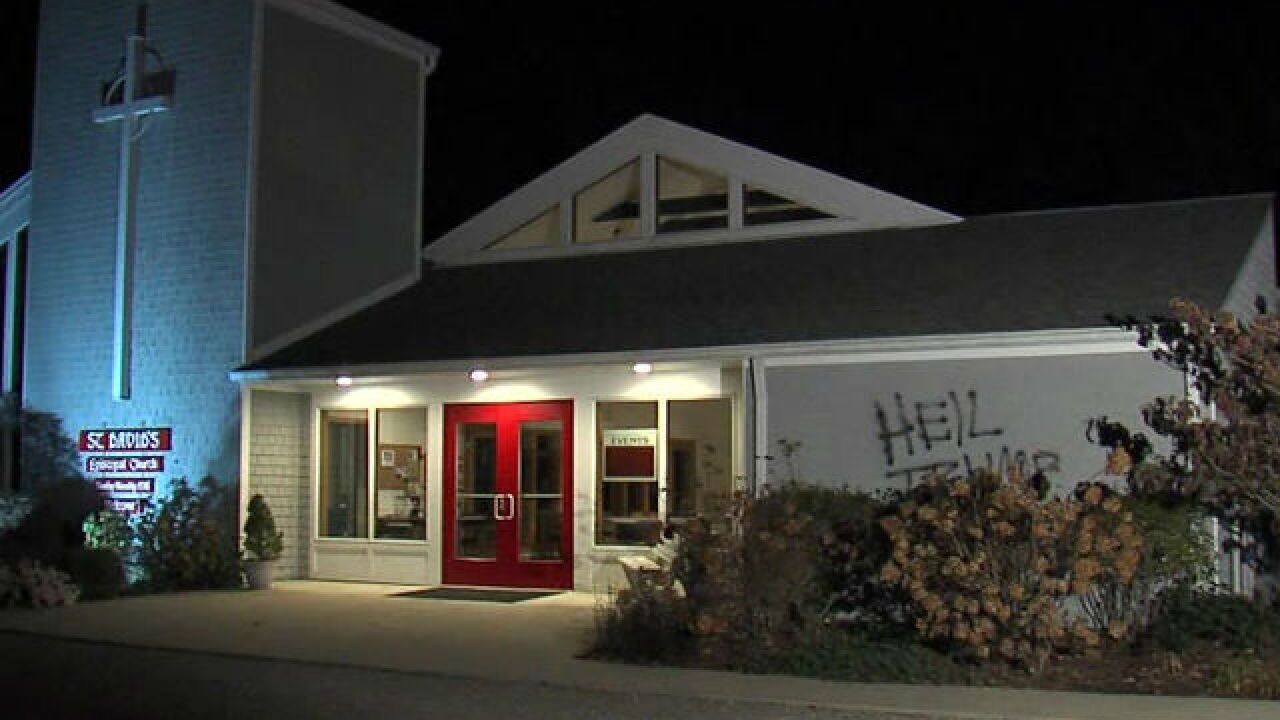 BEAN BLOSSOM, Ind. -- Somebody defaced a church in Brown County, Indiana Saturday with an anti-LGBT slur and an anti-semitic symbol.

A swastika, the words "Heil Trump" and a gay slur were painted on the church.

It's unclear who vandalized the church, but the pastor is holding off on removing it. She believes it can help start an important community discussion.

The church has been in Bean Blossom, Indiana for 59 years. Hutto said the church has never been targeted like this before.

On Monday, the Brown County Sheriff's Office released a statement saying the case had been shared with an investigator on a statewide hate crime task force:

On Sunday morning, November 13th, 2016 the Brown County Sheriff’s Office received a report of Criminal Mischief to St. David’s Episcopal Church in Bean Blossom, Brown County, Indiana. Derogatory remarks have been spray painted in three places on the outside walls of the church. A representative of the church said they have had no problems with anyone in the area.

The initial report has been shared with a state investigator, who is assigned to a hate crime task force, to determine if there are any similarities to other crimes in the area.

The case is under investigation and there are no suspects at this time. There is no indication this event is related to any other crime in this county.

“This act does not reflect the values of the people of Brown County, who are generally very tolerant, except to people who commit crimes of this nature," Brown County Sheriff Scott Southerland said.

According to the Southern Poverty Law Center, there have been 201 incidents nationwide of "hateful harassment or intimidation" since Election Day, through 5 p.m. Friday. Three of those 201 were in Indiana.