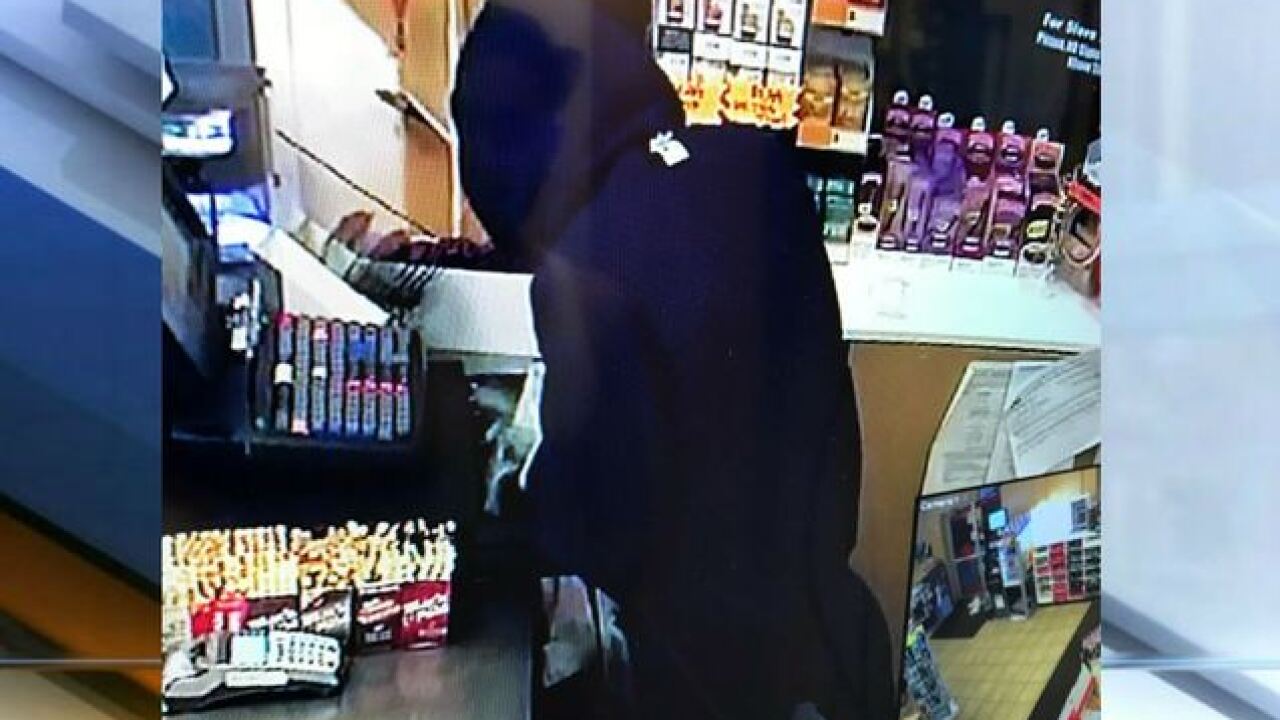 Copyright 2018 Scripps Media, Inc. All rights reserved. This material may not be published, broadcast, rewritten, or redistributed.
Marion Police Department

MARION, Ind. -- Police in Marion are searching for a suspect accused of robbing a convenience store and attacking a clerk with a hammer.

The Marion Police Department officers were called to the Marion Pantry on South Washington Street just after 10 p.m. Saturday.

The 20-year-old clerk told police that he was at the door of the business when he saw a man wearing dark clothing come running towards him. The clerk said he tried to hold the door closed but the suspect used his foot to pry it open and then smashed the clerk’s hands.

The clerk told police that he fell to the floor and was struck multiple times with a hammer on his hands and upper arms until the suspect made him get up and open the cash register.

Police say the suspect took an undisclosed amount of money from the register, a bag of candy, cartons of Newport and Marlboro cigarettes and Bic lighters before running from the store.

The suspect was wearing a mask, blue hooded sweatshirt, black pants, black low top sneakers with white colored soles and gloves at the time of the robbery.

The clerk was taken to the hospital by a friend to be treated for his injuries.