MARION, Ind. -- Police are investigating the deaths of two teens as a murder-suicide in Marion.

Officers were called to the home in the 400 block of East Lincoln Street around 2:30 a.m. Sunday.

According to the Marion Police Department, Byer was spending the night at her father's home. Her father was at work at the time of the incident.

Investigators say they believe the incident was "due to the termination of the relationship between Byer and Page."

Investigators did collect a handgun at the scene.

The Mississinewa School Corporation issued a statement regarding their deaths Sunday afternoon. 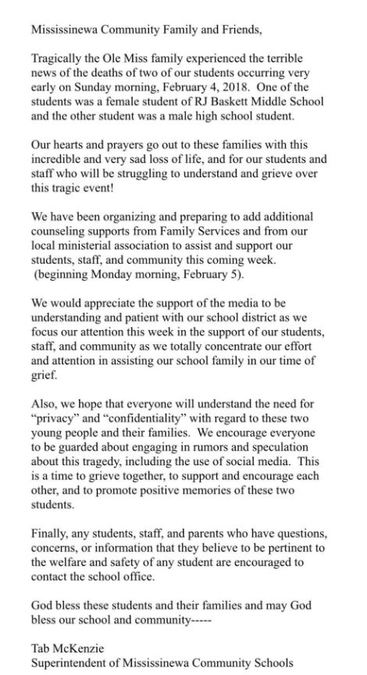