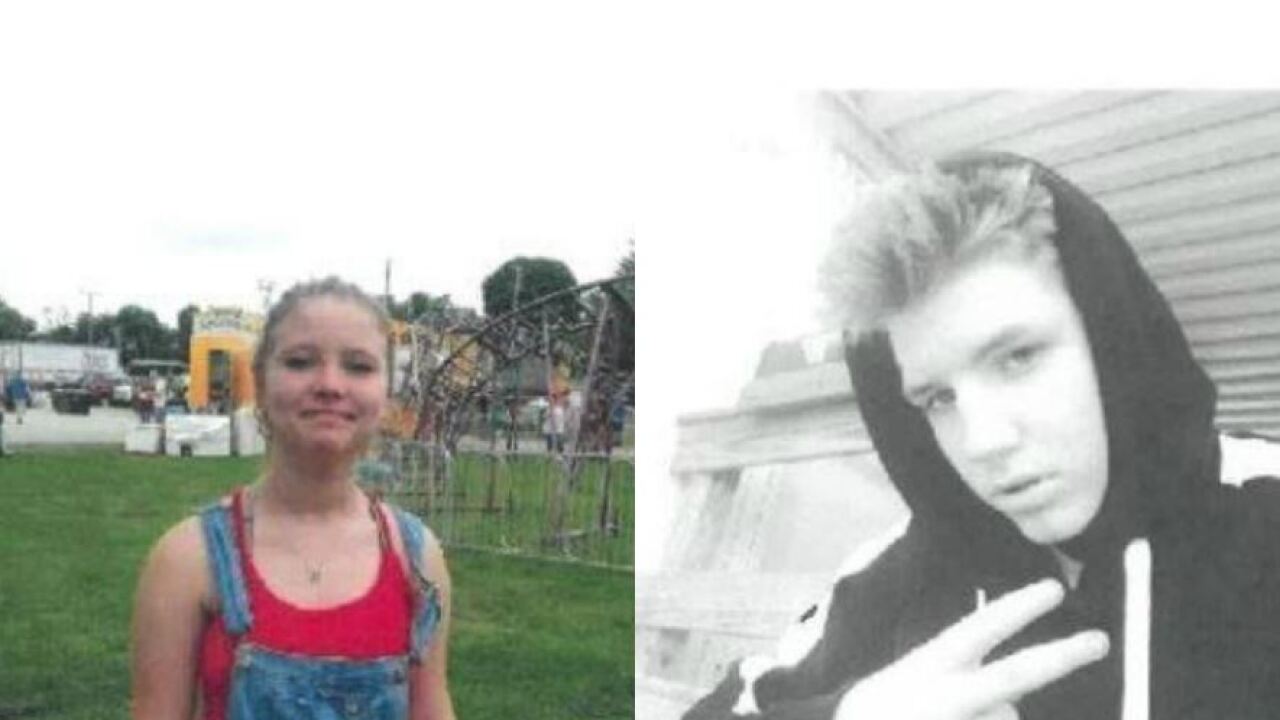 UPDATE: Greenfield Police updated their post just before Tuesday afternoon to say that both kids were found and are safe.

GREENFIELD — Police in Greenfield are asking for the public's help to find two 12 year olds who were reported missing on Monday.

Elijah Paul-James Schenk and Makayla Flowers were last seen in the area of the Waterview addition in Greenfield, running into the woods, according to police.

Elijah and Makayla may still be together and are believed to be runaways.

Anyone with information on where the two children might be should contact the Greenfield Police Department at 317-325-1284 or Hancock County Dispatch at 317-477-4400.