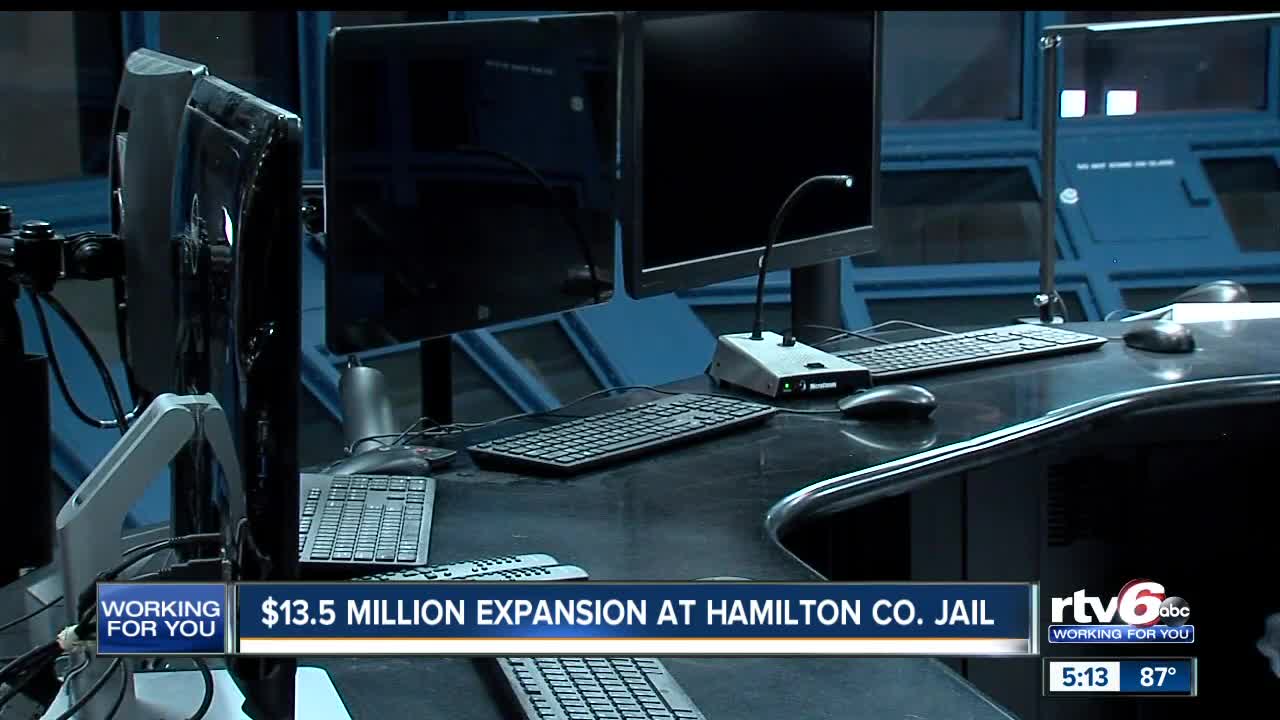 NOBLESVILLE — Hamilton County hosted a ribbon cutting Friday for its expansion of the county's jail.

The Hamilton County Jail received a $13.5 million expansion and added 120 beds allowing it to hold more than 400 inmates. The Hamilton County Sheriff's Office said a change in state law in 2016 caused an overcrowding problem at the jail.

That law requires lower-level felons to serve their terms in county jails rather than state prisons. The jail was built 25 years ago and held 296 inmates before the expansion.

GALLERY | Take a look at the Hamilton County Jail expansion

Inmates will move into the new facility on July 8.