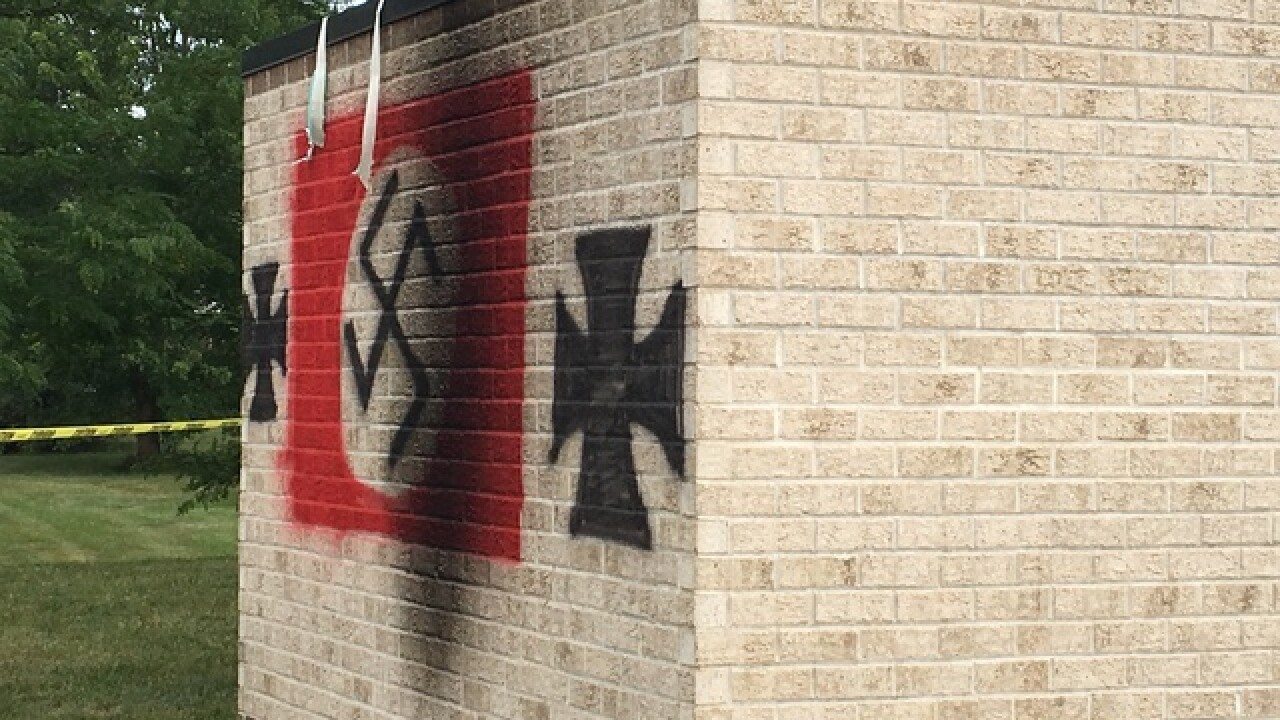 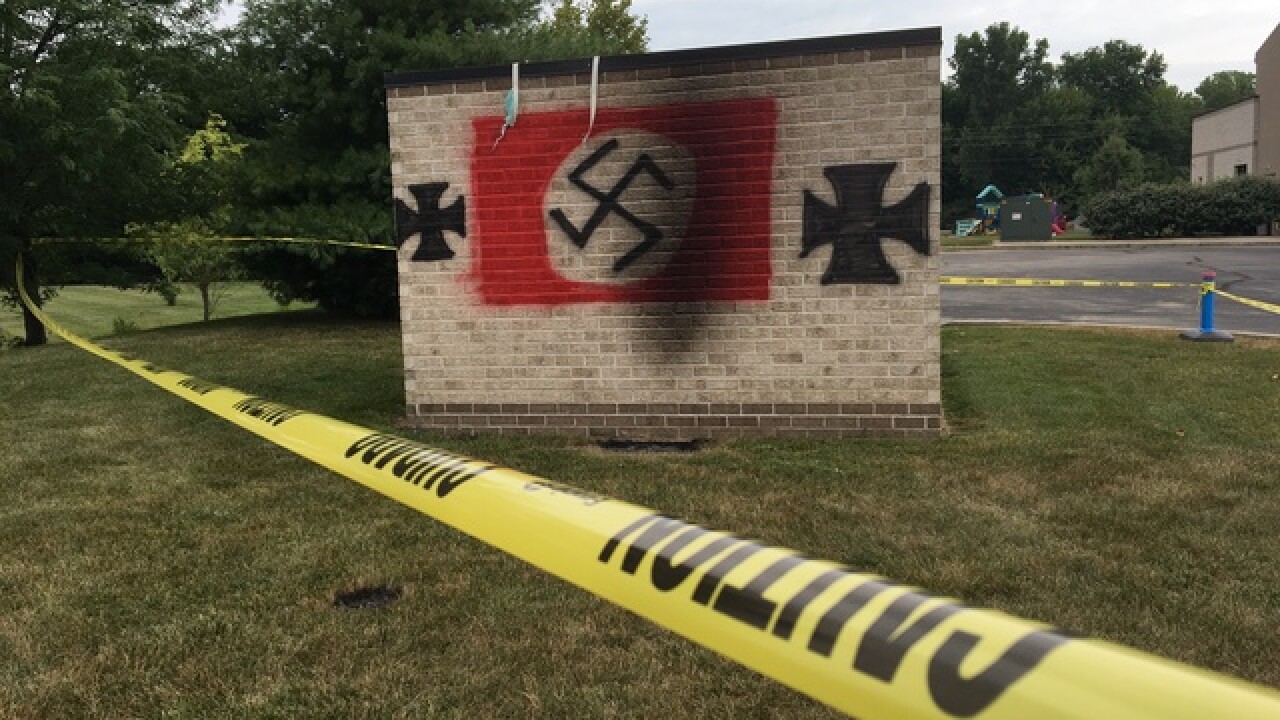 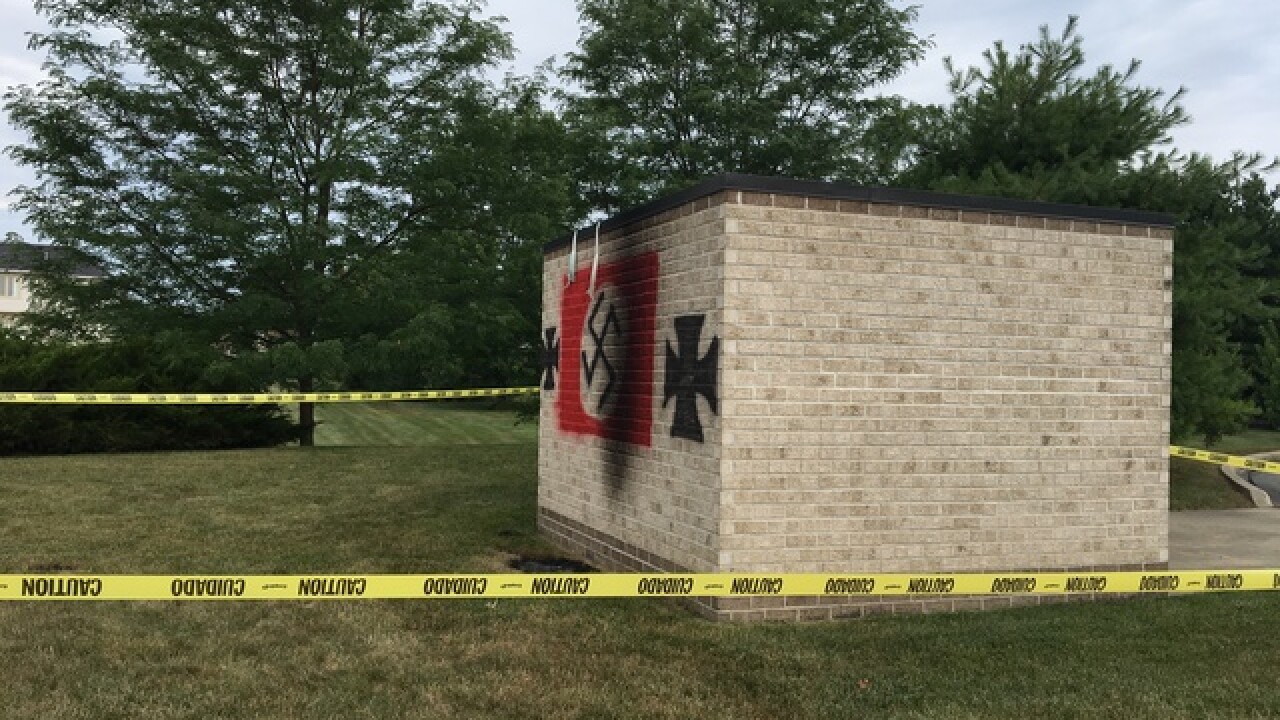 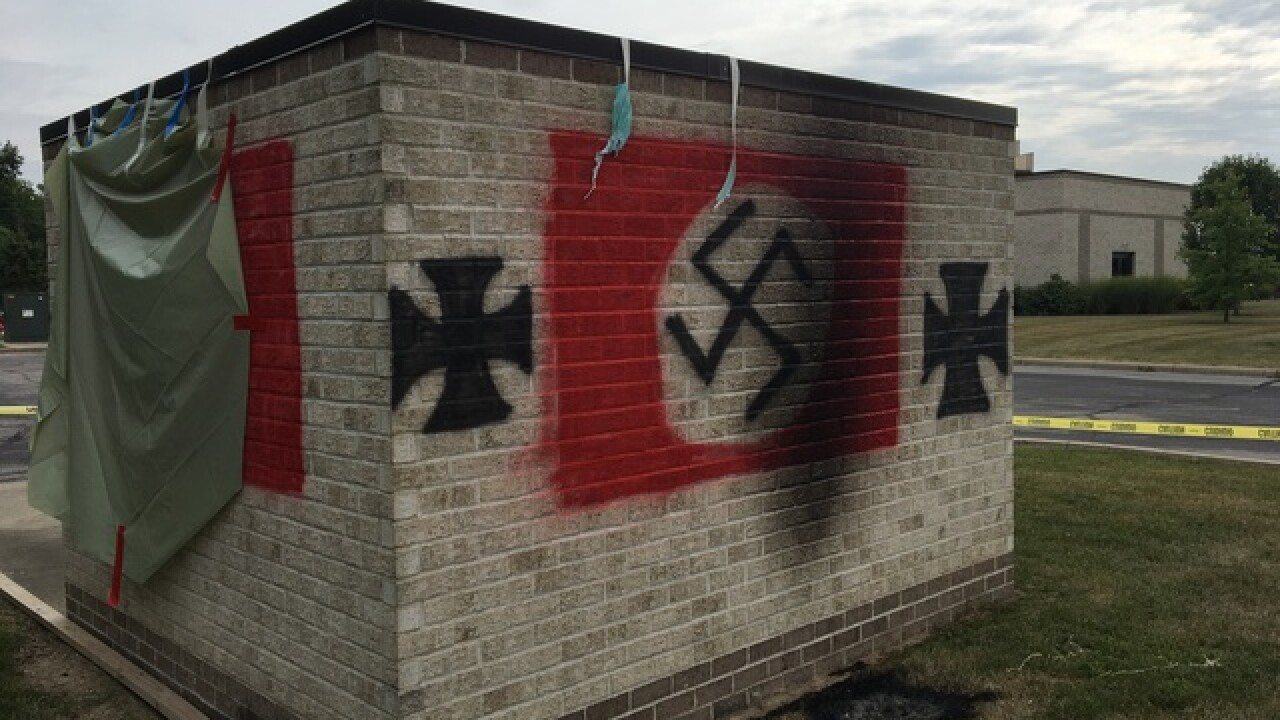 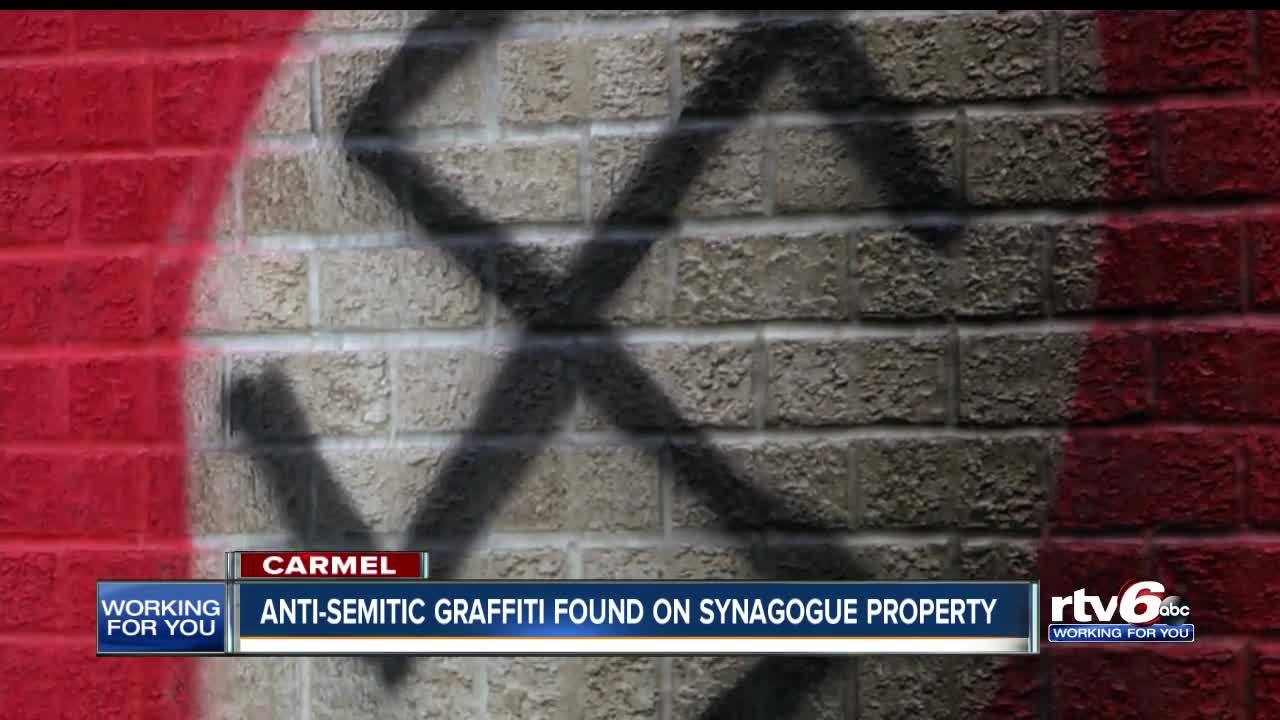 CARMEL, Ind. -- The FBI is working with Carmel police to investigate anti-Semitic graffiti which was discovered at a Carmel synagogue early Saturday morning.

Swastikas and iron crosses were painted on a shed and garbage bins at Congregation Shaarey Tefilla in the 3000 block of W. 116th Street in Carmel.

Freedman says the vandals were also seen on video burning something in front of the garage. It is unknown what was set on fire.

The synagogue is working with other Indianapolis congregations to make sure they are aware of the incident and can take appropriate measures.

The congregation says it is comforted by the outpouring of community and interfaith support.

“We are deeply disappointed in the horrific vandalism that occurred at our Congregation," Shaarey Tefilla Rabbi Benjamin Sendrow said in a statement released Sunday. "Intolerance, hatred, and violent acts against Jews are significant realities today. The response to this heinous act affirms that America is collectively outraged at these hateful acts in our neighborhoods.”

The Indianapolis Jewish Community Relations Council says they are offering their assistance to Congregation Shaarey Tefilla.

Yesterday’s preliminary statement on synagogue vandalism with corrected date. We apologize for any confusion. pic.twitter.com/TTxZgxzHHB

Carmel Mayor Jim Brainard says he condemns the actions of those responsible for the graffiti and will hold them responsible.

His full statement can be read below:

"I strongly condemn the actions of those responsible for defacing a structure at the local Congregation Shaarey Tefilla in Carmel. There is no place for this kind of hatred in Carmel and it does not reflect the respectful and welcoming nature of the vast majority of our residents who come from many different cultural and faith backgrounds.

As we are reminded each year during our city's Holocaust Remembrance Ceremony, we must never forget and never stop fighting against the hatred that led to the murder of 6 million Jews. These images that represent the ideas that led to those crimes are not reflective of what our City stands for.

I want to assure the Congregation Shaarey Tefilla and all of our residents that our Carmel Police Department is already investigating this incident and when apprehended, those responsible will be held accountable."

Sickened and appalled by the cowardly act of vandalism at Congregation Shaarey Tefilla; a beautiful synagogue in Carmel, Indiana where I have many good friends. Those responsible must be held accountable. These vile acts of anti-Semitism must end. https://t.co/0h6rKPilda

My friend @CSTRabbi I stand with you and your entire congregation! 29JUL2018 https://t.co/84GbcXkkMM

My complete statement regarding the recent news on the act of antisemitism perpetrated yesterday against Congregation Shaarey Tefilla in Carmel >> https://t.co/OPqQZC3TjW pic.twitter.com/LpOYiXgdFD

“This morning, I contacted Indiana State Police Superintendent Doug Carter and made sure state police offered to fully assist the Carmel Police Department and the FBI in bringing those behind the repulsive acts of desecration at the Congregation Shaarey Tefilla to justice.

The cowards responsible for these crimes always hide from public scrutiny precisely because they know their actions will be soundly rejected by their neighbors and are not consistent with who we are as a society.

We will work to help find those responsible and hold them accountable to the fullest extent of the law.”

RTV6 has reached out to Carmel police by email for more information on the case. Carmel police Sgt. D.J. Schoeff says the department may have more details to release on Monday.

The FBI says they are working with Carmel police on the investigation.